Niccolò Paganini (1782-1840), one of the greatest violinists who ever lived and rumored to have made a pact with the devil, has somehow transferred unique powers to another… When violinists around the world mysteriously vanish, 16-year-old Emma Braun takes notice. But when her beloved violin teacher disappears… Emma takes charge. With Sherlock Holmes fanatic, not to mention gorgeous Corey Fletcher, Emma discovers a parallel world ruled by an ex-violinist turned evil sorceress who wants to rule the music world on her own terms. But why are only men violinists captured and not women? What is the connection between Emma’s family, the sorceress, and the infamous Niccolò Paganini? Emma must unravel the mystery in order to save her teacher from the fatal destiny that awaits him. And undo the curse that torments her family—before evil wins and she becomes the next luthier’s apprentice…

Mayra Calvani writes fiction and nonfiction for children and adults and has authored over a dozen books, some of which have won awards. Her stories, reviews, interviews and articles have appeared on numerous publications such as The Writer, Writer's Journal, Multicultural Review, and Bloomsbury Review, among many others. She's represented by Serendipity Literary. She lives in Belgium with her husband of 25+ years, 2 wonderful kids, and her two beloved pets. When she's not writing, reading, editing or reviewing, she enjoys walking her dog, traveling, and spending time with her family. 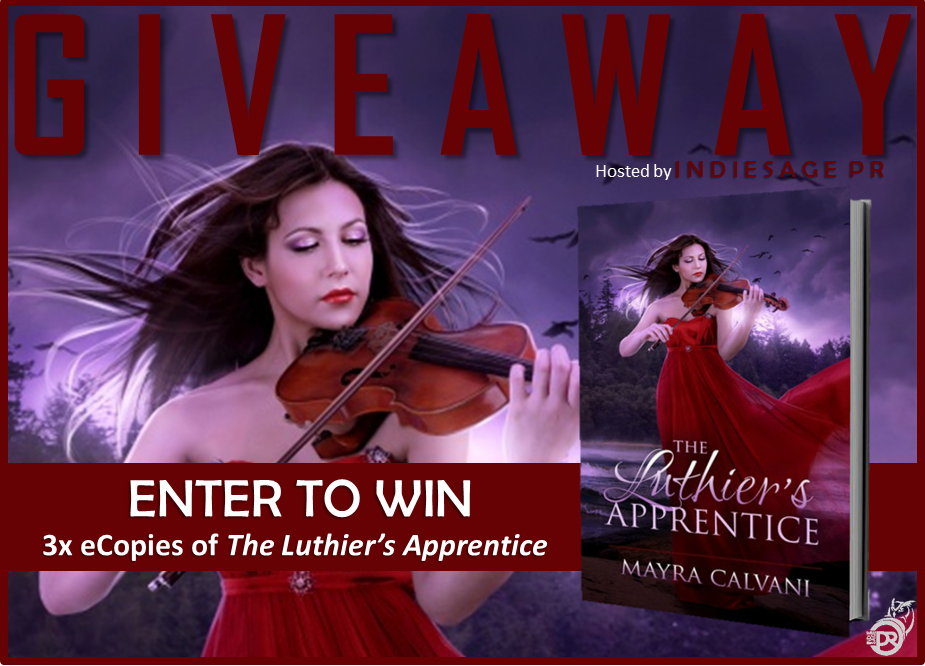