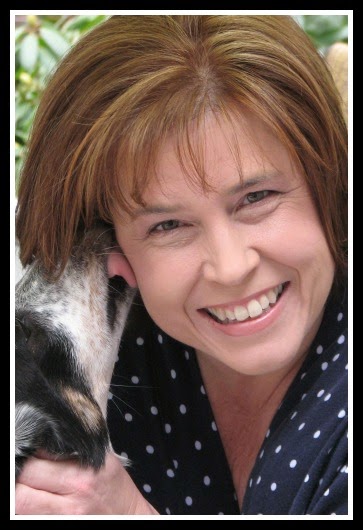 Colleen Connally is a pen name of Jerri Hines. Under Colleen Connally, she has written a historical romance series, Secret Lives, which is riddled with romantic suspense. The Secret Lives consists of Seductive Secrets, Broken Legacy and Seductive Lies. Fragmented, Book One of Boston’s Crime of Passion, marks Ms Connally’s first contemporary suspense thriller.   One can find other historical series under Jerri Hines, including Winds of Betrayal and Tides of Charleston. Coming soon, she will release a Civil War saga, Southern Legacy, beginning with Belle of Charleston. She is also a supporter of The One Fund, a charity supporting the victims of the Boston Marathon Bombing, and Alzheimer’s Association.

Into the Mind of a Woman of Murder and Mayhem

My inspiration for writing murder and mayhem is real life. I’m an avid reader and love a good mystery. But my writing comes from real life scenarios. I’m a huge fan of the books of Ann Rule, the Queen of True Crime. Growing up, I was fascinated with my grandmother’s Reader Digest.  I expanded my interest to present day true crimes, especially of writers such as Ann Rule, the Queen of True Crime.

I hold a fascination with the psychology of a murderer. To write a convincing murder/mystery, you need to understand the motivation of the killer. Ann Rule has tackled some of the most horrific crime stories including Ted Bundy and Diana Downs. But what she has done is given insight into their lives which helps when someone like myself dives into creating a fictional story.

I write romantic suspense. I have tried to write a sweet romance, but the story always turns with the heroine finding herself in mortal danger. Real life has inspired many of my stories. Irene Sandler inspired Broken Legacy. Although Broken Legacy is set during the French Revolution and Irene Sandler lived during WWII, she was a shining example of bravery in the face of untold odds. Irene Sandler saved hundreds of children by working with the Polish underground against the Nazi. Her life showed me the courage of a woman and the extremes they will go to when saving innocents.

To me, a mystery is a puzzle needing for the puzzle pieces to fit together to show the whole picture. When I write, I want the reader to feel as if they are there. I want to make it feel real… 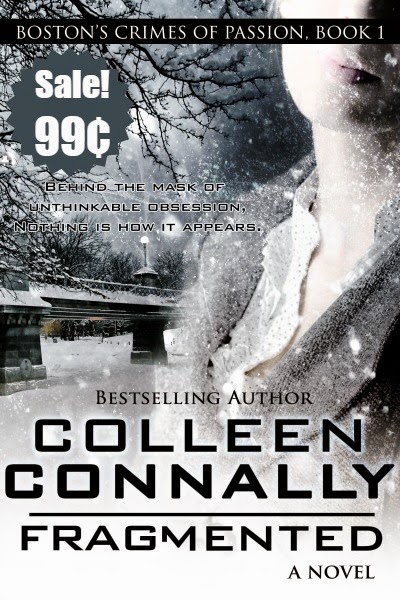 The first in the Boston’s Crimes of Passion Series! A pulse-pounding thriller! Ms Connally’s first murder mystery delivers! Suspenseful…shocking…a psychological thriller— leaving readers on the edge of their seat. Cameron Quinn is caught in a web of deceit. Protecting her brother from being framed for a murder places Cameron in untold danger. When the real killer diverts his attention to her, she has nowhere to turn, especially not to the man she shared one unforgettable night… who now is trying to put her brother in prison. A “must read” for any suspense lover!

She would do anything to protect her family...
Cameron Quinn watched her father fall into a world of despair after being falsely accused of causing her mother's death. Now, her brother is a suspect in a crime she knows he's not capable of committing. She'll risk everything to save her brother from the same fate as her father, even destroying evidence that implicates him in a series of murders.

He would do anything to win a case...
ADA Darren Kennedy is known as ‘the bulldog.’ He doesn’t lose. When a killer emerges on the streets of Boston, he’s dead-set on putting that killer behind bars...along with anyone that stands in his way.

A killer would do anything to get his heart's desire...Cameron soon discovers that the police aren't the only ones who suspect her of covering for her brother. The murderer is still out there and he isn't happy his plans have been disrupted. Now, the twisted psychopath has turned his attention towards Cameron and will stop at nothing until he has her in his control. 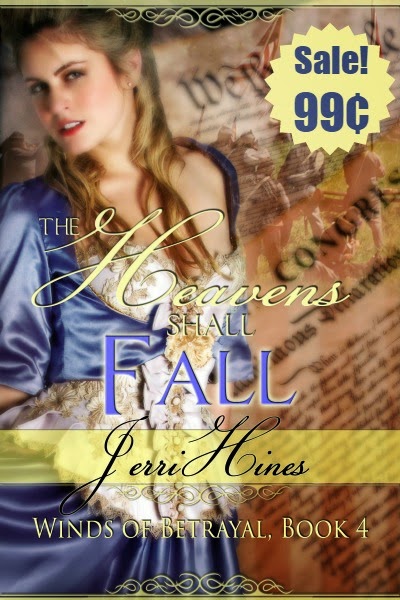 The Heavens Shall Fall
by Jerri Hines

Be swept up within the Winds of Betrayal saga! Captivating!
Spies and Traitors; Love and Betrayal!

The world of spies and traitors-love and betrayal converge on the path to the ultimate betrayal--the treachery of the American's most infamous turncoat, General Benedict Arnold!

The cry for Freedom is at its darkest hour!

After the devastating loss at Saratoga, the British respond with a vengeance, aiming at taking a strategic hold on the South. In New York, the American spy network is in turmoil, leaving Rupert Arnett to pick up the pieces. Never has it been more dangerous, but never has the stakes been higher.

Under siege by the RedCoats, Charles Town collapses, giving the Americans their most humiliating and worse defeat of the war. When Dr. Jonathan Corbett is taken prisoner, Rebekah faces her greatest personal challenge...for the only way to save her husband's life is to betray his trust. She turns to the one man Jonathan despises the most, General Marcus Durham.

On the return of Major John Andre to New York, Rupert recognizes something is amiss. The British intelligence seems to know Washington's every move. Pressure mounts on him to discover what the British have planned. Amid untold dangers, Rupert turns to his one operative that can uncover the truth.

Now, time is of the essence. The crucial hour of the revolution is upon the Americans. There is a traitor in their midst. Can the network determine who the traitor is before all is lost? At what cost? Who one will pay the ultimate price for the cry of freedom?


Meet the rest of the #eNovAaW
Women of Murder, Mystery & Mayhem

Author, Mimi Barbour, has five romance series at this time. The Vicarage Bench, a Spirit-travel, Time-travel Series / Angels with Attitude Series – Angels Love Romance / The Vegas Series—fast-paced, thrilling and loved by readers / Elvis Series—make an Elvis Song a book, and her latest suspense series with gritty characters, constant conflicts and emotional highs and lows sharing humor on every page, The Undercover FBI series.
“Mimi says - I’ve taken early retirement on Vancouver Island to spend my days and many nights, hovering over my computer and spinning the stories that have been vying for my attention over the years.
My husband is supportive, drags me out to feed me and plans occasional forays into the outside world. I have a son who makes me happy I was born a woman so I could be his mom, and a niece whose family adds to my full cup of happiness. 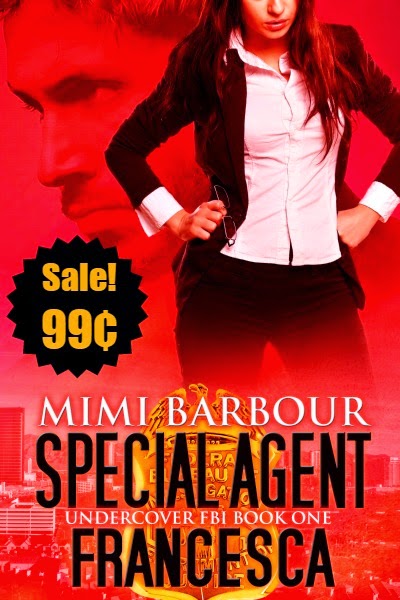 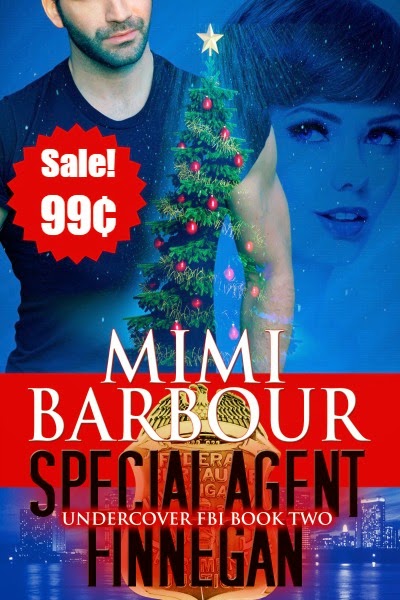 
A Navy brat and graduate of the University of California, Santa Cruz, LORRIE FARRELLY is proud to be a Fightin' Banana Slug. Following graduate school at Northwestern University, she began a career in education that included teaching art to 4th graders, drama to 8th graders, and finally, math to high school students.

She's a three-time winner on "Jeopardy!" She has shepherded wide-eyed foreign exchange students along Hollywood Blvd, and has happily curried and shoveled as a ranch hand at Disneyland's Circle D Ranch. And always, she writes.

Lorrie has won a Presidential Commendation for Excellence in Teaching Mathematics. She's been a Renaissance nominee for Teacher of the Year and a finalist for the Orange Rose Award in romantic fiction. Her novels have been awarded Readers' Favorite 5-Stars. TIMELAPSE and TERMS OF SURRENDER are winning MEDALISTS in the 2014 READERS' FAVORITE INTERNATIONAL BOOK AWARDS. Lorrie and her family live in Southern California. 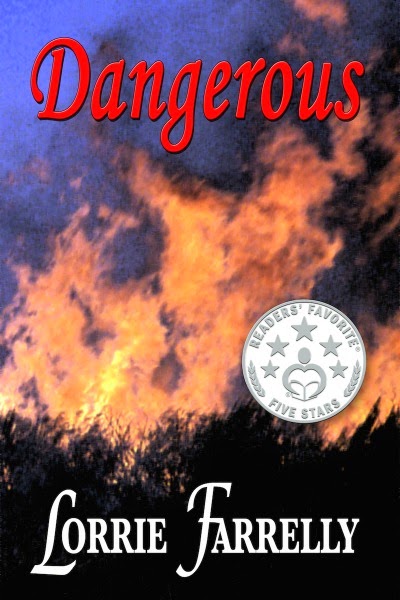 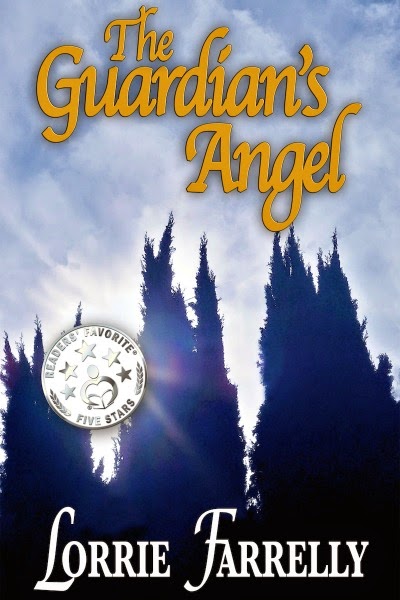 
What happens when a Jersey girl falls in love with the Florida sunshine? Lois's life changed when she made sultry Tampa her home. It might have been the subtropical heat that forced the stories out of her head and into the books she writes. The southern migration has allowed her to pursue her passions; cooking for family and friends, growing orchids, and learning tennis. Her food blog, the Culture and Cuisine Club, continues to push the envelope of dinner club creativity. She's obsessed with art in all forms, and her interests are the entrées that fill her books with a fillip of sexy seasoning to spice things up. On most weekends she can be found enjoying the perfect cocktail with close friends. 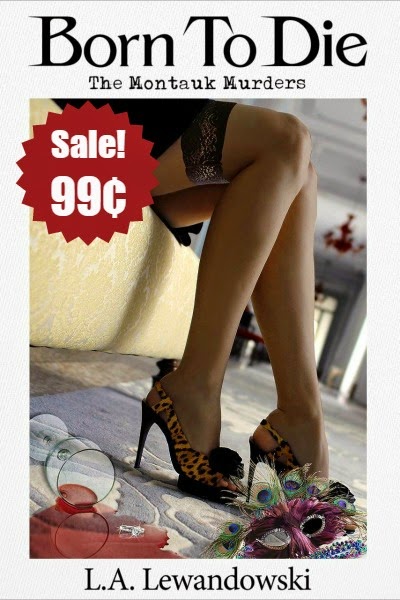 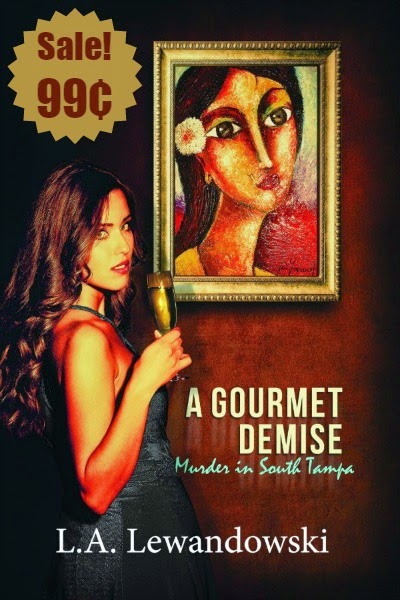 
Julie Frayn pens award-winning novels and short stories that pack a punch. And a few stabs. She has published three novels and two short, short story collections. Her work has won two gold medals in the 2013 Authorsdb cover contest, and the Books and Pals 2014 Readers’ Choice award for women’s fiction.

A bean counter by day, Julie revels in the written word. When she is not working or writing, she spends as much time as possible with her two children (grown adults, really), while they still think she’s cool. 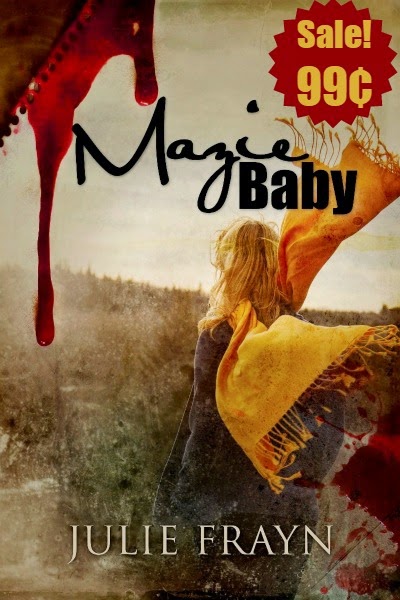 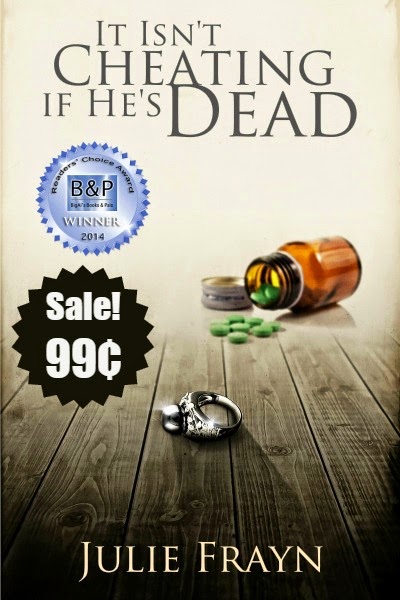 So what or who is #eNovAaW?

We are dedicated to helping one another to understand the challenges facing writers in the digital universe.

Everything we discover will find its way into these pages, to help authors and readers alike to navigate the ever-changing world of books.

Our goal is all about THE BOOK. We help each other to get our books noticed and expand our audiences. Indie Publishing is constantly changing, and we do our best stay informed.

Our members can participate in individual and group promotions.

Whether an author has published one book or ten, success requires diligence, dedication, and focus. We don’t know all the answers, but we are learning who to ask, who to listen to, and how best to use the tools available to sell BOOKS.

While we respect an author’s choice in what he or she writes, we do not promote erotica, gratuitous sex, or violence.

Right here is where you can subscribe to our newsletter (at the top of the sidebar on any page). eNovel Authors will only land in your mailbox when a good book is free 99 cents or a special deal . Now and again we’ll tell you about a new release, a blog hop, or a book we discovered that made us laugh or cry or dream.