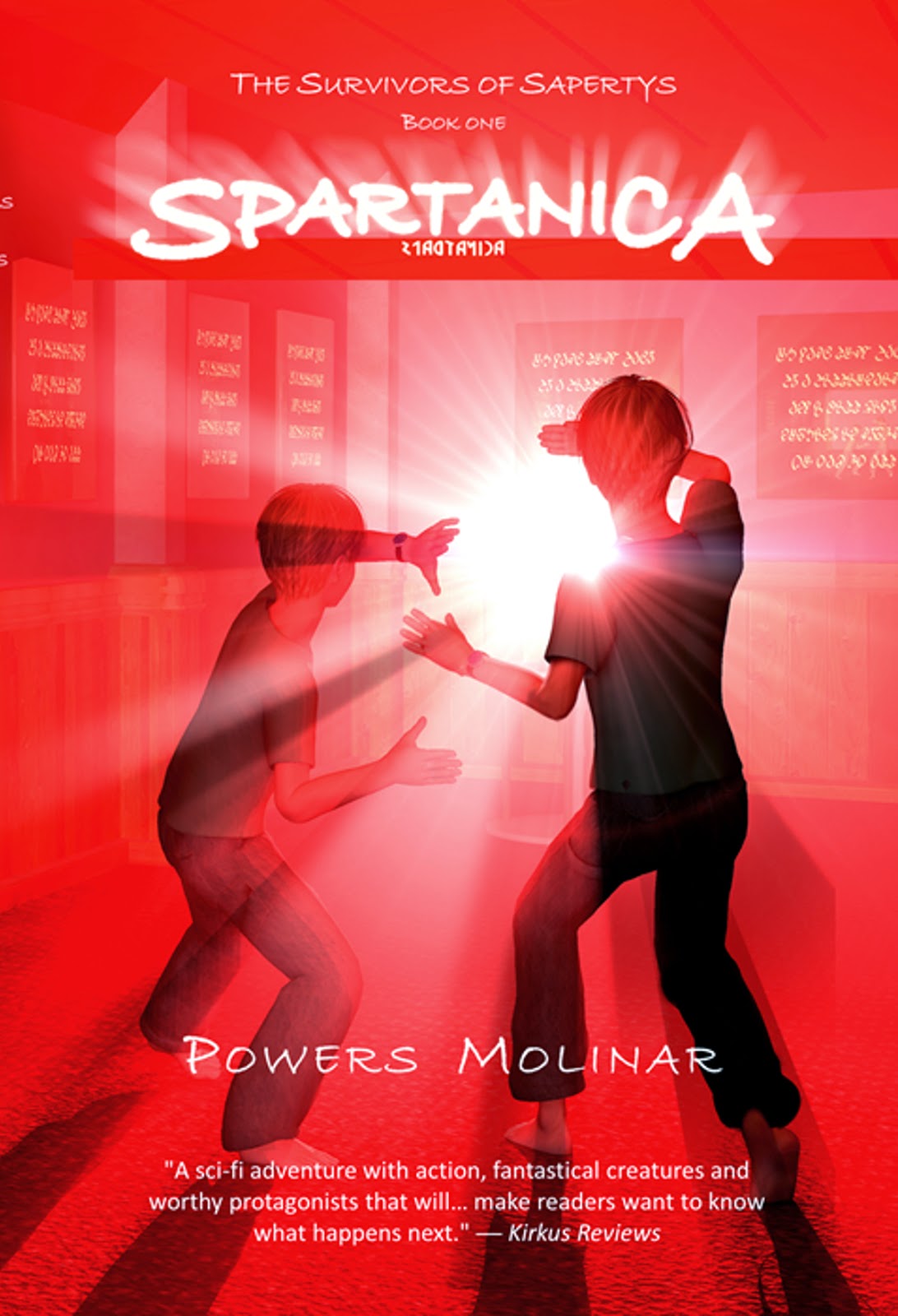 Spartanica, the first book in The Survivors of Sapertys Series, is an engaging young-adult/teen science fiction adventure novel that traces the fates of middle-school brothers Ty and Marcus Mitchell after they find themselves abandoned among the apocalyptic ruins of a decimated metropolis on a parallel world.

Wanting nothing more than to survive long enough to get home, the boys soon learn they only have seven days to escape as they find themselves suddenly embroiled in a contentious battle for planet-wide domination against ruthless, animalistic desert warriors called the Desrata.

The brothers soon find they aren't completely alone in their quest as they befriend young survivors of Spartanica's "last day" and come together to forge a unified front against their common foe.  But are these kids truly fugitives from the Desrata death camps, or are they hiding something deadly?

Never quite sure exactly who to trust, Ty and Marcus stumble upon ominous realities about Spartanica that they never could have suspected.  How could it all be true?  How could this have happened?  Will they ever get home?

Hold on tight. The truths hidden in and around Spartanica are sinister and shocking.  Enjoy the ride!

I was given book for honest review. Ty and Marcus travel to another world/dimension to be reunited with family. There they gain powers, fight evil, and dare I say crush a little. I got engrossed in this book. Trying to figure out if it was all a dream or if it was really happening as they thought. Great sci-fi adventure for the young at heart.

Powers Molinar writes most excellent young adult science fiction stories because he desperately wants kids to read more. He’s seen, first-hand, how a healthy appetite for reading has helped his kids succeed in school and hopes to help spread the same to kids worldwide through his literary works.

Powers and his family live under the cupola near Chicago where he works as an IT Project Manager until he can write full-time.