Good girls don’t do one-night stands… If there’s one thing Lyssa Rivera knows, it’s that good girls don’t do one-night stands. But it only takes a few hours in the company of sexy businessman, James Everly, to change her mind. All she wants is a night of sin with the man who’s admittedly way out of her league. Then she can go back to being painfully, boringly good. James Everly doesn’t do relationships, not after the horrible example set by his parents. When he meets a luscious, irresistible woman at his favorite bar, he’s more than ready to show her a night of ecstasy, but that’s all it could ever be. He certainly never plans on seeing her again. Yet when he shows up at his meeting the next morning to woo a venture capitalist, he’s shocked to find his competition is the very woman whose bed he just left. James knows he should stay away. He’s no good at long term, and that’s what a woman like Lyssa deserves. But as the two vie for the investor’s attention, he finds himself struggling to choose between the family business and the woman whose touch makes him burn with desire.

Rosalie Lario is the author of the contemporary romance series, THE EVERLY BROTHERS, as well as the paranormal romance series, DEMONS OF INFERNUM and THE FALLEN WARRIORS. Rosalie double majored in Anthropology and Classics as an undergraduate student, and briefly considered becoming an archaeologist before realizing they don't actually live the life of Indiana Jones. So what was a classical geek armed with a lot of useless knowledge to do? Become a lawyer, of course!
After attending law school in Florida, she practiced real estate law for several years before finally admitting to herself that negotiating contracts wasn't nearly as fun as dreaming up stories. When not writing, you can find her on a boat somewhere along South Florida's waterways, chasing down a rainbow or pretending to be a pirate.
Website • Blog • Twitter • Facebook • Goodreads 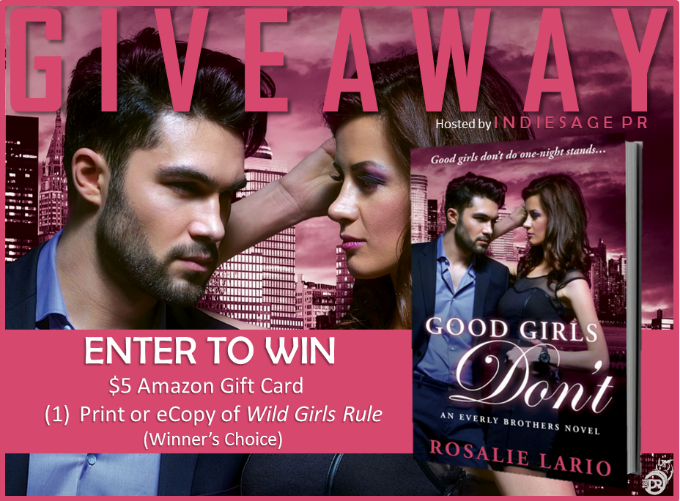