Having a baby doesn’t always come easy, at least not for Amanda and Connor Kirkpatrick. For five years they’ve worked at starting their family. Timed lovemaking and failed fertility treatments drain the romance from their marriage. Then Connor’s sister McKenna, a Chicago midwife, links them up with Angie from her natural childbirth class. Young and unmarried, Angie is looking for a home for her baby, due shortly after Christmas. At the same time, the couple begins working with Dr. Logan Castle on a new in vitro technique.
But Amanda is afraid to hope her dream might finally come true, irritating the heck out of Connor. They’re at odds when heavy snow almost cancels the baby shower organized by the Kirkpatrick clan. Amanda’s parents haven’t even responded to the invitation. Have they given up on ever becoming grandparents? As Amanda and Connor teeter on the brink of Christmas hope, life bestows a surprise that could bring everything back into focus. The Christmas Baby Bundle is a heartwarming holiday novella.

Barbara Lohr writes contemporary romance, adult as well as New Adult, often with a humorous twist. Her early career included teaching writing and lit, while writing theater and book reviews for the local newspaper. When her career broadened to advertising and marketing, her love of literature and writing remained. Eventually, national magazines published more than two hundred of her short stories. Today she concentrates on novels and novellas with feisty women who take on hunky heroes and life’s issues. Barbara lives in the Midwest with her husband and their cat, who insists he was Heathcliff in another life. In addition to travel, her interests include outwitting the deer that insist on sharing her beloved garden. Her Windy City Romances series present Vanessa, Amy and McKenna and the men who are a match for these three high school friends. 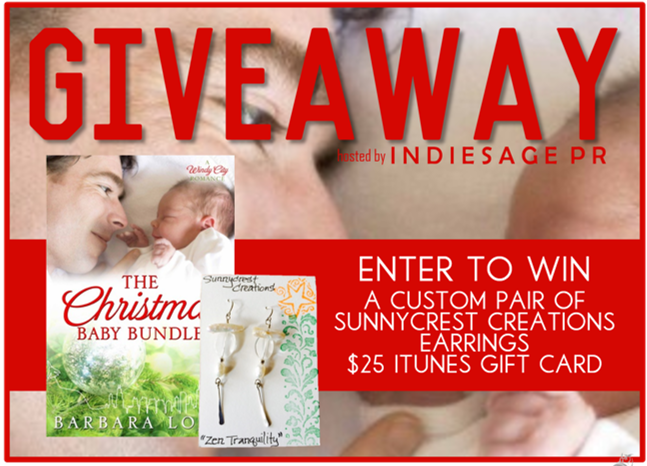