Liam Gallagher was one of the most notorious hackers in the cyber world. Known for his high profile hacks and superior cleanup skills. Until he got pinched, and hit with a forty-eight month sentence for a crime the feds still can't quite figure out.
Taking Pierce Eaglemohr's offer to work for Hawk Global Industries, in exchange for his hacker skills, was a no-brainer. His only other option was to stay in jail, with the threat of not making it out alive. There was only one condition. No past, no memories. With no real friends or family tying him down, he takes the deal and assumes a new identity working as the head of IT for one of the fastest growing corporations in the defense industry.But he wasn't the only one.Part of a trio of ex-cons, Glitch's tasks increased in level of danger and risk until he was just as lethal with a keyboard as he was with a gun. Together, his partners in crime formed a bond so tight that it helped to make up for the family and friends they left behind. The work was easy, the money was good, and they were out of jail so life was good. When a simple hack job turned wrong ends with him face to face with a tech savvy beauty from his past, he realizes for the first time how much he gave up. And how little Eagle values his work or his life. When Glitch learns that the very man who gave him a new start is the one who is threatening to take it all away, he devises a plan for the trio to retire into obscurity. Now, he leads the Hitman crew on their task of breaking out of the nasty web of corruption that Eagle has ensnared them in. Things are going to get pretty nasty along the way, even a little sexy, but it's all in a day's work for a Corporate Hitman.

EXCERPT
From the driver’s seat, Glitch strained to see what was happening in the rearview mirror while trying to keep his eye on traffic. His tension was growing by the minute, and something about the little exchange between their mark and Scratch had set him off. There was something about that voice, and the fact that he only knew one woman who liked to call men nut sack lickers.

The loud blaring horn of a garbage truck snapped him back to attention as he swerved to keep from crashing with the truck head on.

“Jesus Christ,” Scratch bellowed from the back of the van. “Yo! You need to get a fucking grip,” he continued to bark at Glitch.

“You just watch the fucking road and let me do my job,” Scratch retorted.

“Just ask her fucking name!” Glitch was wired from the anxiety and excitement pumping through his veins. His instincts were never wrong, and right now they were telling him exactly who the woman with the stellar computer skills and potty mouth was. He just wanted confirmation.

“You heard him, Doll. Tell the nice man your name,” Scratch ordered. He would wait until later to deal with whatever was up Glitch’s ass. He glared at the woman expectantly. Waiting for her to curse him again or refuse, but her entire expression changed when she heard Glitch’s voice. As if she’d seen a ghost.

“Hex,” she whispered. Her face now anxious as she chewed her bottom lip.

“What?” Both Scratch and Glitch asked at the same time.

“She said Hex,” Jack added. He was now eyeing her with thinly veiled suspicion.

Glitch felt his blood run cold. He knew it. The way the hacker had mirrored his own program against him. The way they taunted him, only running their rogue program after business hours.  Hex was the only hacker who had ever challenged him like that. She was also the only woman who ever held his interest. Made him feel things that he thought he was immune to.

When he got locked up, there was no way he could contact her without getting her involved in his mess. Any contact would have led the cops straight to her, and Glitch wouldn’t have that. He’d rather man up and take the fall to protect her. But when Eagle brokered his deal to freedom, one of the consequences was to sever all ties to his past. That meant no going back, so he never contacted her again. He felt it was safer that way, for both of them.

Now, here she was. Tied up and terrified as Scratch and Jack looked like they are about to nullify her life expectancy. They had no idea who she was or what she meant to him. But he knew, and a flood of memories assaulted him as if to make sure. The way she laughed at all his corny jokes. The funny faces she would make when she taunted him about his work. The many nights they spent chatting via webcam until her eyes were heavy with sleep. The longing he had for her had never gone away. And now she was here.

“Wait,” Glitch called out. Making a quick right turn, he pulled into the parking lot of a hardware store. The van wouldn’t stick out like a sore thumb here. Cutting the engine, Glitch took a deep breath before handing the keys to an already high-strung Jack, giving him something else to do besides focusing on how he could inflict bodily harm to Hex.

“What the hell are you doing?” Jack’s razor sharp tone sliced through the thick air in the van. Scratch was trying to keep an eye on their mark, but kept glancing between Glitch and Jack as the tension mounted between them.

“Yo, Glitch. What are you doing, man?” Scratch’s voice was wary. He knew that whatever was going on wasn’t part of the plan, and that was never a good thing. Especially coming from Glitch, who was the most sensible and emotionally tempered one out of the three. While all three shared a bond, Scratch and Glitch had grown really tight. He knew something was going on with Glitch, and his friend hadn’t told him.

“Just let me get back there and I’ll explain. Jack, you drive.” Glitch didn’t want to waste any more time bickering with Jack. That would get too ugly.

With a glare that let Glitch know that he better not fuck things up, Jack snatched the keys and they switched places.

Glitch couldn’t believe his eyes. It was really her, and she was more beautiful than he remembered. Her dark curly hair was now restrained into a bun, but the fire dancing in her eyes was still there. Everything about her called to him. The long eyelashes that framed her cat like slits. The deep tan skin. Same sultry voice.

Their eyes connected and he saw the fear shining in hers, but also a glimmer of something else. Something that said maybe he wasn’t the only one harboring their past as a special place in his heart. As much as he hated to admit it, he had feelings for Hex back then, and he still did.

“This better be good,” Scratch mumbled as Glitch took a seat next to him. Glitch just nodded, and turned his full attention to Hex. Breaking their stare-down, he spoke first.

“You want to explain to me what you were doing?” He’d wanted to say something smooth, to let her know that he would make sure she was safe. That he was happy to see her, but he couldn’t with Scratch watching his every move. Since he didn’t know her angle yet, there was no use in making promises.

“I told you I would always find you,” she responds.

Olivia Linden, a native New Yorker, was raised between Queens and San Antonio, TX. Currently living in Florida with her 10 year-old son, she decided it was time to follow her dreams of becoming a full time author. Her creative itch began when her elementary school principal posted one of her stories in the halls of her school. She was only seven at the time, but old enough to understand how integral writing would be to her future. From that moment on, reading and writing became her two greatest passions.
Olivia is a newbie to the industry, but she hasn’t stopped writing since she found her literary voice all those years ago. Jaded Hearts, her first published novel, mixes her big personality, with a sexy yet humorous tone. It is her philosophy that laughter is essential to making it through even the toughest situations.
Website • Twitter • Facebook • Goodreads
LeTeisha Newton

LeTeisha Newton is the author of a plethora of novels ranging from hot Interracial Erotica, Paranormal biters, Fantasy, and Urban Fantasy genres. She’s known for her extensive knowledge of shifter cultures, even outside of the generic werewolves and vampires, crazy world-building, and making shapeshifters feel like they are living right next door.That has led to her being dubbed the Shifter Queen. Some of her series include the best-selling Claimed and Taken Series.
Website • Blog • Twitter • Facebook • Goodreads 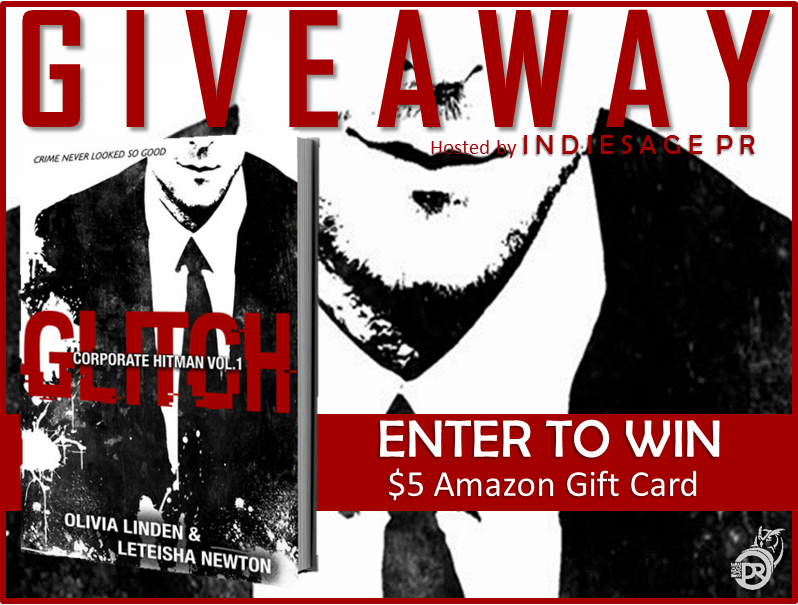