Audree Edwards has loved Gavin Montgomery since she was a little girl, but her older brother Clint made it clear that Audree was off limits. Audree however, wasn’t taking no for an answer and made it clear to Gavin she wanted him.
Gavin, not having the best family life, bolted as soon as he could after high school. Audree knew she couldn’t have all of Gavin and settled for the bit of him she could hold on to. When they are both finally ready to admit they want more, Audree thinks Gavin has done the unthinkable.

Will Gavin be able to tell Audree he's ready to pursue a future?

Will Audree see the truth about Gavin before it is too late?

Will Audree and Gavin finally give in tell each other how they feel and what they want? 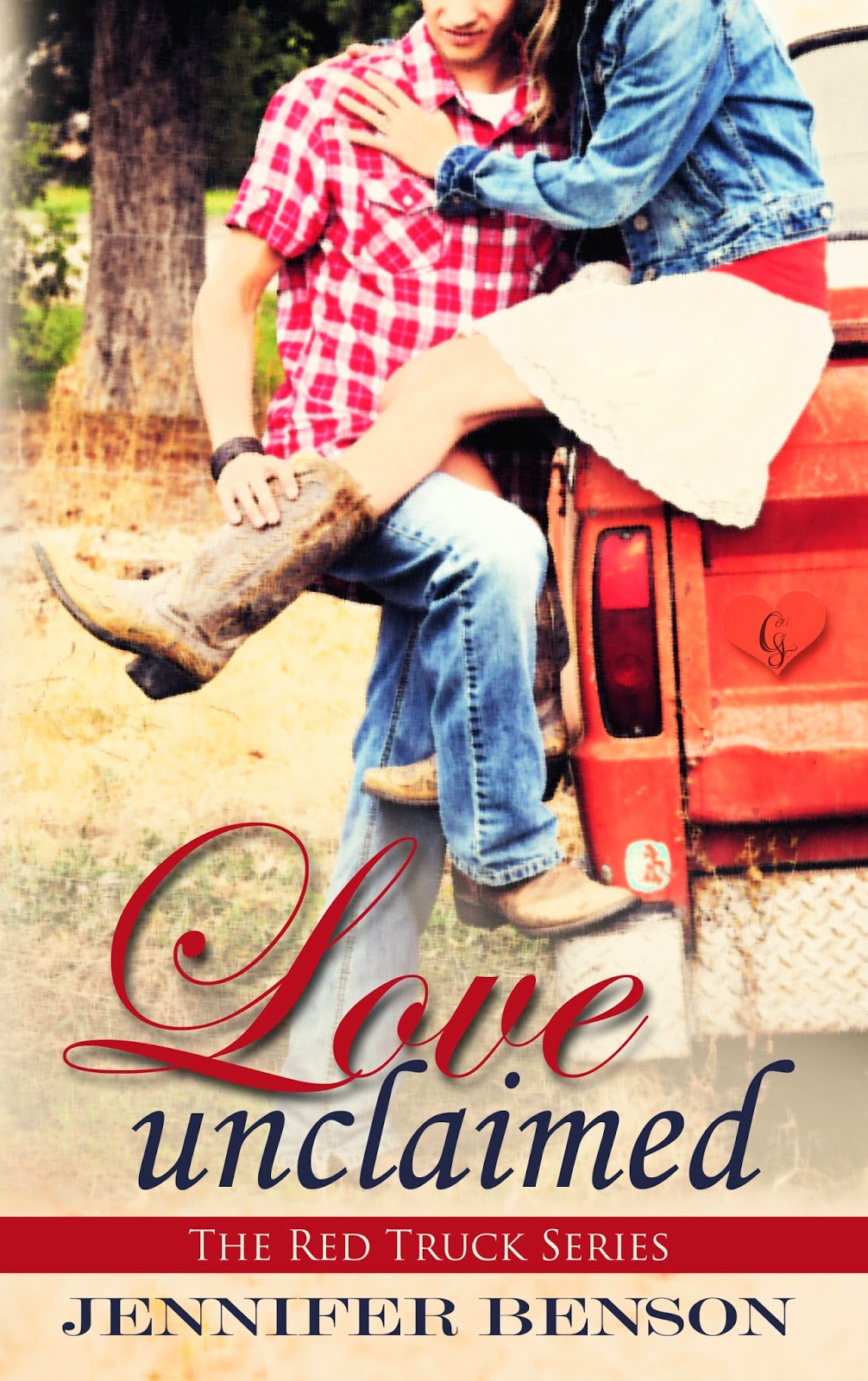 “So are we going to talk about what happened or are we going to go on pretending we didn’t have sex, again?” Audree asked, walking up behind Gavin who was brushing down his horse. It looked like he had been out riding already this morning.

“Audree, you climbed into my bed,” he huffed. “I was sleeping.”


“So that gives you the right to come into my room and fuck me? What if I did that to you?”


“Ugh, Audree. I told you that night that we couldn’t happen, that it would only be that night.”


“Then why didn’t you stop me from fucking you! You are a big strong man. You could have picked me up and moved me. You’ve done it before. You could have pushed me away. You could have told me to stop,” she stomped. “But you didn’t, because you wanted it as much as I did. You want me, Gavin, but you won’t take me. I have made a complete ass out of myself for years. I have thrown myself at you because I feel what is between us. I want to be with you. I want to be in your arms, in your bed, in your fucking heart.” She refused to let the tears banging against her lids fall in front of him.


“I know you have been with other women, but I want to be yours. I want you to be mine. I am standing here before you making the biggest fool of myself; telling you that all you have to do is say the word. Tell me I’m yours and you have me.”


“You can’t. You won’t. Well, fuck you, Gavin Montgomery. Next time you see me I might not be available and I sure as hell won’t be climbing into your bed again. So you enjoy those dreams about me and you remember the feel of my body on top of you, underneath you and in front of you. Remember how you feel being inside of me, because it can’t and won’t happen again!” She stormed out of the barn and heard the clanging of metal hitting the barn wall, but refused to turn back to him. This time it wasn’t him leaving without a word; she was the one leaving. She called Ruby to tell her she was heading back to school, and if she wanted a ride, she needed to be ready in twenty minutes. 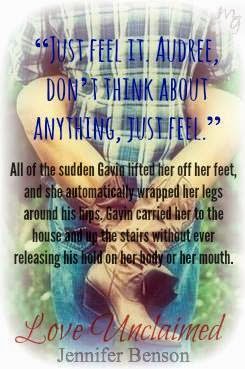 Review
I was given this book by author for honest review. Gavin and Audree have been in love since kids. Audree is fed up with their on/off relationship. Things come to a head when they gather for the summer to celebrate. I loved the relationships in this series and how everybody takes care and supports the family/friends.

Jennifer is a devoted wife and mother to two rambunctious children that love keeping her on her toes. Her "real" job as a paralegal occupies the time she would rather be using to write, read, chat with her many author and blogger friends, or hang out with her family watching movies. Any free moment she has is devoted to helping spread the word for her indie author friends who lovingly call her 'the ninja' or writing her newest story. Jennifer has been writing since she was young. She has always been an avid reader. She always has her nose in a book and carries her Kindle everywhere. Now she plans to follow her dream and be on the other side of the pages and share her passion for writing with readers. 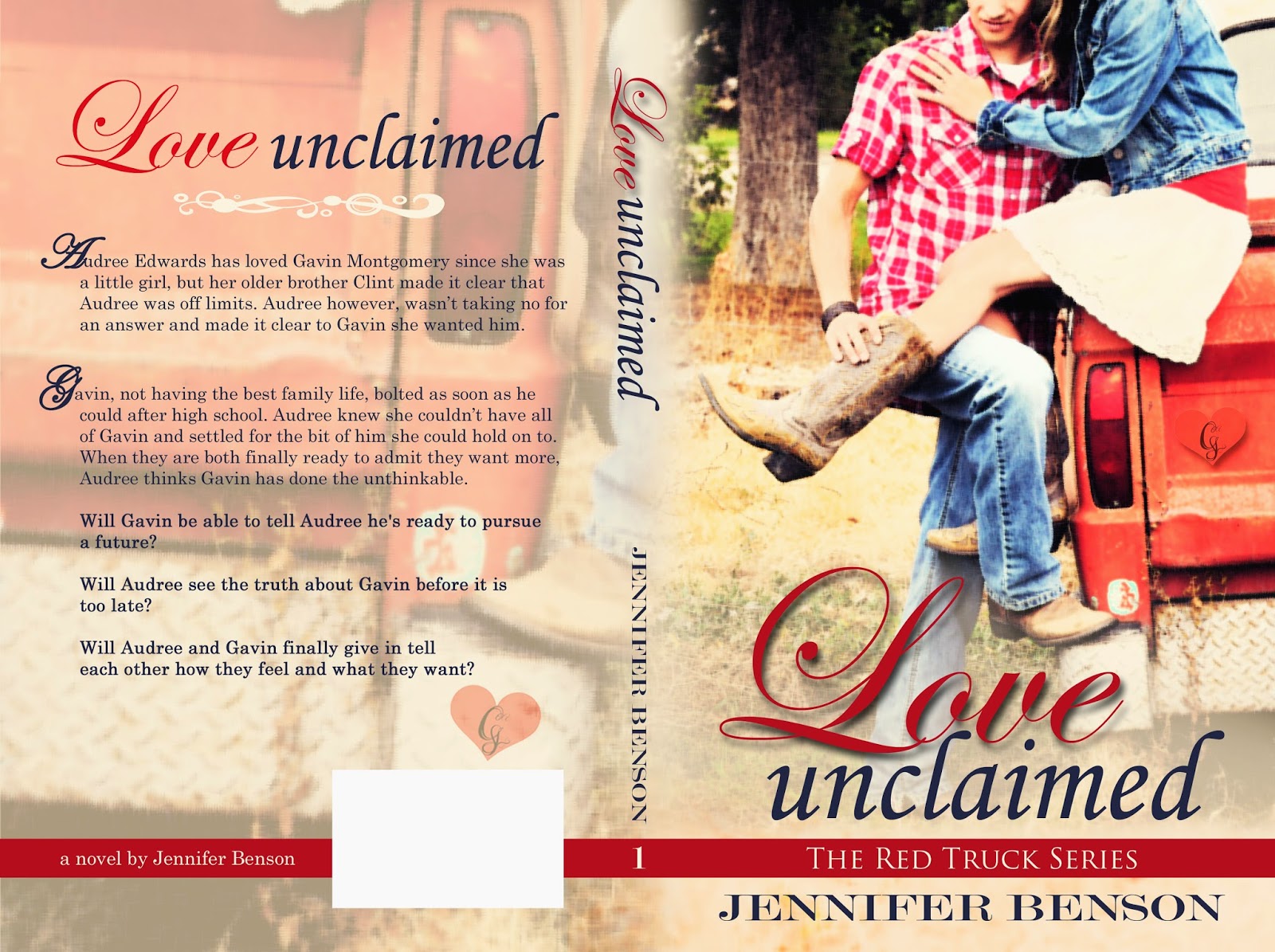