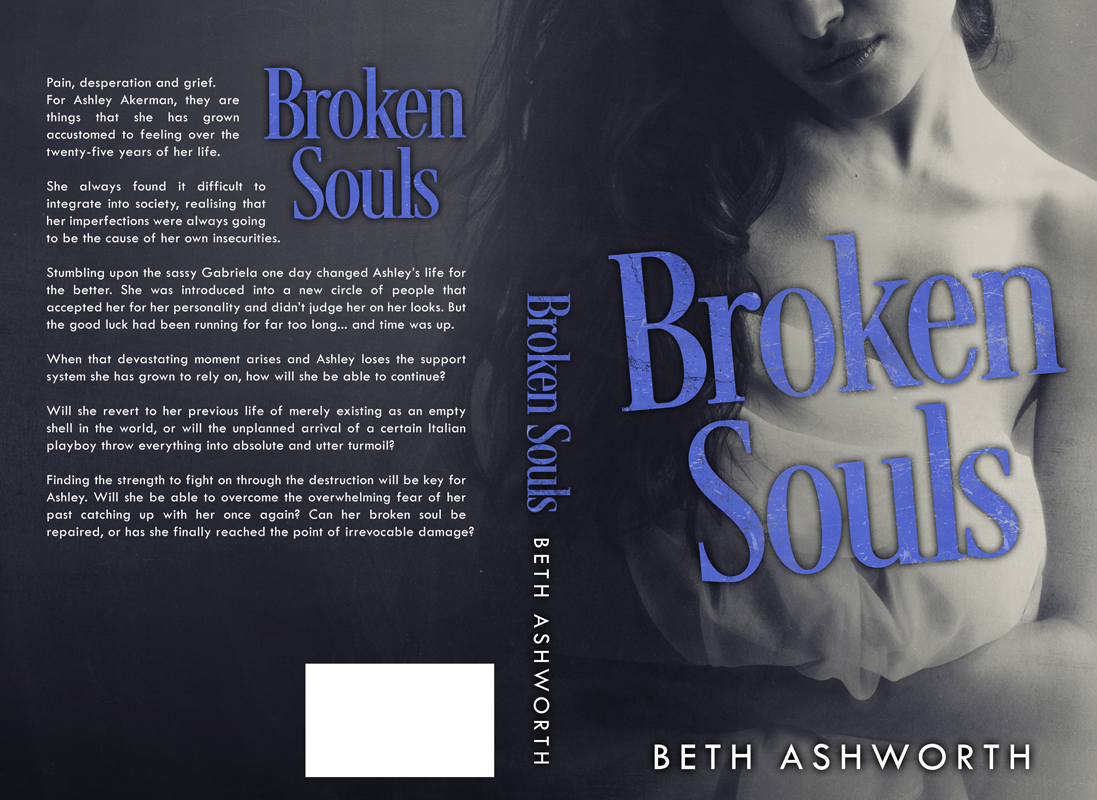 For Ashley Akerman, they are things that she has grown accustomed to feeling over the twenty-five years of her life.

She always found it difficult to integrate into society, realising that her imperfections were always going to be the cause of her own insecurities.

Stumbling upon the sassy Gabriela one day changed Ashley’s life for the better. She was introduced into a new circle of people that accepted her for her personality and didn’t judge her on her looks. But the good luck had been running for far too long... and time was up.

When that devastating moment arises and Ashley loses the support system she has grown to rely on, how will she be able to continue?

Will she revert to her previous life of merely existing as an empty shell in the world, or will the unplanned arrival of a certain Italian playboy throw everything into absolute and utter turmoil?

Finding the strength to fight on through the destruction will be key for Ashley. Will she be able to overcome the overwhelming fear of her past catching up with her once again? Can her broken soul be repaired, or has she finally reached the point of irrevocable damage?

Beth Ashworth was born in Manchester in 1990, but shortly moved to the modest city of Coventry where she was raised and still resides now.

As an avid reader from a very early age, Beth has always been keen to put her words onto paper. As a child she was always found with either a book in her hand, a pen and notepad or a computer games controller.

Starting off by initially writing alternate endings to her favourite Jacqueline Wilson books from around the age of ten, Beth has continued to grow and love her passion for books.

Eventually, after many unfinished books and short stories, she finally decided to follow her passion and write books that she hopes people will love.

When she isn't reading or writing, Beth loves to spend time with her husband and friends.

a Rafflecopter giveaway
Posted by Unknown at 3:30 AM