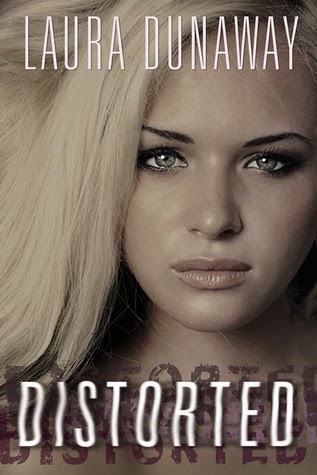 Synopsis
Aly Chase has worked for Paul Pierce for years, loving him from afar. He is handsome, rich, and the powerful CEO of Pierce Homes. Just when Aly has decided her love for him is futile and vows to move on, Paul begins to give Aly the attention she had always desired, forcing her to feel confused by his actions.

Then there's Aly’s best friend, Ethan Baker. He's sweet, handsome and charming. He is also in love with her. He's accepted that Aly and he will only be friends, until one day Aly realizes that her feelings towards Ethan are way more.

Aly is caught in between the man she’s loved for so long and the man that has always been there for her. As her feelings are pulled and tugged in both directions, she must make a choice before her distorted life loses both of them.

Who will end up winning Aly's heart? 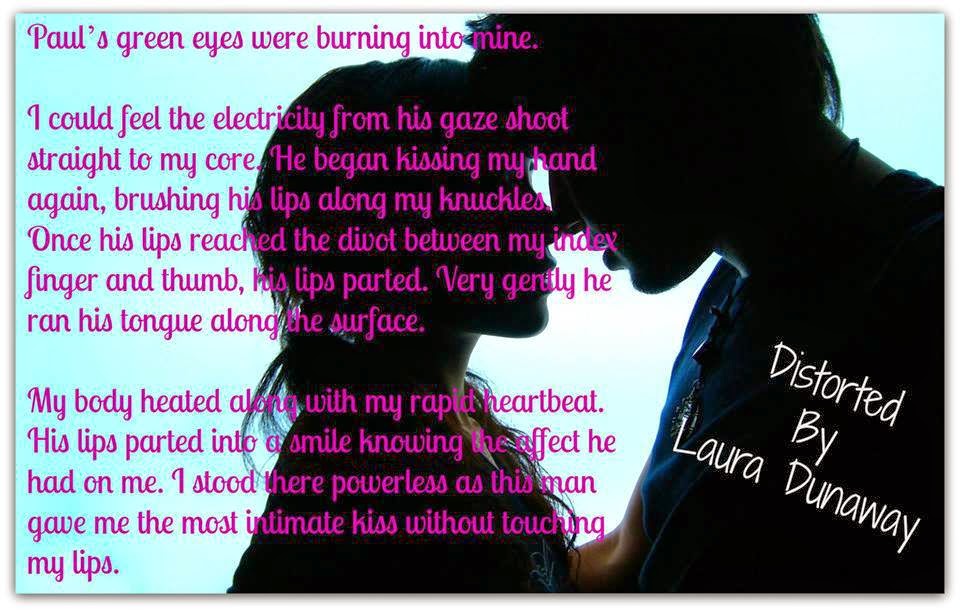 Excerpt
When we got to the threshold of our office door, Paul appeared.  I smiled at seeing him and I heard Trisha take a breath.  He looked absolutely gorgeous with his hair still wet from the shower and in his grey dress slacks with a black button down shirt, unbuttoned at the top.  My mouth watered just looking at him.
“Good morning, ladies,” he said smiling.  “Trisha is it?  How are you doing?”
Trisha stifled a giggle as she tried to compose herself.  “I’m fine, Mr. Pierce. How are you?”
Paul shot me a puzzled look, then glanced back to Trisha.  “I’m doing great, thanks. Everything okay?”
Trisha nodded.  “Yep, I was just getting back to work.  And thanks again, Ms. Chase.  I appreciate your talking with me.”  I gave her a smile and watched her head back to her cubicle.  I wasn’t convinced she was totally giving up on pursuing Paul, but I knew he’d never give her the time of day beyond the work relationship.
Paul looked at me as he walked toward his office.  “What was that about?” he asked.
I smiled as I perched on my desk.  “Wouldn’t you like to know?” I teased.
He unlocked his office door and turned to face me.  “Well, yeah. Now I would even more.”
I put my hand to my chin and tapped my cheek. “Well, I could tell you, but I probably shouldn’t.  It’s really nothing.”
He got a gleam in his eye at my teasing.  “Oh, Chase. You are so going to tell me now,” he said as he came toward me.
I stayed put on my desk and pretended not to feel the butterflies that had sprouted in my tummy.  “Oh am I?” I asked.
He reached my desk and stood right in front of me, invading my personal space.  “Yes, you are.”
Pushing myself onto my desk so I was sitting on it, I leaned back on my palms.  “Well, you see, Trisha just wanted to ask me something about you.”
His face turned into a scowl.  “What?” he asked.
“Oh, lighten up.  I told her you’re not available and even if you were, you don’t date people who work for you.”
He took a step toward me.  “Good.  I mean, don’t get me wrong, that girl is hot, but no way.”
I felt a little sting.  “Oh, she’s hot, huh?” I asked, trying to come off as teasing.
He grinned.  “Yeah, she is, but there are others here who are hotter.”
My head started spinning.  “Oh, well that’s good to know.”
He took another step toward me, now pinning me to my desk.  “Is it?  Don’t you want to know who I’m thinking of?”
I was dying to and cringing at the same time.  While I realized it was very stupid of me to think I had a chance with him, I still didn’t want to know who my competition was. Knowing he thought Trisha was hot was enough.
“Not really,” I lied.
He drew a finger down the side of my face.  “Now why don’t I believe you?” he asked in a hushed tone.
Vibrations went through me at his touch and I shivered.  “I don’t know. Not my problem,” I whispered.
He chuckled.  “Well, I’ll tell you anyway.  That girl in PR is hot. I think her name is Jenny.”
My heart fell.  I tried to turn my head away, but his hand caught me.  “That’s nice,” I said.
He chuckled again.  “It is, isn’t it? Yeah, she’s pretty hot.  I also think that chick in our graphic design department is hot.  What’s her name again?”
Lola.  The only “chick” that worked in the graphic design department.  “Lola,” I said with a bite.  Again I tried to distance myself from his proximity, but he wouldn’t budge.
“Then there’s the girl I work with. She’s really hot, sexy actually. Her long blonde hair drives me crazy. Like the way she twirls it around her fingers when she’s nervous. Though when it’s up in a twist, like today, she fidgets with her fingers. Her dusty, olive green eyes make me want to fall to my knees every time she looks at me.” He paused and stared at me for what seemed like a very long time, “You may know her. Her name is Aly,” he said barely above a whisper as he caressed my cheek with the back of his fingers.
My heart slammed against my chest. Jerking my head up to fully look at him, I stared into his eyes. There was no humor or teasing in them. They were filled with sincerity and if I wasn’t mistaken, desire. I struggled to find words.
“Um, what?” I asked, staggered. I was in shock. He had never talked to me this way before, never this direct.  His lips curled into a ghost of a smile.
“Yep, and the outfit she’s wearing today is going to torture me all day long, showing off all of her curves in every possible way. So, yeah. That’s who I think is hot,” he said as he dropped his hand from my face and turned to walk into his office. I sat there staring blankly at the doorway, wondering what the hell just happened.

Review
I was given this book by author for honest review. Love triangle between Aly her boss Paul who she has loved from afar, and Ethan who has loved her form afar. Enjoyed the story and the characters, but the back and forth on Aly’s part put me off a bit.

Buy Links
Currently on Sale for $.99 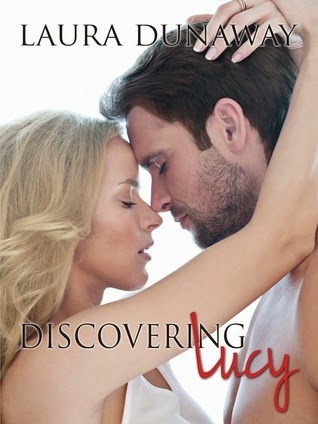 After three long years of living in a hell she never could have imagined, Lucy Jane Simmons courageously escapes to New York City for a fresh start.

When Lucy meets Knox Taylor, the intoxicating man in the business suit, everything she thought she knew about relationships changes. He is strong, seductive and makes her feel safe. But can she open up enough to let him in?

Will Lucy Jane escape the scars of her past? Can Knox give her the future she ultimately deserves?

A story of rediscovery... 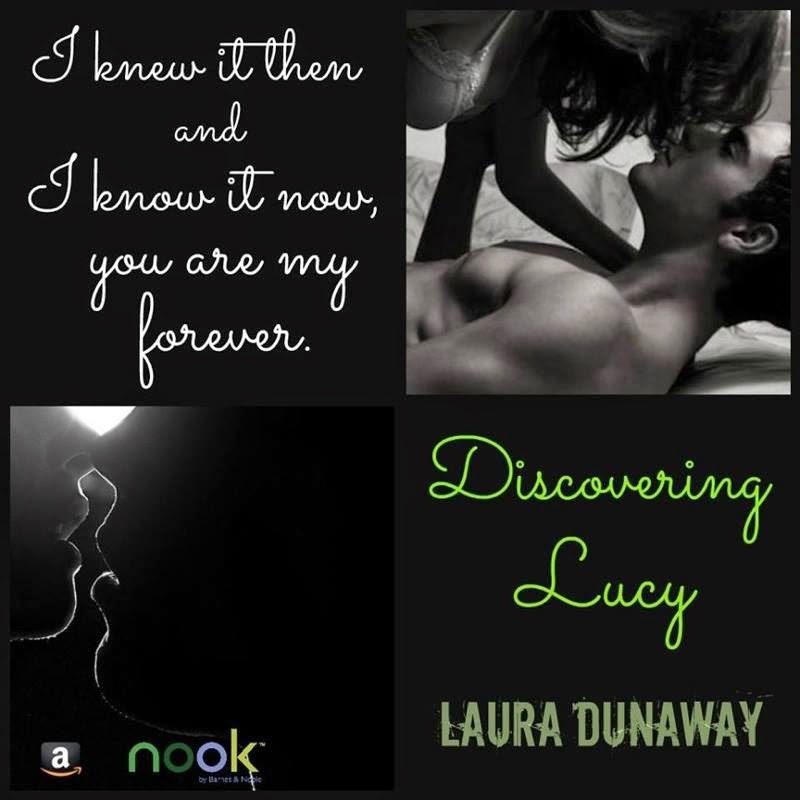 Excerpt
I didn’t see the blow coming. I was standing at my dresser, eyes focused on my reflection in the mirror as I pinned my hair into a bun when I felt a sharp pain in my lower back. Time seemed to slow down as the bobby pins dropped from my hands and I fell to my knees. I gasped for air, trying to catch the breath that had been knocked out of me.
“Don’t you ever think of doing that again, bitch,”
I heard Drake tell me in his menacing deep voice, his dirty brown work boots in front of me. I had no idea what it was I’d done. Most of the time I hadn’t done anything. I put my hands on the floor, still trying to take deep breaths.
“Wh-what did I do?”
I asked in a strained voice against the agony burrowing in my back. Suddenly, my head was yanked back, and my hair was being pulled so tight that I yelped at the searing sensation. Tears stung my eyes at the torturous pressure as I balled my hands into fists, trying to resist grabbing at his hand. I knew that would make my situation worse.
“I saw you. I saw you talking to that prick at the grocery store. You think I don’t know what you do every hour of the day? Huh?”
He pulled back harder on my head, and tears streamed down my face as I tried not to scream. I tried to remember whom I’d talked to at the grocery store. I had gone there to get a few items, but I didn’t remember having any conversations. Unless…
“You mean the guy who took my cart when I was done putting the groceries in the car?”
He finally released my hair and the relief was immense. I fell to the floor and rubbed my scalp as he towered over me. I ignored the desire to scoot away from him because I’d learned the hard way that it only angered him more. Instead, I sat down and hugged my legs to my chest as I rocked back and forth.
“Yes, Lucy, the guy who took the cart from you. Do you realize how bad it looks when you talk to other guys? Good lord, how stupid can you get?”
He started pacing back and forth, swiping his hands through his dark blond greasy hair. His footsteps were strong and loud, especially when he wore those big, ugly, work boots that were always caked with mud. I did my best to stop shaking and rocking—I needed to appear as calm as possible. You would think I’d be used to his rage by now, but each time he assaulted me, it made me shake to my core.
“I’m sorry,” I whispered, even though I knew I’d done nothing wrong. I’d been taught that it was always better to apologize than to try to explain the situation. I’d been with him for three years, and it was all I could do to stay sane. The numbness that had taken over my mind and soul was the only way I survived. He stopped pacing and turned to face me.
“You’re what?” I looked into his cold gray eyes.
“I’m sorry,” I said in a louder voice.
He walked toward me and bent to his knees, his ugly eyes softening somewhat as he took my face in his sandpaper rough hands. I wanted to cower and throw up, but I looked him in the eye because I knew if I looked down, it would anger him even more.
“Lucy Jane, you know I hate having to lash out at you, but you give me no choice. I can’t have you prancing around town talking to every asshole you see. It makes me look bad, baby

Review
I was given this book by author for honest review. Lucy doesn’t understand what Knox wants with her. Overcoming and running from her past she’s leery of him. Knox goes after what he wants in his own understated way. Swoon worthy romance with a tad dark but most overall sweet.

Buy Links
Currently on Sale for $.99 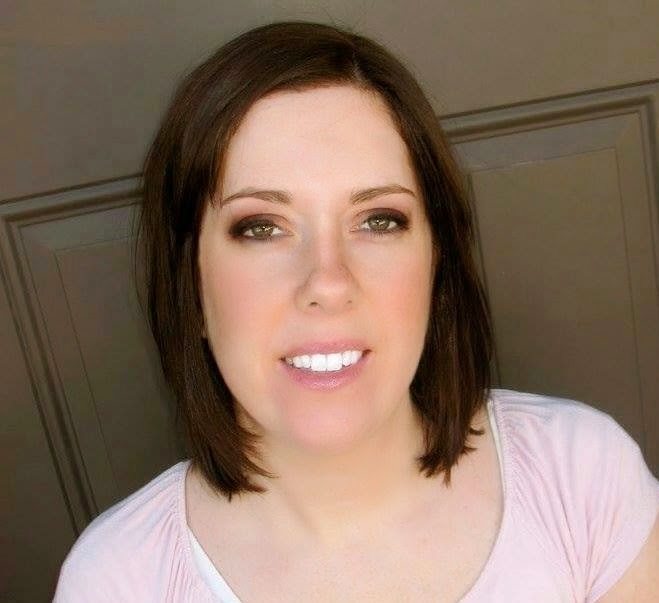 Laura Dunaway has been married to her prince for 18 years and together they are raising three amazing kids. While she's always had a passion for reading and writing, it wasn't until a few years ago that she finally realized she should pursue her dream of writing and publishing a book. After many many attempts at starting one, her first book, Distorted, was finally the one that flowed and before she knew it, she'd written The End. Discovering Lucy is her second book and she is currently at work on her third.