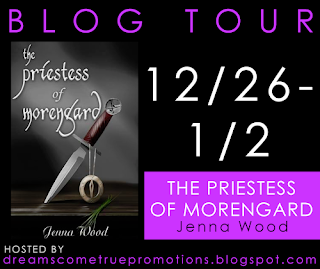 Title: The Priestess of Morengard

Two rulers. One kingdom. For hundreds of years Morengard has been divided in such a way. Together, the King and Priestess have coexisted peacefully, each playing the part they have been given as decreed by the Ancient Dictum.

However, the king’s own son, Talis, questions it and when the foolhardy prince decides to take matters into his own hands, he finds himself faced with the dark truth behind the Dictum. Unprepared for the devastation he unleashes, the prince must fight to uncover the secrets behind the ancient decree with the help of a reclusive spinster.

But as Talis attempts to piece together the puzzle, he finds his endeavor threatened. Not only by that which seeks to end his life, but by an ill-fated love that reveals all too late that the gods have a hand in everything. 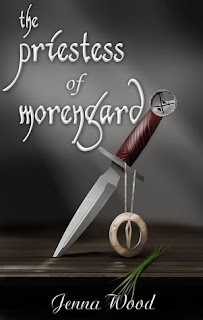 I was given this book by author for honest review. I have mixed feeling about this book. It was a well written thought out story. Much adventure. I found myself rooting for Talis and his Renna, so after all his personal growth was disappointed with the ending.

Born in Arizona, I live with my husband (he is also my extremely talented cover artist), two dogs, and four cats. Since a very young age, I have loved to write. Through the years I have written poems, short stories, and full length novels. My subjects tend to lean towards the darker side with themes dealing with betrayal, murder, war, and madness. My genre has been primarily fantasy, with a YA series being the majority of my work. I have just recently dipped my toe into the adult fantasy romance arena with my latest novel, The Priestess of Morengard.