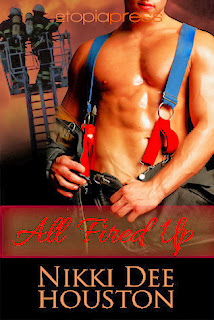 Cindy always wanted to be a fire fighter. When she tops the class in the rookie academy, she takes her first job at the small but busy Hillwood Fire Station—as their first female firefighter. Some of the crew don’t appreciate a woman trying to do a man’s job. But when the crew risks their lives in a series of factory fires, Cindy’s determined to not just keep up, but to excel.

But the fires aren’t the only thing smoldering at Hillwood. When Cindy comes face-to-face with the real-life, fireman-calendar pinup, she’s left feeling shaky and gasping for breath. Their attraction is white-hot, the sex is sizzling, and there’s no such thing as enough when it comes to their lovemaking. But things turn nasty when a dark past comes back to haunt Cindy, jeopardizing her career before it’s even really begun… 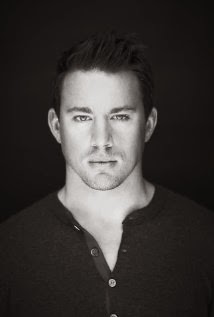 Dave runs a tight ship at Hillwood Fire Station. He’s well respected for his leadership style, and how he gets in and works as hard as his team members during emergencies. Although Dave doesn’t enjoy the paperwork side of his job, he gets in and does it by the book.

His crew admire him, both as a boss and as a fellow fire fighter. They like how he knows when to be a relaxed co-worker, and when to be the authoritative Captain. He expects the best from his team, and gets it.

When he first meets Cindy – his first female recruit – he lets her know straight up, that there won’t be any special treatment for her just because she’s a girl. Yet, in every way that he interacts with her, he is himself is guilty of acting differently than he would to the rest of his all-male crew.

Despite his efforts, Cindy captures his attention, and he finds himself watching her a lot more than he does the men. He likes her strength of character and determination. She has a great attitude to her work, and he admires that. Add to that, she’s gorgeous. Try as he might, he can’t stop thinking that. Even in her protective fire gear, hair wet with sweat, and black streaks across her face, she’s gorgeous.

Being a red-blooded man, he’s soon entertaining thoughts of getting to know his new rookie much, much better. 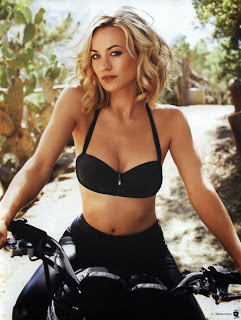 After topping the class at the Fire Fighting Academy, Cindy embarks on her career, entering Hillwood Fire Station as their first female rookie. She has every reason to believe she’s going to succeed. She’s confident, fit, fulfilling her dream of becoming a fire fighter, and is determined to show that she is as good as any male fire fighter.

But there’s no getting around the fact she’s a rookie, fresh out of the academy. She knows she lacks experience, but is keen to learn from her colleagues. She doesn’t expect any preferential treatment because she’s a ‘girl’, nor does she mind getting in and doing the dirty work. Her appearance isn’t a priority, but gaining skills and experience is. She works hard to soak up all she can about being a fire fighter in a busy Station.

But there’s no getting around the fact she’s always had a ‘thing’ about male fire fighters, especially ones who work out and are fit and smart. When she realises that the gorgeous, hunky, and sexy fireman calendar pinup guy is none other than her new boss, Captain Dave Johnson, she knows she will have to be on her guard. Her attraction for hot firemen runs deep. She will have to try very hard not to let her private life interfere with her new career.

1. Nikki lives on an island, near the beach.
2. She enjoys sailing her 18 foot Hobie Cat sail boat, feeling the wind in her hair, and the salt spray in her face.
3. Nikki has two cats, and two dogs, who are her babies.
4. Nikki thinks that her own real-life hero is better than all her fictional ones.
5. Her favorite color is blue.
6. When Nikki’s not writing, she loves cooking and reading.
7. Her favorite food is freshly caught seafood, grilled with lemon juice and herbs.
8. If Nikki was casting the role of Captain Dave Johnson in a movie, she’d want Channing Tatum.
9. Who would Nikki pick to play Cindy Reece in the movie version of All Fired Up? Yvonne Strahovski. (Look her up).
10. Nikki’s first real boyfriend was a firefighter.
11. She has visited 29 countries in the world.
12. Nikki has several favorite movies: The Perfect Storm, Unfaithful, Nights in Rodanthe, Titanic.
13. Favorite author – Louis de Bernieres
14. Nikki grows her own vegetables and herbs.
15. The book Nikki’s read the most times – The Evening Class by Maeve Binchy – great characterization.
16. Nikki's idea of a great Sunday is when breakfast is served to her on the deck (particularly eggs benedict); a scan of the Sunday newspaper; either a walk, or a swim or sail; and then 'sundowners' - drinks with friends as the sun sets.
17. She plays several musical instruments – not all of them well.
18. Three things Nikki can’t live without: Internet, wine, and her pets.
19. The name of Nikki’s next book is ‘Picture Perfect’.
20. Did she mention she loves Chardonnay?

She removed her helmet and wiped the wet strands of stray hair from her face. Her forehead was coated in beads of sweat, and her breathing hadn’t fully recovered from the strenuous activity. Dave lowered his eyes to her heaving yellow-clad chest, then leisurely looked up until he was peering into her eyes in that unnerving way he had.

“You did really well. Just wanted you to know.”

“Thank you, Dave.” Relief swept through her, and she smiled. Quite apart from the physical exertion she’d just undertaken, she felt her heart rate suddenly increase. He smiled back at her, and she took an involuntary inward breath, making her sound like she was choking. Her face flushed.

“Well, I can see you need a break.” He turned and strode back into the fire station, leaving her rooted to the spot, feeling like a starstruck teenager who’d just met their favorite celebrity pinup boy in the flesh.

He tilted his head to one side and narrowed his eyes, peering at her carefully. “You know, I feel we’ve met before. There’s something familiar about you.”

Oh boy, she’d remember if they had, she thought. “Don’t think so.” Then it hit her. Hm, maybe I’ve been caught out. She resisted the impulse to glance over at the female firefighter calendar hanging on the wall. Still he seemed to be racking his brain, trying to place where he knew her from.

“So, what time does your class start? It’s just that I wonder if…” He blinked and gave his head a slight shake, as though clearing his thoughts.

He cleared his throat, and brought his eyes back to hers. “I wonder if you have time for a drink?”

Powerful arms enveloped her and she felt his body against hers. He brushed her lips with his, then kissed her deeply, eagerly. Electricity shot through her as she returned his hungry, lingering kiss, willingly entering the passionate embrace. His tongue was warm, tasting of bourbon and salt, as he probed and met up with hers. He broke away from her mouth and bent his head, nuzzling her neck, and kissing her skin softly. Moving slowly around to the front, his lips caressed the little hollow at the base of her throat.

“Won’t your zumba group notice you’re missing?” As he spoke, his day-old stubble grazed her neck.

“I don’t care.” Her words were breathy and soft. With one quick movement, he removed her little T-shirt. He ran his hands up both her bare arms, softly, gently, deliciously, until they reached her shoulders. He inserted a finger under each of the black Lycra straps of her leotard, dragging them aside. He kissed her shoulders and tugged the top down, revealing her breasts, full, voluptuous, and begging to be kissed.

“You look pretty good yourself.” Their lips met hungrily, kissing each other with passion, their tongues caressing each other. Letting out a loud moan, he let her go and ripped his shirt over his head, then undid the belt of his black slacks, kicking them off. He reached down and removed his shoes and socks. His magnificent body, the tan of his torso, his six-pack stomach, and the white, untanned skin where his bathing suit blocked the sun’s rays, looked so much better than his pinup spread in the calendar. Biceps bulged effortlessly as he reached forward, and her breath caught in her throat as she delighted in the view.

I was given this book by author for honest review. Cindy ‘Cinders’ is a woman firefighter working along side the men in her station and has the hots for her boss, Dave. Despite the incidents that are happening she holds her own and working together earns all the respect she deserves. If it’s hot, steamy and smokin’ that you’re looking for join in and work up a sweat.
Posted by Unknown at 3:43 AM