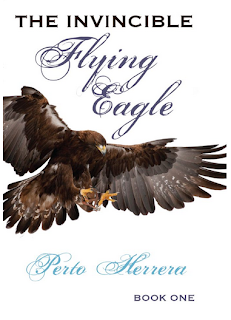 After a successful career in home health care, including managing his own company, Perto Herrera became an author and continued his calling to help needy people, especially victims of sexual abuse.

Herrera himself is a survivor of severe sexual molestation as a young boy raised in a poverty-stricken family in a small village in El Salvador. The personal lessons learned had led the author to fulltime writing, speaking, and philanthropic efforts to help sexual abuse victims and individuals trapped in poverty.

Two to three times a year Herrera travels to meet face-to-face with sexual abuse victims, parents and family members of victims, and men who are abusers. In 2010 on an early trip to El Salvador, Perto actually met two of the men who sexually abused him as a boy, talked with them, hugged them, and forgave them. His message to victims is how to survive and escape from abuse through courage, faith, and concerted action. His message to parents is to believe their children and protect them.

Perto also has paid the costs to send six children to college to escape poverty and enter professions such as law, business and teaching. He has pledged to spend 75 percent of the proceeds from his book to help needy persons and abused persons. Perto’s personal story of abuse is told in his first book, The Invincible Flying Eagle: Book One. This painful and shocking memoir tells the story of how Perto was abused by 11 people (nine men and two women) over a period of five years until the day his saving grace – in the form of an eagle, attacked his most dangerous abuser. The eagle, Perto believes to be a messenger from God, guided him toward a safer place and a new chance at life.

After escaping from his village as a pre-teen, Perto was captured by guerrilla forces and forced to serve as a child warrior in the rebel army. After refusing to use a rifle to kill anyone, Perto was punished several times but ended up being a radio operator for the commanding general. After lying to a priest about wanting to become a priest, Perto escaped the Army with the help of monks and lived in two convents in Central America before escaping to Mexico and then to the United States.

Summing up his mission, Herrera says: “I want the needy ones and victims of abuse to know that they are not alone anymore. I am here for them as they strive toward the pinnacles of personal recovery.”

“When I was raped and abused as a young boy I felt alone and trapped without hope,” says Herrera. “I now want to do everything I can to help people trapped in poverty and to help children who feel alone and guilty because they have been molested. My book is to educate readers about how horrid sexual abuse is, and my humanitarian efforts are to help victims recover and live a normal life feeling loved and worthy.”

The book details in raw, lurid detail the deplorable sexual attacks on a seven-year-old boy, his mother’s denial, and hopelessness that led to several suicide attempts, and how the Eagle saved him from drowning, and rescued him from a vicious rape.

In 2010 on one of his early trips back to El Salvador to the village where he was raised, Herrera encountered two of the men who molested and sexually abused him as a youth. He told them why it was wrong, the effect it had on him, and asked if they were still abusers. At the end of the encounter, he hugged his former abusers and forgave them...Men who are victims of sexual abuse don’t like to talk about their experiences which is why very few men will write a book about being molested as a helpless young boy of seven. And no author, except Perto H, will write a book filled with raw, shocking and horrid detail about those experiences..But Perto H. did exactly that in "The Invincible Flying Eagle" because he wants readers to come to grips with the reality of childhood abuse and understand just exactly what ‘s 'sexual

Life is beautiful, and you deserve to live it the way it was meant to be, with plenty of happiness and freedom from any kind of abuse. I was a victim of many types of abuse, but I overcame the trauma, anger, frustration, and depression by releasing the past and living in the present. I accepted that what happened to me was and is a part of the unique history of my own life. If I could overcome it, you can too.

There was a gentleman in our neighborhood named B1. I liked him very much because he was a quiet, good man—a gentleman is the only way to describe him. But there were rumors in the village, and people were saying that he was fooling around with my mother—or, perhaps, the other way around—my mother was fooling around with him. Although he was a single man, I didn’t believe the rumors. I remember I was so mad at everybody because they were saying bad things about two people I cared about. Well, unfortunately, I was wrong, and the rumors were true. A few months later, I noticed my mother’s tummy was getting bigger and bigger. She was pansona—pregnant Dahhh! So I guess that makes me a dummy? Or maybe I was just an innocent boy? Uhmmm…

When my grandpa became aware of my mother’s pregnancy, he was so mad that he wanted to kill her. He had an old rifle and actually went after her, so she ran to save her life and without even thinking about it, I followed her. There was no way I was going to be left behind or leave her to die alone. When we first fled home, I remember running through the creek and jungle. We hid, trying not to make any noise because Grandpa was always following close behind us and because I went with my mother, my grandfather was even more furious.

He kept calling my name, “Perto! Come back here, Perto. This is not your problem! The one who is going to die is your mother!”

Soon after all of that happened, kids started bullying me at school. They teased me, making remarks about the incident, calling my mother a prostitute. They told me I was going to have a brother who wouldn’t be my real brother, just my half-brother. Who knew who the father was? They harassed me and stole school supplies from me. They tore up my belongings or threw them in the trash. They stubbed me with their pencils and called me all kinds of hurtful names, such as Walking Stick and Mr. Perfect—Perfect of Nothing. They hit my head and punched me so hard in the stomach and back that I thought I was going to pass out. It hurt so bad that I could not breathe or even cry. But the teachers didn’t seem to care. In fact, they allowed the bullying. I told them many times what was happening, but they always gave me the same answer: children can be mean like that. They told me I couldn’t hit back! I was not allowed to defend myself, yet all the bad, mean-spirited kids were never punished for the abuse!

As far as I was concerned, he was speaking in another language. I had no idea what he was talking about, it didn’t make any sense to me. When he said that, however, all the others laughed, They thought he was joking. I was so mad at my mother for making me come out of my room, but even so I couldn’t blame her for what he was doing. There was no way my mother or anyone else would even imagine what perversion thoughts he had in his insane, dirty mind.

Each time I saw him, I disliked him more and more. I guess my odyssey was just starting, and unfortunately my life was not going to be an easy and happy life. I told myself that I would need to have more faith and pray much harder to Saint Michael the Archangel and Jesus Christ to protect me and make me strong to face whatever my destiny would be. 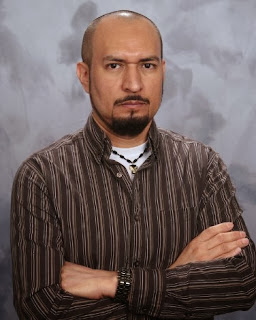 Herrera himself is a survivor of severe sexual molestation as a young boy raised in a poverty-stricken family in a small village in El Salvador. The personal lessons learned had led the author to fulltime writing, speaking, and philanthropic efforts to help sexual abuse victims and individuals trapped in poverty.

A native of Chalantenango, El Salvador, Perto Herrera escaped to Guatemala, then to Mexico and then Los Angeles and lived in the San Fernando Valley, Stockton and Tucson before moving to Houston. before and After graduating from high school, Herrera earned several certifications in home health care and general management. Before organizing his own company, in 1997 Ph Homecare Management, LLC, Herrera worked as an agricultural worker, medical assistant, radio operator, textile factory worker and has volunteered as a Red Cross blood processor, bilingual instructor, trainer for caregivers, and as a catechism instructor.

Two to three times a year Herrera travels to meet face-to-face with sexual abuse victims, parents and family members of victims, and men who are abusers. In 2010 on an early trip to El Salvador, Perto actually met two of the men who sexually abused him as a boy, talked with them, hugged them, and forgave them. His message to victims is how to survive and escape from abuse through courage, faith, and concerted action. His message to parents is to believe their children and protect them.

Summing up his mission, Herrera says: "I want the needy ones and victims of abuse to know that they are not alone anymore. I am here for them as they strive toward the pinnacles of personal recovery."

a Rafflecopter giveaway
Posted by Unknown at 2:00 AM