About Hard As It Gets:


These are the men of Hard Ink.

Trouble just walked into Nicholas Rixey's tattoo parlor. Becca Merritt is warm, sexy, wholesome--pure temptation to a very jaded Nick. He's left his military life behind to become co-owner of Hard Ink Tattoo, but Becca is his ex-commander's daughter. Loyalty won't let him turn her away. Lust has plenty to do with it too.

With her brother presumed kidnapped, Becca needs Nick. She just wasn't expecting to want him so much. As their investigation turns into all-out war with an organized crime ring, only Nick can protect her. And only Becca can heal the scars no one else sees.

Desire is the easy part. Love is as hard as it gets. Good thing Nick is always up for a challenge...

Read Chapter 1 of Hard As It Gets


10 Reasons to Fall in Love with Hero Nick Rixey
I’m very excited to be celebrating the release of my twelfth novel, Hard As It Gets¸ the first in my new super sexy contemporary romance series called Hard Ink. The series has hot, alpha, prior military guys, a tattoo shop setting, an edgy suspense plot, a super steamy romance between hero Nick Rixey and heroine Becca Merritt, and a great bromance.
One of those hot, alpha guys is Nick Rixey, the hero of Hard As It Gets. Nick was second-in-command of her Army Special Forces unit before his commander’s black op went back and injured or killed most of the team. A year later, Nick’s out of the Army on an undeserved other-than-honorable discharge and nursing some deep physical and emotional wounds. I absolutely loved writing Nick’s character, and here are some reasons why I think you just might fall in love with him, too:
Nick has ink. I love tattoos on guys, including in my fiction! And Nick has quite a bit of ink, starting with that awesome tribal on his shoulder on the cover. You’ll get to explore what the rest are along with heroine Becca as the book unfolds! Yummy!
Nick does ink. One of the things I loved about Nick was that he had all these hard edges, but then he had this artistic side. Nick has always drawn and, as part owner of Hard Ink Tattoo, he’s learned how to do it with ink and a tattoo gun. I love the combination! And there’s a really sexy scene where Nick draws a little something with Becca!
He boxes. Jeans. Bare feet. No shirt. Boxing gloves, the kind that leave the fingertips exposed. Muscles in motion. Yeah, that’s a scene in Hard As It Gets.
He’s a good big brother. Nick is big brother to Jeremy, the other owner of Hard Ink. They have great chemistry and an awesome bromance, plus a few intensely emotional scenes I loved writing. And Jeremy’s an awesome character himself!
He’s loyal. Nick would do anything, risk anything, sacrifice anything, for those he cares about. And it makes him so admirable.
He’s tortured. Tortured heroes are my favorite, and Nick is about as tortured as they come. He still suffers physical pain from two gunshot wounds to his lower back, and he carries a world of emotional pain over what happened to his SF unit for which he blames himself. It makes him sympathetic and flawed and just a character you’ll want to hold and make it all better!
He is sexy as hell! See the notes on boxing and ink, above! LOL Nick has dark chocolate brown hair and super pale green eyes. It’s a killer combination. Add to all that a gun holster over broad shoulders and…thud!
He’s prior military. Nick served in the Army Special Forces for a lot of years, and he has taken that code to heart. Loyalty. Honor. Duty. Service. Courage. What’s not to love?
He’s a true hero. Despite how much Nick blames himself for what happened to his SF unit, Nick was a hero on the day the ambush happened, going as far as to help administer medical treatment to another teammate after he’d been shot twice in the lower back. His heroism continues into Hard As It Gets, where he does the right thing and helps Becca despite some serious misgivings about getting involved with his commander’s daughter. He knows the right thing and he does it, making him a true everyday hero.

When he finally gives into love, his redemption is so sweet! The more they resist, the harder they fall, and that’s definitely true of Nick Rixey in Hard As It Gets. I just love when a tortured hero finally finds what he needs to start healing, don’t you?
For me, all of these add up to one seriously hot, tortured, lovable hero, and I hope you’ll fall in love with Nick Rixey just like I have!
Would you like to know more about Nick? Post a question for him or his author lady, and we’d both be happy to chat with you!


“Edgy, sexy, and full of suspense! A great read from a great new author!”

I was given this book for honest review. Becca Merritt is worried about her brother when she goes to the Hard Ink establishment. She meets former military Nicholas Rixey and begs for his help as she is getting nowhere fast going it alone. Through difficulties they proceed with the help of Nick's old team mates. The story grabs you from the get go. The relationship between the characters by blood or not shines through and makes you fall in love with all of them. A well written fast paced action packed first book in series and I can't wait for book two in February. 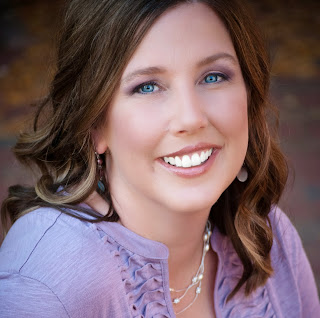 Laura is the New York Times and USA Today bestselling author of over a dozen books in contemporary and paranormal romance. Growing up, Laura’s large extended family believed in the supernatural, and family lore involving angels, ghosts, and evil-eye curses cemented in Laura a life-long fascination with storytelling and all things paranormal. She lives in Maryland with her husband, two daughters, and cute-but-bad dog, and appreciates her view of the Chesapeake Bay every day.

Website | Blog | Facebook | Twitter | Newsletter SignUp | Video
The Musical Inspiration Behind Hard As It Gets
Super excited to be celebrating the release of my twelfth novel, Hard As It Gets¸ the first in my new super sexy contemporary romance series called Hard Ink. The series has hot, alpha, prior military guys, a tattoo shop setting, an edgy suspense plot, a super steamy romance between hero Nick Rixey and heroine Becca Merritt, and a great bromance.
Today, I want to share the musical inspiration behind my writing of Hard As It Gets. For most of my books, I find one song that captures the feel of the story and the characters and I listen to it on repeat over and over and over again! LOL For this book, that song was Linkin Park’s “Breaking the Habit.” Do you know it? Give it a listen:


Here are some of the ways the lyrics of the song related to the story, for me:
Memories consume
Like opening the wound
I'm picking me apart again
You all assume
I'm safe here in my room
Unless I try to start again This first stanza really captures hero Nick Rixey through much of the book. He’s struggling to heal from both the physical and emotion wounds caused by the ambush that ended his military career in the Army Special Forces and stole his honor. Nick blames himself for what happened to himself and his teammates and above anyone is picking himself apart over it.
I don't want to be the one
The battles always choose
'Cause inside I realize
That I'm the one confused

I don't know what's worth fighting for
Or why I have to scream.
I don't know why I instigate
And say what I don't mean.
I don't know how I got this way
I know it's not alright.
So I'm breaking the habit,
I'm breaking the habit
Tonight
This stanza really captures Nick’s internal battles, the way he tears himself down over what happened, and the fact that he doesn’t want to feel this way anymore. The idea of him instigating and saying what he doesn’t mean really reflects his initial conflict over Becca Merritt, his deceased commander responsible for ending Nick’s career.
Clutching my cure
I tightly lock the door
I try to catch my breath again
I hurt much more
Than anytime before
I had no options left again As Nick gets to know Becca, she comes to represent a path out of the darkness for him, despite the fact that she doesn’t know Nick hates her father. So the more she represents a “cure” to him, the worse he hurts because he worries he can’t have—or will lose—what he grows to want when the truth comes out.
I don't want to be the one
The battles always choose
'Cause inside I realize
That I'm the one confused

I'll paint it on the walls
'Cause I'm the one at fault
I'll never fight again
And this is how it ends That first line represents the tattoo shop, Nick’s ink, and a particular scene where Nick does some drawing… Ahem.
I don't know what's worth fighting for
Or why I have to scream
But now I have some clarity
to show you what I mean
I don't know how I got this way
I'll never be alright
So, I'm breaking the habit
I'm breaking the habit
I'm breaking the habit
Tonight
So those are some ways that “Breaking the Habit” helped inspire Hard As It Gets. This song really embodied a lot about hero Nick Rixey’s emotions, struggles, and desires. When you read the book, let me know what you think!
Next In Series: 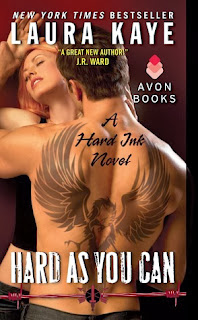 Prizes – Five (5) print copies of HARD AS IT GETS (US only), provided by the publisher
a Rafflecopter giveaway