Synopsis
Dani refuses to lose another parent due to her absence from their life. After pulling herself back together following the death of her father, she moves back to her childhood town to live with her mom. She’s slowly pulled back into the lifestyle she worked so hard to get away from ten years ago. She accepts that this is the life she has always been destined to live. Getting a job at the store down the road and hooking back up with her first love Gage, seems to be the logical way to go…that is until Holden Reynolds shows up in town.
Now that Holden is finally back home from the Navy he plans on following in his father’s footsteps. Still trying to move on from the one woman who had his heart, he busies himself in work and returning to the country boy lifestyle he’s always loved. The best way to get over someone is to get under someone, right? That’s his mindset as he travels town to town with his job perfectly content with being a rambling man…that is until he meets Danielle Brooks.
When Dani isn't leaving and Holden isn't staying will they be able to keep themselves from getting too attached? Or will they be just what each other needs to cut all the strings that have them bound?
“You can’t save me from me, Holden.” –Dani


♥♥♥♥♥♥♥♥♥♥♥♥♥♥♥♥♥♥♥♥♥♥♥♥
Review
I was given this book by author for honest review. Dani, Holden, and Gage are all running from the way their lives have turned out. Dani belives she has to save everybody. Gage decides to bring everybody down with him. Holden has closed himself off from nearly everybody. Family drama abounds as Dani and Holden learn to let go of their beliefs and fight for what they want instead. Maybe Gage will come around eventually in another book in the series. Wonderful and flowing with times of heartache and pain this book holds ones attention throughout.
♥♥♥♥♥♥♥♥♥♥♥♥♥♥♥♥♥♥♥♥♥♥♥♥
Buy Now
Amazon ♥ Barnes & Noble  ♥ Smashwords
♥♥♥♥♥♥♥♥♥♥♥♥♥♥♥♥♥♥♥♥♥♥♥♥
Book Trailer 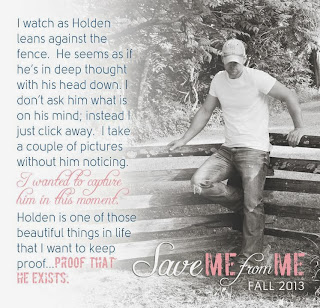 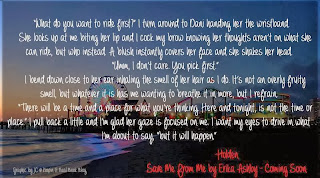 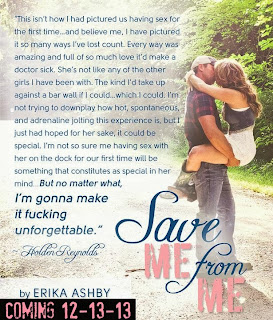 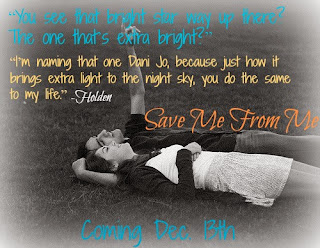 Facebook ♥ Goodreads ♥ Twitter
Being born an "Army Brat", Erika Ashby has been residing in Oklahoma the last 10 years finally putting an end to the nomad tendencies she had grown accustomed to. She's a happily married woman who has 5 kids between her and her husband. She has an insane passion for music and embraces her Inner Groupie any chance she has. It wasn't until the age of 29 that she realized she also had a hidden passion for reading; before then she claimed to have hated it. Six months after unlocking that deep desire she never knew she held, she turned the key to another chapter of her life which has become the desire to write. And the rest is still history in the making.