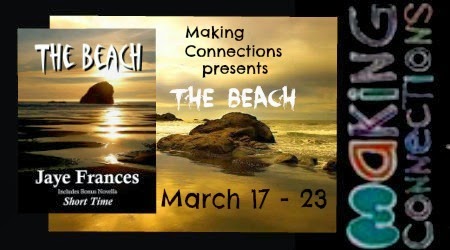 The Beach by Jaye Frances 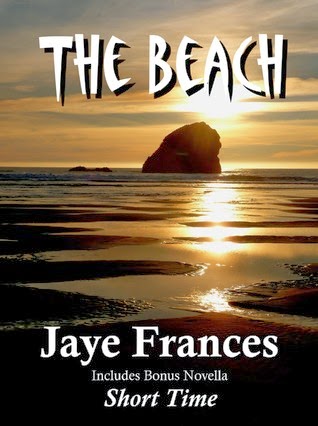 
Alan loves the beach. More than a weekend respite, it is his home, his refuge, his sanctuary. And for most of the year, he strolls the sand in blissful solitude, letting nature—and no one else—touch him. But spring has given way to summer, and soon, the annual invasion of vacationers and tourists will subdivide the beach with blankets, umbrellas, and chairs, depriving Alan of his privacy and seclusion—the fundamental touchstones of his life.


Resigned to endure another seasonal onslaught of beach-goers, Alan believes there is nothing he can do but prepare for the worst.


But fate has other plans.


Delivered to him on the crest of a rogue wave, the strange object appears to have no purpose, no practical use—until Alan accidentally discovers what waits inside. Now he must attempt to unravel an ageless mystery, unaware that the final outcome will change his life, and the beach, forever.


In the companion novella Short Time, you’ll meet a respectable but bored middle-class executive, who exchanges his future for six months of excess and extravagance, only to find out the price he must pay for his hedonistic indulgence is beyond anything he could have imagined.


Amazon link for The Beach

Review
I was given this book by author for honest review. It was interesting. The underlying messages in both The Beach and Short Time are meant to be learned from and taken to heart. I will say to be careful of “genies” in a bottle. Also beware of promised deals.


“Is there someone you’d like me to call?” Alan asked. “Maybe someone who usually gives you medication?” Alan’s initial frustration had turned into curiosity. And while he was still apprehensive about finding an intruder in his home, he no longer felt threatened. He was even deriving an odd sense of amusement from this eccentric’s outlandish ramblings. He wondered—even wanted to hear—what the guy was going to say next.


“Perhaps I can offer a few suggestions,” Efil said. “Let’s begin with a review of the standard offerings. First, there is power. Always a winner, very popular. Next on the short list is money and all that it can buy. And then that old favorite—especially with the Greeks—love. Many of your historians believe the Greek concepts of love and life to be virtually inseparable. Frankly, it’s my personal preference, but I don’t push it as much as I used to, especially after that incident with Job and his daughters, right after his wife became a saltlick for the camels. So there you have it—power, wealth, and love. Any of those sound appealing?”


The story was familiar, producing a flood of memories from Alan’s childhood. This guy wants me to think he’s some kind of genie, like the one from Aladdin’s lamp. He’s obviously gone to a lot of effort with the scripted dialogue and the sleight of hand. And he’s never broken character. Not once. Got to give him credit for that.


Alan decided to play along and get the charade over with. The gag would surely end as soon as the would-be actor had granted him three wishes. “Okay, I get it. You’re the genie and I’m the master—like in that story about Aladdin and the magic lamp. And now I have three wishes coming, right?”


Efil cocked his head to the side. “I’m not acquainted with this Aladdin fellow, but if it helps you to evaluate the possibilities of our new relationship, then by all means use it to your advantage. I encourage you to call upon all your memories, all your skills in our . . . negotiations.” Efil waited for the echo to stop, the sudden look of delight confirming his pleasure in listening to his own disembodied voice.


“I don’t understand. You saying I got wishes or not?”


“You have one negotiation.” The word was still reverberating as he continued. “And with it, an outcome, a result. Perhaps even a consequence. If it makes it easier to consider our exchange as the fulfillment of a lifelong desire, then I encourage you to do so.”


It wasn’t the kind of rhetoric Alan had expected to hear. But if it would move this windbag out of his house without having to complete a police report, he’d go along with it—at least for a few minutes. “Okay, I got one wish coming. You ready?”


Efil’s wide grin remained unchanged. “I am most certainly ready. However, you my friend, are not. We cannot begin until I am confident you are prepared to bargain in earnest—choosing your prize wisely, agreeing with the price, and approving the final terms of payment.”
Alan could feel the prickly sensation of static electricity, the very air in his kitchen seeming to pulse with energy. Efil’s body began to rise and in seconds he was hovering several inches off the floor. 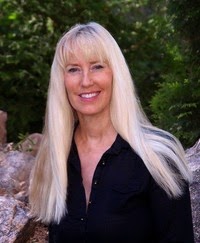 About the Author: Jaye Frances is the author of The Kure, a paranormal-occult romance novel, The Possibilities of Amy, a coming-of-age romance novella, The Cruise-All That Glitters, a humorous adult satire about love on the high seas, The Beach, a sci-fi supernatural tale about the possibilities – and horror – of wishful thinking, Love Travels Forever, a collection of poignant and touching short stories, and the upcoming adult erotica series, World Without Love, to be released Summer 2014. Born in the Midwest, Jaye readily admits that her life’s destination has been the result of an open mind and a curiosity about all things irreverent. When she’s not consumed by her writing, Jaye enjoys cooking, traveling to all places tropical and “beachy” and taking pictures—lots of pictures. Jaye lives on the gulf coast of Florida, sharing her home with one husband, six computers, four cameras, and several hundred pairs of shoes.

Guest post content:
There’s nothing I enjoy more than meeting new people. Sometimes it happens while I’m waiting in the checkout line at the supermarket. Other times I find a friendly face—and a willing ear–at the gym. I’ve even started up a conversation with the people at the next table while having dinner at my favorite restaurant. Depending on the circumstances and the situation, the subject can vary from the superficial to the serious. During these impromptu exchanges, the question is often asked, “What do you do for a living?” My answer usually spurs another in the form of a challenge. “What would you write about me?”

I suppose it’s a common fantasy, wanting to cast ourselves in the imaginary role of hero or heroine. And why not?  I do it all the time, often jumping headlong into the lives of my characters, vicariously enjoying a rush of joy and passion one moment, then resigning myself to wallow in the self-pity of disappointment in the next.

So how do I answer them? I try to encourage a bit of introspection by asking who they would like to trade places with, or if that stumps them, what’s the first thing they would want to change about their lives. After they’ve had a moment to think about it, I follow up with, “Based on what
you would have to give up, is it a change you could live with?”

In The Beach, the main character, Alan, has a similar encounter with a stranger—a man who unexpectedly shows up in his kitchen. While Alan engages him in conversation, he doesn’t realize his uninvited guest is about to unleash his own set of interesting and somewhat bizarre dialogue.


a Rafflecopter giveaway
Posted by Unknown at 7:00 AM