Jade has worked as a Seductor in a secret organization for five years now. Her main job? To earn the trust of her targets and secure the object or information her company was hired to steal—by any means necessary. She’s damn good at it, too.

With five years left on her contract, she is handed an assignment that turns her world upside down.

Oliver Kirkham is the attractive, young CEO of Kirkham Industries, a weapons manufacturing company, and is currently in possession of some very important blueprints—blueprints that could change the way war, as we know it, works. He’s extremely focused and doesn't have time to date, at least until he comes to the rescue of a shy but very alluring Jade Gibbs.

What happens when one night of passion turns into more? Will Jade allow her feelings for Oliver to get in the way of her mission? Or will she do what she was hired to do and secure the steal?

Review
I was given this book by author for honest review. Jade sent on assignment, Oliver. When I started this book I got stuck in my mindset of a female James Bond. Continuing to read my opinion didn’t change much. Was not all the action involved that his movies detail but the seduction spy/thief scenes are most certainly portrayed. 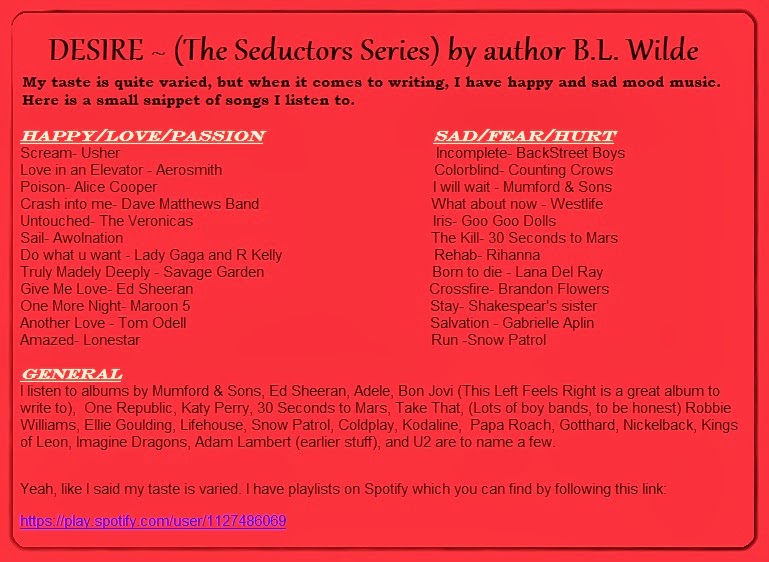 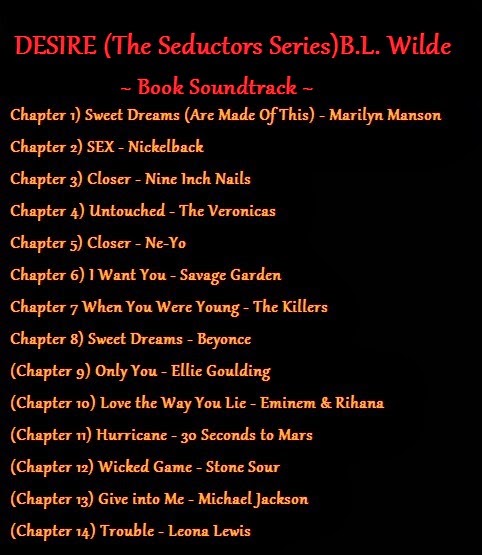 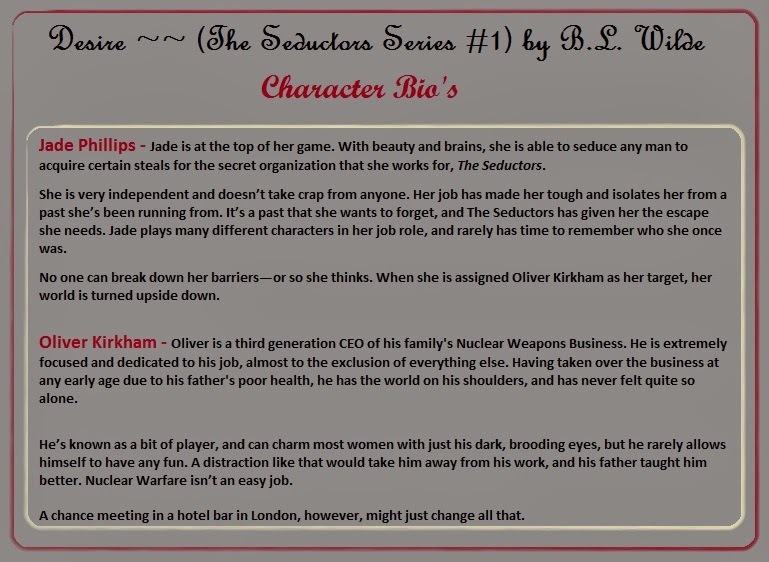 AUTHOR BIO
B.L. Wilde is a British author obsessed with many things, including heated love stories. Fully supported by her husband, she can often be found at her desk working on her next project.

Her journey into the world of erotica began when she started writing online stories over three years ago, and she hasn't looked back since.

1. In the middle of a busy street in the pouring rain.


2. Watching the sunset set on a hill/mountain.


3. Rolling around on the grass with the sun beaming down on you.


5. On the couch after cuddling for hours.


6. On a beach with waves lapping at your feet.


7. In a swimming pool after skinny dipping.


8. In a nightclub, with the beat of the music pumping in your  chest.

PRIZES 1 signed paperback of Desire (US Only)


This Tour Organized By: