Synopsis
Who knew pet-sitting could be so dangerous…or so sexy?! Socially awkward Emma “Spider” Fisher prefers her laptop to people, so she’s more than happy to oblige her boss when he asks her to pet- and housesit while he honeymoons in London. But it doesn’t take long for accident-prone Spider to lose a dog, get locked out of the house, and set off the house alarm! Thankfully, her hot new neighbor is more than happy to come to her rescue. But Noah West is a mystery to Spider—and one she intends to solve.

Amazon US | Amazon UK | Barnes And Noble | I Tunes | KOBO | Google Play
Review
I was given book for honest review. Noah comes to Spider’s rescue when she accidently locks herself out. I can understand how she was raised coming into play giving her a bit of innocence but Spider comes across as younger than her 25 years. Humorous, mysterious and suspenseful Spirited Away equals more fun and hi-jinks for the Physic Detective series from Angela Campbell. 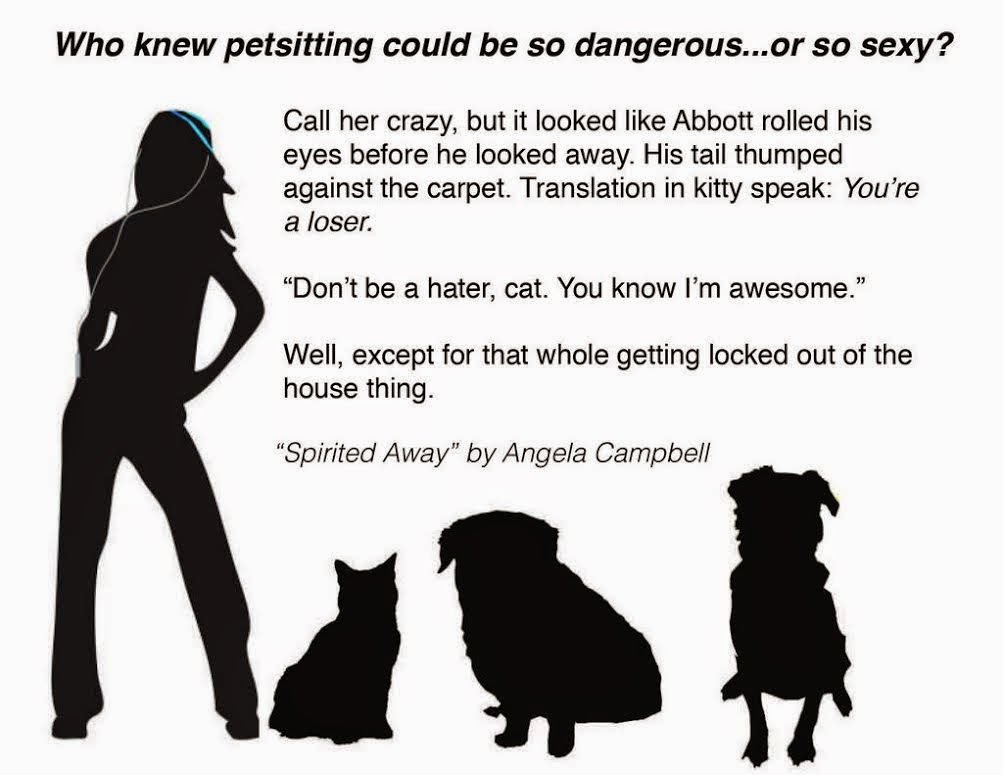 An eclectic reader who loves almost every genre, Angela Campbell read her first romance novel at 16 and immediately endeavored to write one, too. Many offbeat attempts (and a couple of decades) later, she published her first novel through Carina Press and has since sold a three-book series to Harper Impulse. "On the Scent" topped the Kindle charts in March 2014, officially becoming an Amazon best seller in both romantic suspense and romantic comedy. With every story she pens, Angela aims to build in a paranormal element to a contemporary and recognizable world with characters who find love in oftentimes humorous and extraordinary situations. Learn more about her books at www.AngelaCampbellOnline.com.