Brought together by circumstance. Bound together by chance. Despite the danger, passions ignite...
Sequestered for over ten years and manipulated by those that were supposed to love and protect her, Sorcha wants nothing more than her freedom. When her childhood friend and two other Shadows are kidnapped and held by a sadistic Director hell-bent on changing the very nature of their existence, Sorcha knows it’s past time to escape. With the help of the sinfully sexy Kiernan Black, she finally gains her independence, but the depths of her passion for the Warder may be more dangerous than the mission to save her friends. As a Warder, Kiernan Black has never turned his back on an innocent. So when one of his own is working with a demon to brutalize innocent Shadows, he knows he must save them. With the beautiful, brave, and infuriatingly stubborn Sorcha Davis as his partner, he embarks on what might be the most dangerous mission of his life. But if he can find a way to make the fiery Shadow his along the way, the rewards could outweigh the risks. 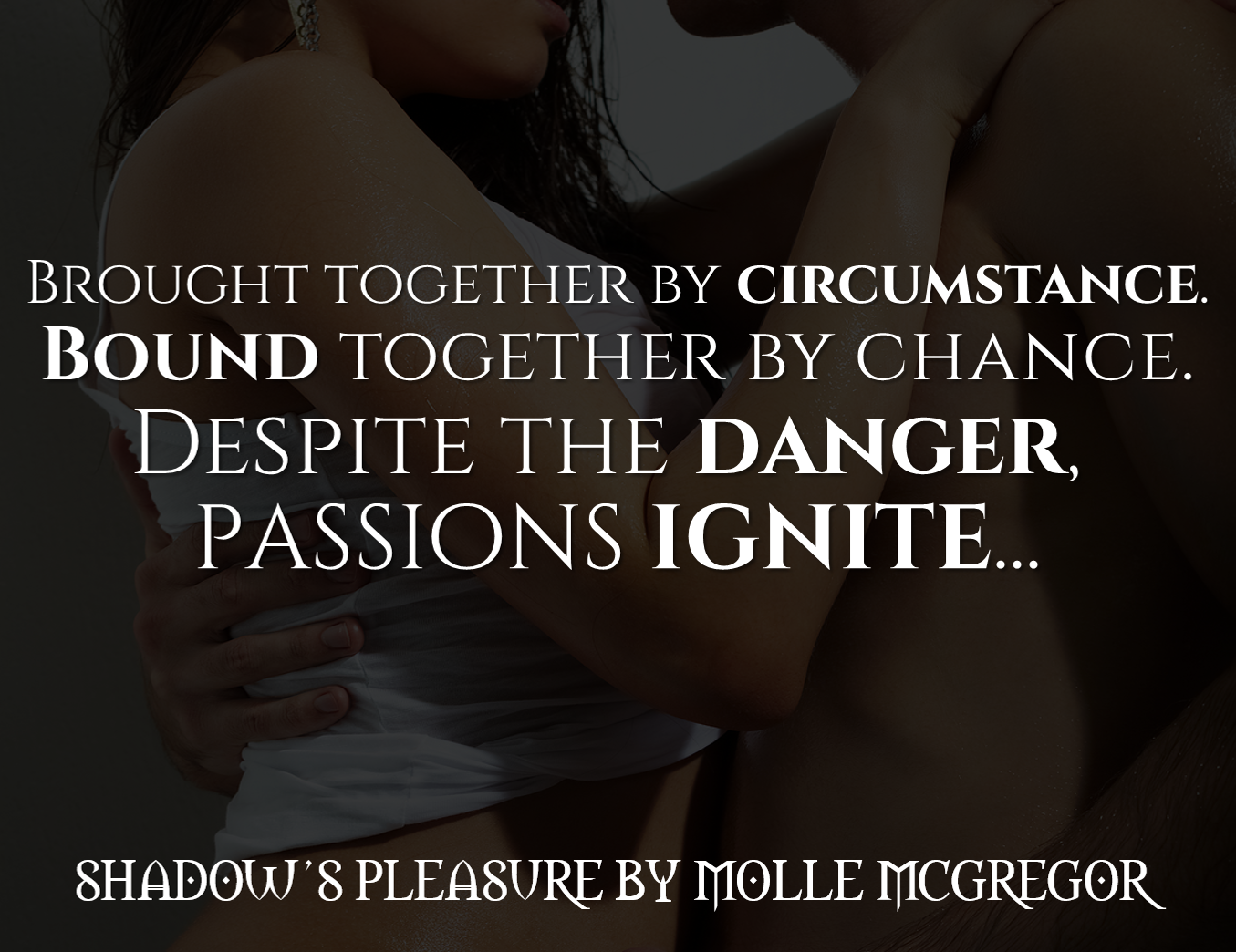 Molle’s writing career started when she was seven and suffered terrible insomnia. Night after night she couldn’t sleep until long after mid-night, only to wake a few hours later. Frustrated with her inability to just go to bed, (and her penchant for sneaking a book and a flashlight under the covers) her grandmother said, “You like to read so much, why don’t you tell yourself a story until you fall asleep.” With this brilliant advice, Molle’s overactive brain was off and running. Now, years later, she’s finally taught herself to sleep, but she’s never stopped telling stories. When she’s not reading, writing, or staring into space making things up, Molle is getting into trouble with her husband, two sons, two dogs and vicious attack cat in the mountains of North Carolina. She likes to hike, cook, listen to music way too loud, and hang out with her boys. She does not like dusting or emptying the dishwasher.

Giveaway
a Rafflecopter giveaway
Posted by Unknown at 5:00 AM