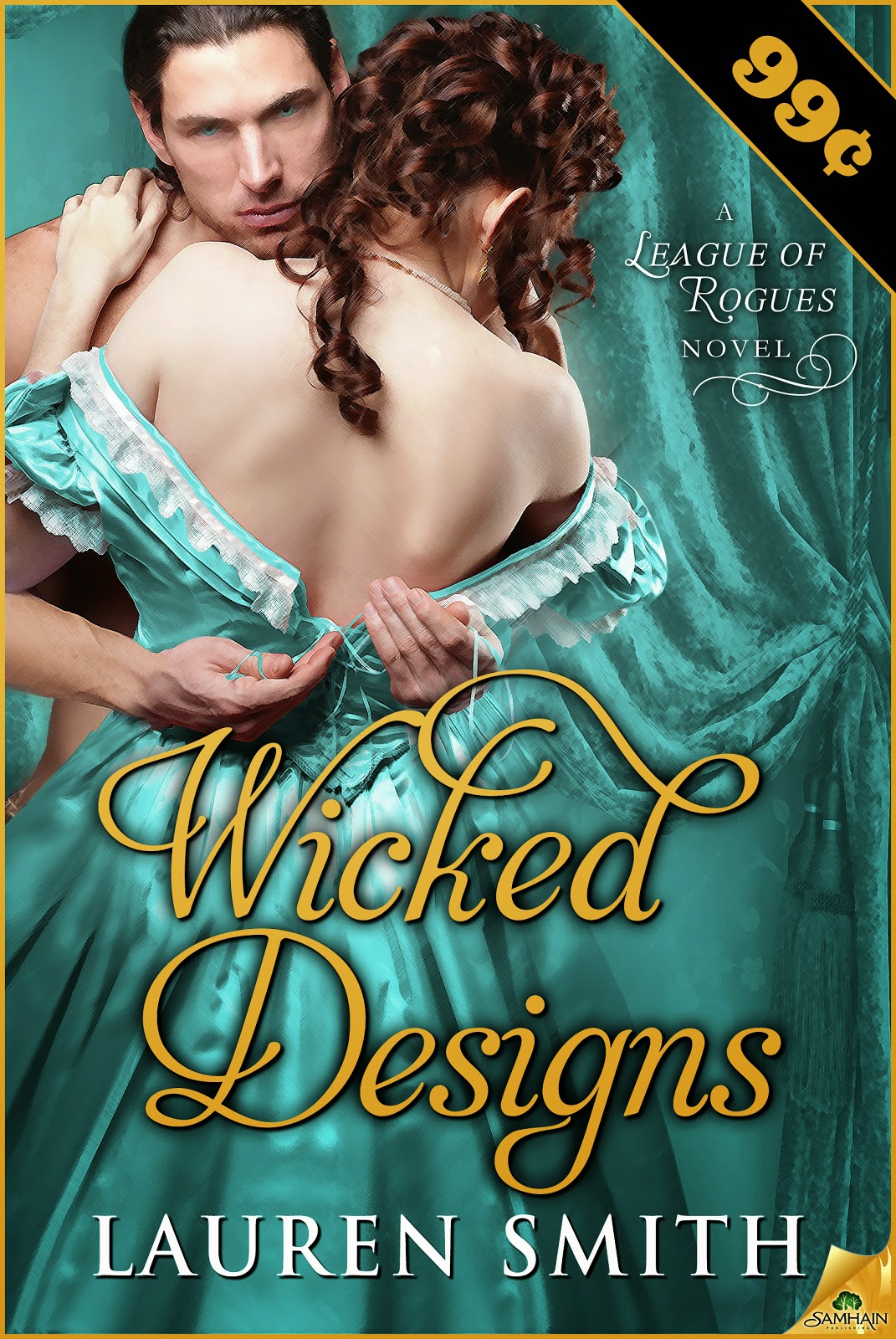 The League of Rogues takes what they want—but have they taken on too much?

For too long Miss Emily Parr has been subject to the whims of her indebted uncle and the lecherous advances of his repulsive business partner. Her plan to be done with dominating men forever is simple—find herself a kind husband who will leave her to her books.

It seems an easy enough plan, until she is unexpectedly abducted by an incorrigible duke who hides a wounded spirit behind flashing green eyes.
Godric St. Laurent, Duke of Essex, spends countless nights at the club with his four best friends, and relishes the rakish reputation society has branded him with. He has no plans to marry anytime soon—if ever. But when he kidnaps an embezzler’s niece, the difficult debutante’s blend of sweetness and sharp tongue make him desperate for the one thing he swears he never wanted: love.

Yet as they surrender to passion, danger lurks in Godric’s shadowed past, waiting for him to drop his guard—and rob him of the woman he can’t live without.

Warning: This novel includes a lady who refuses to stay kidnapped, a devilish duke with a dark past, and an assortment of charming rogues who have no idea what they've gotten themselves into. 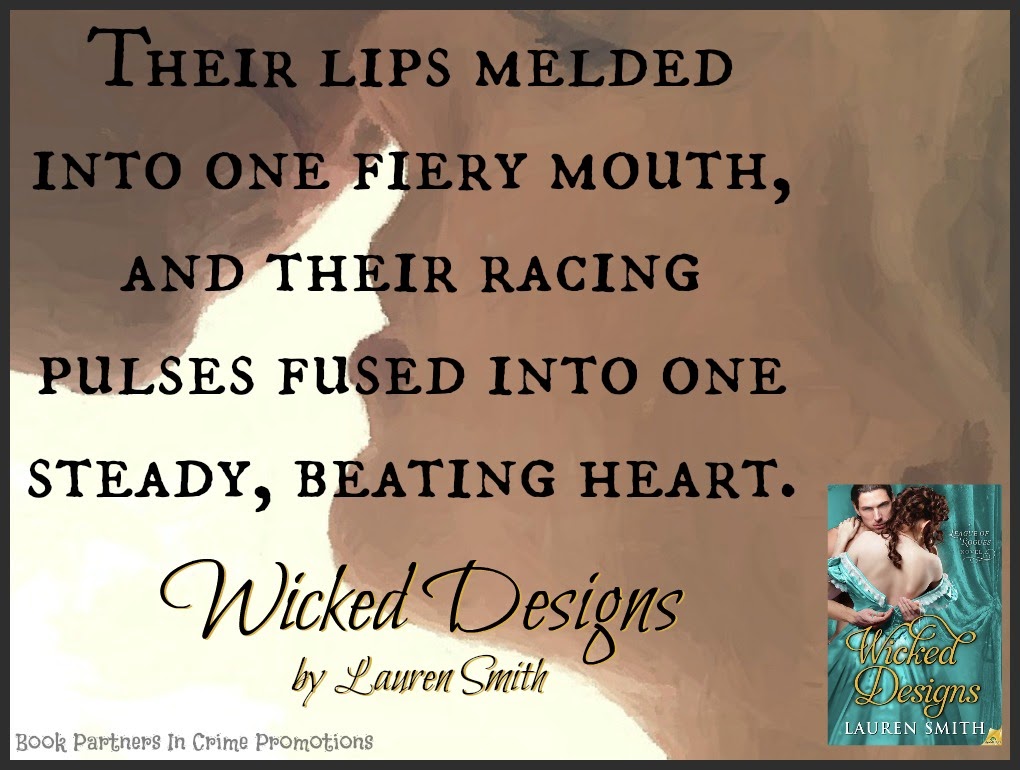 Godric’s chest shook with silent laughter as he drank in her sweet taste—innocence like fine brandy, addictive and intoxicating. Joy heated his blood and warmed his heart. She’d come back for him, rescued him.

Her hands clenched his biceps, fingers digging into him the more he kissed her. By the time he’d lifted his head to gaze down at her, she was panting, and her hips rubbed instinctively against his own.

He was transfixed by the delicate blush of her cheeks, and the slightly upturned nose that created an impish charm.

Yet he sensed she feared him a little.

Emily had never been with a man, never been kissed until he’d captured her. A more practiced woman would have known what to do. He enjoyed the little instruction he’d given her. The temptation she presented was too much to resist. He moved one hand up to cup her cheek, his thumb stroking the line of her jaw. Raw desire churned in the violet pools of her eyes, a hint of frustration added a shimmer that made him smile. She didn't like that she enjoyed kissing him.

He found her reaction to him fascinating. Other women would gaze at him with slumberous eyes, and leisurely return his kisses, or in Evangeline’s case, bite him back. Emily’s eyes were bright and full of wonder tinged with anger. There was an eagerness in her lips, a searching in her hands as she stroked his shoulders. It was as though she was determined to enjoy herself, even if she didn’t like him. He liked the rebellious spirit in her. She was taking what she wanted from him. If she demanded he stop he would, even if it killed him. But until then he’d steal as many kisses as he could.

Godric wanted to spend days with her, explore her soft curves and find new ticklish spots. He wanted to bow down and worship at the altar of her sensual innocence. She was every bit the wanton, wild creature for which he’d spent years searching. He’d finally found her, and he would have her beneath him, atop him, against the wall, bent over the bed… Oh, the possibilities.

He hadn't known a woman could taste like this, feel like this. He felt like a damned villain, having faked his drowning, but he’d wanted to see if she would return. His friends could have found her in Blackbriar easily enough, none of the shopkeepers would keep her presence a secret from him had he been searching for her.

But she had come back. The second she’d dragged him from the lake, he’d wanted to kiss her more than he’d ever wanted to kiss any woman. Right on the muddy bank, soaking and cold. He would warm her with his passion and his gratitude. The wet skin of her thigh was smooth. The muscles there stretched against him as she tightened her leg. She had the legs of a rider. Lord, how he wanted those legs wrapped around him the same way.

Soon. He promised himself he would take her a thousand times, in every way, ride her until she couldn't walk, yet leave her begging for more. 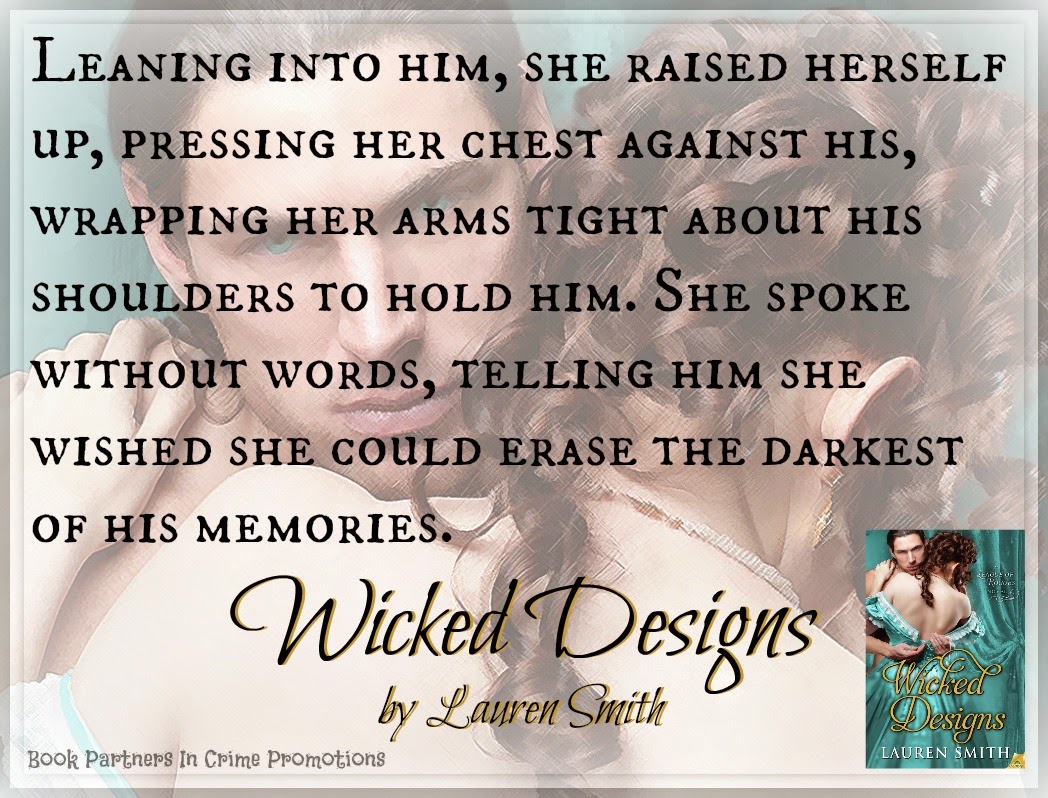 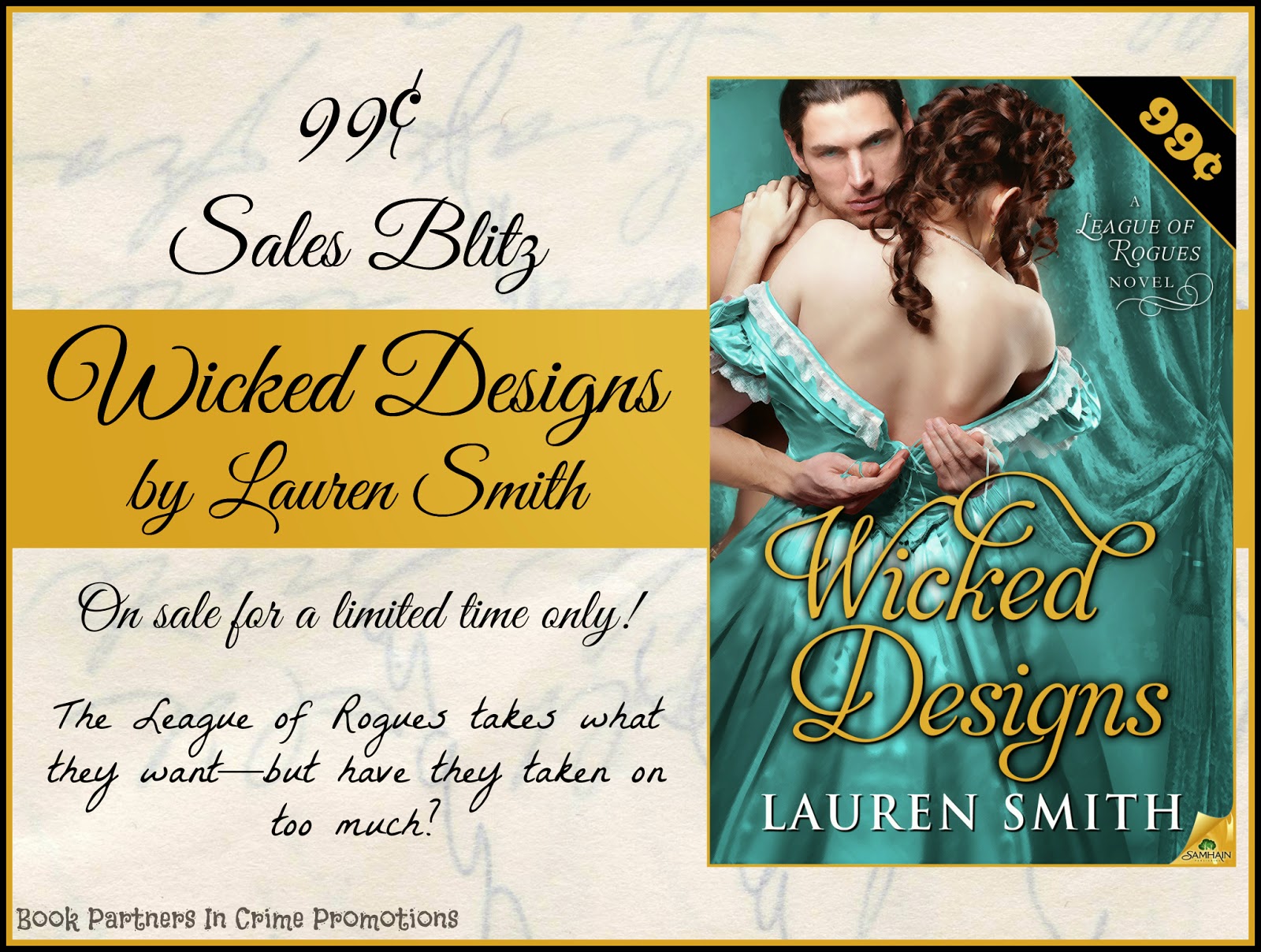 Lauren Smith is an attorney by day, author by night, who pens adventurous and edgy romance stories by the light of her smart phone flashlight app. She’s a native Oklahoman who lives with her three pets: a feisty chinchilla, sophisticated cat and dapper little schnauzer. She’s won multiple awards in several romance subgenres including being an Amazon.com Breakthrough Novel Award Quarter-Finalist and a Semi-Finalist for the Mary Wollstonecraft Shelley Award. Lauren loves hearing from readers and can be contacted through her site at www.laurensmithbooks.com.