Add to Goodreads.
Synopsis: After being jilted, practically at the altar, Genie Wainwright heads to Hawaii to escape the well-meant pity party her friends and family are bound to throw on her behalf. What she never expects is to find someone to help her mend her broken heart.

Donnie Taylor, owner of the posh Sapphire Bay Resort, has no interest in marriage--until he meets an unforgettable guest at the hotel. What starts out as a kindhearted gesture brings Donnie something he never expects--love!
Excerpt
Donnie Taylor had come from old Texas oil money. When he turned twenty-six, he’d gone to his father with the idea for Sapphire Bay Resort—an upscale haven set in paradise. His father had been hesitant, but Donnie’s mother had insisted—even though her son would be moving half a world away.
Five years later, Sapphire Bay Resort was no longer the best kept secret on the island of Oahu. Located on the North Shore, it appealed to the more discerning customer rather than the party crowd, who liked to hang out at Waikiki. And that’s the way Donnie liked it.
He enjoyed living in paradise. He enjoyed running the resort. What he didn’t enjoy was his mother’s constant nagging about grandchildren. It had gotten worse when she decided to move to Hawaii about a year ago, after his father died.
Donnie hated disappointing her, but how could he make her see that he hadn’t met a women he’d want to spend the rest of his life with, much less father her children.
But that hadn’t stopped Marla Taylor. She’d finagled her way into volunteering at the hotel’s concierge desk, but Donnie knew she was only positioning herself to scan the women as they came and went. So far, she hadn’t throw any of the hotel’s guests at him, but it wasn’t for lack of effort. Donnie knew it was only a matter of time before she found the one she deemed Ms. Right.
He strolled through the open veranda, smiling and greeting hotel guests and staff alike with an amiable nod. His mother wasn’t at the concierge desk, and that troubled him as he headed for the elevator and his office on the second floor.
His secretary, Lorna, hadn’t come in yet. As Donnie recalled, she’d said something about a doctor’s appointment today. Passing by Lorna’s work space, he wondered where his mother was and what she was up to?
Opening the door to his office, he found Marla Taylor sitting at his desk. She was in her late fifties and not a bad looking woman—as far as mothers go—and Donnie couldn’t understand why she didn’t concentrate on her own love life.
“Morning, Mother.” He called her mother because he knew it bugged her. “Something wrong with your desk?” He stood beside his chair, staring down at her.
“No.  I just wanted to talk to you.” Her Texas drawl was alive and kicking and truth be told, so was Donnie’s, just not as pronounced. It was hard to get rid of something that’d been more than twenty-five years in the making.
“What can I do for you?” he asked, thumbing through the files on his desk, pretending to look at them.
“Well for starters….”
“Never mind.” He raised a hand as if that’d stop her. But something had to. Donnie had bigger problems than his mother’s need for grandchildren. “Mom, I really don’t have time right now. Erin called in sick,” he said of one of the two dayshift hostesses for the Beachcomber Café, one of four restaurants on the resort’s grounds. “I’ve got to find a replacement to handle her duties.” There was no way the other hostess, Kelly, could handle the crowd by herself. Donnie wondered if he could get one of the waitresses from the Oceanview to stand in?
Marla stood. “I can do it.” Her voice was calm, but her eagerness was shining brightly on her face.
It wasn’t the greatest idea, but it wasn’t the worst either. Marla could easily handle the task of greeting the coffee shop’s patrons. She’d also be on the female diners like a dog with a bone once she found out they were single. And she would find out.
“Mom…” He glared at her and issued a stern warning. “You can’t be pestering the female diners in the restaurant.”
“Donnie.” She used her scolding tone. What she didn’t know was that it hadn’t worked on him since he’d turned ten. “People in Hawaii are friendly. I intend to merely uphold that tradition.”
He latched onto her arm and guided her toward the door. “Don’t make me regret this, Mother,” he said, shuffling her out into the hallway.
At this point, Donnie had been able to appease the resort’s guests his mother had been interrogating. Thankfully, they were easily amused with comps for dinner at the Wishing Well, Sapphire Bay’s world-renowned steakhouse. He didn’t want to get to the point where he had to start handing out free passes to the hotel’s best suites because of his mother’s hare-brained schemes.
About the Author: 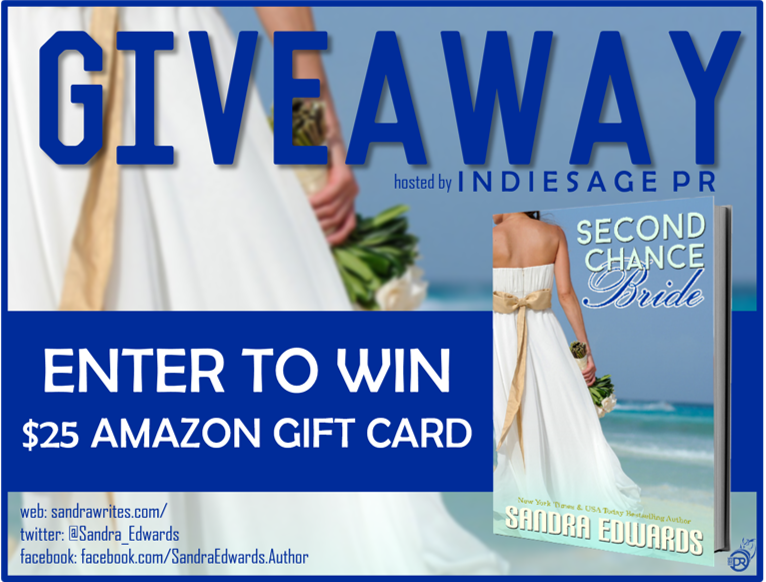