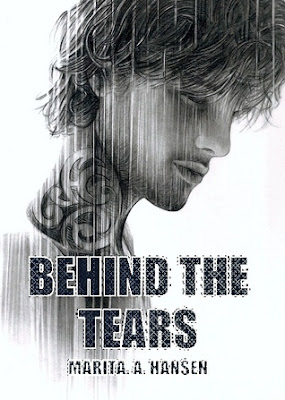 Behind the Tears
Behind the Lives Series #2
by Marita A. Hansen
Publication Date: December 24, 2012

To trust is to get hurt, to be loved could end in death. Everyone sees Ash as the toughest of the Rata brothers, the tall, tattooed man who is untouchable. But not many know of his past, of a tormented youth, which almost saw him take his own life. For ten years he's lived with the nightmares of his stepfather raping him, and how it destroyed his family. Further tormented by his first love leaving him, he tries to move forward with his new partner Beth, but is unable to open up to her, his past continuing to eat away at his soul. Beth knows Ash is keeping her in the dark, and every word he doesn't say, every secret he keeps, pushes her further into his brother's arms, someone who doesn't understand boundaries, a trait that has given Dante a wild reputation: the man every woman wants to bed. Hedonistic and uncontrollable, Dante desires Beth to the point of madness, his bipolar condition worsening with the stress of his hidden desires. He wants to control her, to take her, but he is deeply reliant on Ash, and like his brother, he hides his true nature. On the outside he shows a confident swagger that gets him the attention of both sexes, but on the inside all he wants is one woman who sees him as more than a sexual object. Sledge, the youngest of the three Rata brothers, finds himself in a different situation, dealing with the affections of his best friend: Beth's brother Corey. Diagnosed with cancer, Corey wants Sledge more than life itself, even though he believes Sledge is homophobic and would find him disgusting if he confessed his love. But when another man shows interest in Corey, Sledge's jealousy eats away at him, and makes him reassess his sexuality, and whether he could be more than a friend to Corey - whether he could be his lover. As the Rata family's love life is thrown into tangles, the brothers' stepfather escapes from prison with one thing on his mind: To get Ash once again. Someone he will kill for - and has killed for. (R18) Author's Note: Book 2 has different main characters from book 1. Due to this, you don't need to read book 1 to understand this story. Book 2 is more dark romance and family drama, while book one is street lit and social realism. Book 3 continues directly on from Book 2.

PRE-ORDER YOUR COPY NOW!!
Behind the Lives #4 - Behind the Secrets
Amazon US / UK 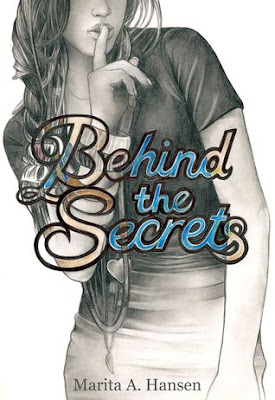 Too many secrets... When Beth receives potentially life-changing news that could ruin her future, she decides to keep it a secret from Dante, the man she hopes to marry. But Dante has his own problems as his deepest and darkest secret is revealed when someone from his childhood reappears, a secret so disturbing that it could unravel what’s left of his already unstable mind. Beth’s brother Corey struggles to keep his relationship with Dante’s brother a secret, scared his father will split them apart. But it’s his sister he has the most to fear from, when Beth takes advantage of his boyfriend’s vulnerable condition. Good cop or bad cop? Saul is eaten away by guilt over what he did to Beth while undercover. No longer willing to keep the assault a secret, he heads down a destructive path that turns him into something far worse than an abuser. 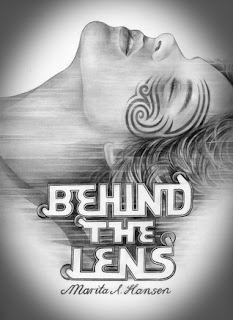 WARNING: Rated R18. Contains sexually explicit content, both M/F & M/M. Dante Rata learns what’s Behind the Lens in this explosive sequel to Behind the Tears. Dante has a problem with sex – he gets way too much of it. Women want him, force themselves upon him, fight each other to get into his bed, and this ripped to the bones sex god even attracts male admirers. But when Dante discovers hidden cameras in his bedroom, he soon learns his sexual prowess is famous and the women who have been throwing themselves at him are porn actresses, paid to trick him into performing for the financial gain of an underground pornography ring - an organisation who forces people into sexual slavery. Dante’s efforts to outwit Ant Torres, the porn-ring’s instigator, ends with Dante trapped into performing live for his fans; with the threat of death to his loved ones if he doesn’t. Dante’s brother, Sledge, also has a problem with sex – but with the same-sex. He finds himself attracted to Corey, his best mate. After Sledge is told devastating news about his family, he falls into Corey’s bed, taking him as a lover. Ashamed of what he has done, Sledge tries to hide the relationship from his family and friends, something which makes Corey feel like a dirty little secret. When he finds Sledge talking to a pair of females at a party, he flies into a jealous rage, outing Sledge in front of everyone. Humiliated, Sledge runs out on Corey, which inadvertently leads Corey to Torres’s bed, where he is made to perform for the camera. When Corey is dropped off at home, drugged and traumatised, Sledge learns about the pornography ring and the danger his brother is in. Intent on revenge as well as saving his brother, he sets out to bring down Torres, along with his crime syndicate anyway he can – whether it takes him with it or not.

NATIONALITY AND CULTURAL CONNECTIONS: I'm a true blue Aucklander, born and bred in New Zealand. I tend to write about cultures I have connections to, such as Croatian and Maori. I would love to visit Croatia again as I have family there. However, in My Masters' Nightmare, I have started writing about Italians. My husband is part Italian and I also have a degree in Italian.

SPORTS: As a teen my favorite sports were karate, badminton, and running. I also did unarmed combat and played in a touch rugby team (my gym teacher made me do the last one!) Now, I stick to coaching soccer and running. I have completed two marathons, numerous half-marathons and one 30K run.

CAREER PATH: I started off as a Graphic Designer, then went to Auckland University, where I got a BA degree in Art History and Italian Studies and a post-graduate Honors degree in Art History. I worked in the Art History field, then became a full-time artist, doing commissions. I eventually lost all of my senses and gave it up to be a poor, starving writer, smh.

STATUS: Married to my high school sweetheart (which he hates me calling him). We have two kids.

a Rafflecopter giveaway
Posted by Unknown at 12:10 PM