Wild girls get what they want… After moving to New York City, Hailey Thompson lands a job as the assistant to her older brother’s best friend - and her childhood crush - Andrew Everly. Seeing Andrew again both thrills and terrifies her. The lighthearted boy she remembers has grown into an impossibly handsome man, but he’s also become a cold and ruthless businessman. When Andrew agrees to hire Hailey as a favor to his childhood friend, he still thinks of her as the fresh-faced girl that he knew growing up. On the contrary, she’s all woman. Temptation in a short skirt. As alluring as she is though, the little beauty is far too flighty for a man like him…not to mention that he’s her boss. As Andrew secretly struggles with his self-control, Hailey does everything in her power to crack his rigid façade. After being forced to spend a weekend away together on business, Andrew’s rigorously sculpted mask of discipline begins to slip, and Hailey gladly takes advantage of the opportunity to educate him in the ways of seduction. He can claim all he wants that he likes his women elegant and controlled, but Hailey knows a dirty little secret…when it comes to matters of the heart, wild girls rule.

Rosalie Lario is the author of the contemporary romance series, THE EVERLY BROTHERS, as well as the paranormal romance series, DEMONS OF INFERNUM and THE FALLEN WARRIORS. Rosalie double majored in Anthropology and Classics as an undergraduate student, and briefly considered becoming an archaeologist before realizing they don't actually live the life of Indiana Jones. So what was a classical geek armed with a lot of useless knowledge to do? Become a lawyer, of course! After attending law school in Florida, she practiced real estate law for several years before finally admitting to herself that negotiating contracts wasn't nearly as fun as dreaming up stories. When not writing, you can find her on a boat somewhere along South Florida's waterways, chasing down a rainbow or pretending to be a pirate. 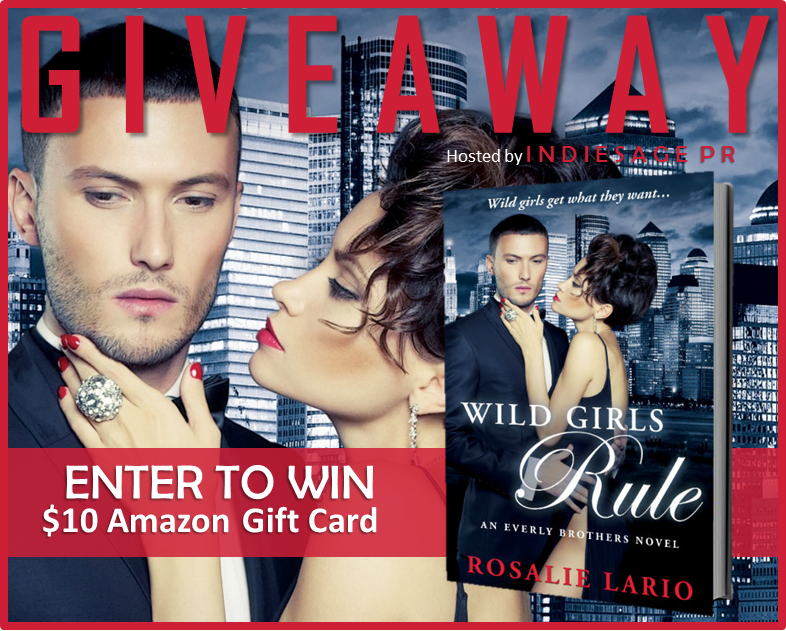