All the Trimmings by Caitlyn Willows When Chrissy agreed to housesit for her grandparents and prep the place for Christmas, she never imagined the icing on her cookies would be the twins next door. But they are hard-loving men who don’t play for keeps, and she's never played at all…until now. Joe and Jess crave their neighbors’ cute granddaughter more than they can stand. She’s definitely a game changer they never imagined, blowing into their lives like the approaching winter storm, stirring up their wildest fantasies and making them want with an intensity hot enough to melt the fake icicles draped around her Grandma’s house. Christmas with all the trimmings. Those were Grandma’s instructions. And while Chrissy knows she wasn’t referring to Chrissy laid out for Joe and Jess’s pleasure—or they hers—Grandma’s got some explaining of her own to do. Like how she knew about those dimples on the twin’s perfect backsides.

Christmas Candie by Nona Raines Aidan Callahan loves Christmas. His family makes it a big celebration and he does his best to carry on the tradition. Every ornament on his huge Christmas tree has a story and holds a special memory. He’s been hooking up for six months with Val Stenzler and would like to get closer to her, including sharing his love of Christmas. But aside from their hot sex sessions, she holds him at arm’s length. What’s the problem? Val hates Christmas. The most devastating, humiliating event of her life happened at Christmastime two years ago, and she’s still trying to get past it. There’s no room for fruitcake or mistletoe in her life. As far as she’s concerned, the holiday season can’t pass quickly enough. Christmas suddenly becomes a lot more interesting when Val and Aidan meet Candie Hurley. She’s as sweet as her name, as sparkly as tinsel and as mysterious as the Northern Lights. Aidan and Val both fall under her spell, but will the night they spend with her bring them closer together or tear their relationship apart?

Gingerbread Photography by Rachell Nichole Walker Savidge is one of FDNY’s Finest. He’s also the only openly bisexual fireman in the city. But his boyfriend, Ben Cook, is still very much in the closet, and not comfortable with his own sexual needs and desires. Every time they get close in public, Ben pulls away. Frustrated with his partner, Walker devises a plan to help Ben break out of his shell. The owner of Gingerbread Photography has been photographing the FDNY Firefighters for their calendar for years. She’s professional and sweet, and Walker knows she’ll immediately put Ben at ease. Now all he has to do is convince his lover to do a private x-rated, Xmas photo shoot. Ben knows Walker is fed up with his hang-ups, but he can’t seem to help it. Every time he thinks he might be okay with announcing to the world that he also likes guys, the horrors of his high school locker room stop him. Growing up in a small community that wasn’t always supportive of homosexuality has forced Ben to hide that half of himself. He’d always dated girls before moving to the Big Apple and finding Walker. Now he’s trying to reconcile the two halves of himself and give Walker what he deserves. So when Walker suggests a photo shoot, Ben agrees, though the idea makes him squirm. He knows the week of Christmas break will be the best time for the shoot. He’s told his parents he won’t be home this year for Christmas, so he doesn’t have to answer awkward questions about his love life, or break Walker’s heart by not inviting him home for the holidays. Lexie Ginger Rosamond is trying to survive as a NY photographer. But she’s dreading the upcoming holidays and her photo schedule. She’s reluctant to take on a last minute meeting with Walker and his boyfriend, but finally can’t deny the sultry voice of one of the sexiest firemen she’s ever met. But when Walker shows up at her studio with Ben, a young man she’s already met, and kissed, she doesn’t know what to do. As the photo shoot heats up, Walker jumps into the photos with Ben, and it’s almost more than she can bear. Until the two men ask her to join them in front of the camera instead of behind it. Tempted by their heat, and deciding maybe she can give herself a special treat this Christmas, Lexie agrees

Rachell Nichole is a contemporary erotic romance author, who loves writing sexy romances about memorable characters who have to fight to hold on to love.
Rachell holds two undergraduate degrees, one in Professional Writing and the other in French. She also received a Master of Fine Arts in Writing Popular Fiction at Seton Hill University. She is the author of The Marietta Hotels Series, Spicy with a Side of Cranberry Sauce, Break(Through) the Ice, To Sir, and Queen of Hearts.
Rachell lives in New York with a mountain of books, a loving family, and an invisible cat who loves to snuggle.
Website • Blog • Twitter • Facebook • Goodreads 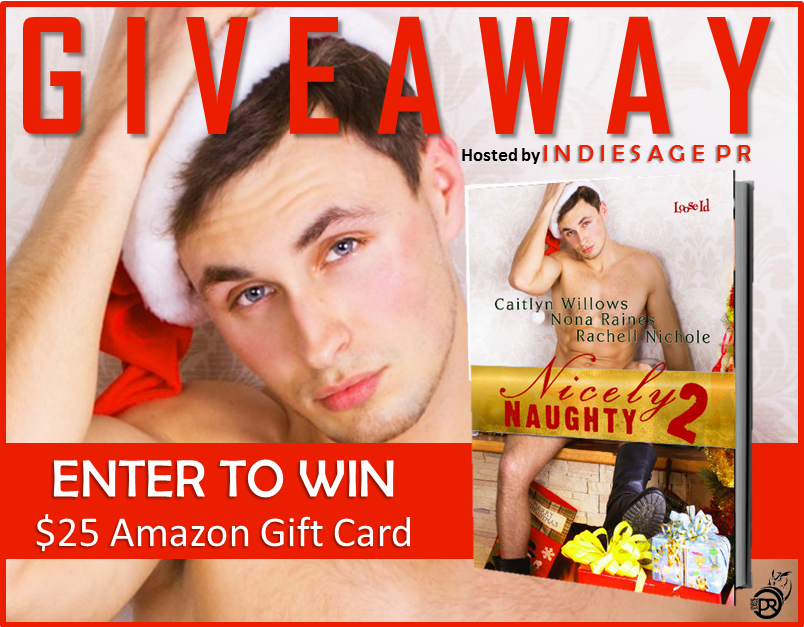