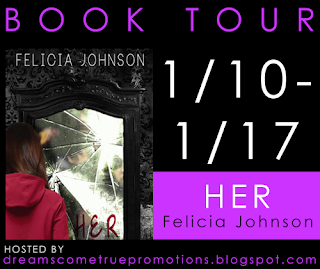 In many ways, Kristen Elliott is a normal, seventeen-year-old girl. Kristen loves her family. She works hard academically, and tries to please her mother. She takes on the additional responsibility of caring for her twin siblings, Nick and Alison. She idealizes her best friend, Lexus, who not only seems to lead the perfect life, but also catches the attention of John, the boy Kristen secretly loves. However, as is the case with many teenagers, Kristen feels frustrated, isolated, and confused.

In other ways, Kristen is not like other kids her age. She knows something is wrong with her. Kristen feels like an utter failure. She is unable to please her abrasive mother, and scared to confront Jack, her abusive stepfather. She is also unable to protect Nick from Jack, making her fell all the more helpless. Adding to her problems, she knows she will never be as beautiful as her best friend Lexus. Kristen finds solace in self-injury, and the company of Mr. Sharp, her imaginary friend who encourages her feelings of self-loathing.

After a failed suicide attempt, Kristen is placed in the Bent Creek mental hospital, where she is diagnosed with Borderline Personality Disorder. While in the hospital, she meets a group of peers suffering with their own mental illnesses, and a compassionate staff of doctors and counselors. From there, Kristen begins her journey to survival. She discovers the circumstances that brought her to this breaking point, struggles to understand her mental illness, and fights to be a survivor against her own worst enemy: her self-blame.

Kristen’s tale of endurance illustrates the complex illness of Borderline Personality Disorder. Readers – including those suffering from BPD and their friends and family – can glean insight into the illness from Kristen’s humanity. Her story is an example of how, if we try to push the past away, we are either doomed to repeat it or let it haunt us to our graves. 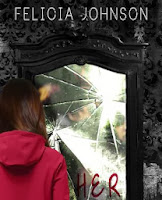 Nick pulled the sheets off of me, and found me hiding. I was lying still on my back with my wrists turned up. Blood stained my sheets and ran down my arms and onto the floor. I could hear soft, mellow cries in the background.

“Is she dead? Oh, God!” His voice faded as I drifted out of consciousness.

There were many pills. There was a lot of blood. There was only one knife.

I could hear him crying for our mother. I could hear them both shouting and screaming. He was screaming my name. I was too exhausted to call out to him and tell him that everything was going to be okay. This pain was going to be over soon. Nick was crying hysterically. He wouldn’t have listened to me.

I felt weak, like I had all of the weight of the whole world on me. It felt heavy at first. The paramedic lifted me up and onto the stretcher, and without any support, my head fell back. I couldn’t move my head. I started to feel weightless when he laid me down on the stretcher, like I was floating in the air. It was warm and peaceful.

I didn’t hear Nick’s screams or the sirens anymore. I was surrounded by darkness.I knew this was the moment I had been waiting for. The pain was almost gone. I felt a big relief, took a deep breath, and let out a sigh. If I were left alone for a little longer, I might have completely fallen asleep…

There was pressure on my chest. The pressure was so hard that I could feel my heart moving without my having any control over it. Air was forcibly making its way down my throat and into my lungs. The paramedic was breathing into my mouth.

I blacked out again and was back in the dark.

From under his strands of hair, I could see his lips shivering and his teeth chattering. He
hugged himself tightly and bunched his knees to his chest.
“I didn’t hear you come in,” I told Mr. Sharp.
He wouldn’t look up at me.
“Are you afraid?” I asked him.
He didn’t answer.
I felt the blood drip down my finger. I pulled my hand out of my pocket, and the sharp butterfly
fell into the palm of my bloody hand. Mr. Sharp stayed crouched up on the seat. He looked at
my hand and his shivering lips would not give me that smile I was waiting for.

“What’s wrong? I need you! Help me!”He bit down on his lip and kept his head low. He
wouldn’t let me see his eyes. I pressed the sharp butterfly wing to my hand
and twisted the wing into my palm. I screamed in pain as I twisted and made the blood squeeze
out.

Mr. Sharp turned away from me and, without opening the door, he stepped outside into the
pouring rain. He started walking towards thebridge that led to the highway. I began to open
the driver’s side door when Mom’s cell phone rang. I looked down and saw that Mom was
calling from her office. The phone rang continuously. She was calling because it was
after 3:00pm, and Nick had promised he would call her if I wasn’t there on time. I looked at the
phone, and then out the window that had begun to fog. Mr. Sharp was still on the path to the
bridge.

I slammed the door shut when I was out of the car, and I ran as fast as I could in the pouring
rain to get to him. When I caught up with him, he was at the top of the bridge, looking down
from the overpass.

Mr. Sharp kept his head low as he yelled over the noise of the traffic. “Jack was right!”

“No! He was never right!”“Yes, he was! You got what you deserved, Kristen, because you failed! He’s going to come back and he’s going to show you! You’ll see! She’s going to take him back!”
“She wouldn’t do that!”
“Yes, she would, if she knew that it would get rid of you! You are useless! You are ugly! You
are a loser!”
“Why?” I screamed out to him.
A car horn honked loud enough to make me jump. I had somehow walked out into traffic.
The car swerved and passed me.

My father would probably have killed my
mother. Theresa probably would have still killed
herself, and I probably would have done it, too.”
“Were you scared?”
“At first I was. When I first got here, I thought I
was being punished. Now I see what being a
survivor really is. It’s not giving up. It’s not
running away. It’s getting through whatever it is
you have to get through to make it. It is allowing
you to grow stronger for whatever is coming
next. It is being brave and choosing to live
through it all so that you can share your story
and help others. That’s what a survivor does. I
don’t want to run away anymore. I just want to
live and make things better. My mom wants to
do the same. I tell you, Kristen, Bent Creek may
seem like the worst place to be right now, but
you’ll see. It’s not.”
He looked straight into my eyes and said, “I’ve
watched you.”
My heart started beating fast. He grabbed my
hand gently and looked down at my bandaged
wrists. His fingers traced the fresh tape that Ms.
Mosley had used for the bandages when she’d
changed them this morning. I closed my eyes
and let myself feel this moment between us.
“You seem so sad and regretful. You can’t just
let it out, can you?”
I shook my head. My eyes were still closed. I
felt tears begin to well up in them. There were
no words to describe that moment. His words
and the feelings inside of me were just too
much. The tears poured out from underneath my
eyelids. He squeezed my hands. I jolted, not
afraid, just feeling too much.“Open your eyes,” he said.
I did open my eyes, and his large, beautiful eyes
stared into mine.
“You know how the old people in here always
have something to say to us? And when they
talk, they think they know everything. You
know?” He chuckled a little. Then his smile
disappeared.
“There are things I keep hearing over and over
that I do believe, though. They sound old–
fashioned, and they are definitely cliché. But
remember this, Kristen,” he told me with his
seriously passionate stare. “This too shall pass,
and what doesn’t kill you will make you
stronger.” He paused. “If you let it. Keep your
head up and your eyes open. That’s how you
will survive. If what you go through doesn’t kill
you, let it make you stronger.”

a Rafflecopter giveaway
Posted by Unknown at 1:00 AM