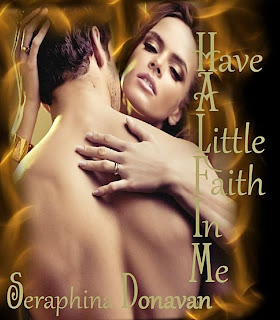 
Book One, Been Loving You Too Long is available at Amazon.

On the surface, Kaitlyn DuChamps is everything Grant Ashworth despises—a spoiled heiress with a bad attitude serving out her sentence on the farm as she tries to meet the terms of her uncle’s will. Brat or not, there’s no denying that she’s beautiful. Even as they snap at one another, he wants her, and it doesn’t take long for him to realize that there is far more to Kaitlyn than she wants the world to see.

Kaitlyn wears her bad attitude like the armor that it is. She forged it herself from the ugliness, from the pain and betrayal of her past. No one gets in, no one sees the real her, and no one gets past her carefully constructed defenses. Even as she gives in to the heat between them, to a passion with Grant unlike anything she has ever experienced, Kaitlyn tries to keep her emotional distance.

But Grant sees through her, digging at her secrets, chipping away at the walls...and when her past comes calling, she has to decide just how much she trusts him.

Grant Ashworth stood in the small crowd of people outside the baggage claim area, watching the gate for the latest pain in his ass. He didn’t personally know Kaitlyn DuChamps, but he knew of her. With her face plastered all over the tabloids and her party lifestyle, detailed by every vulture on television and every rag at the grocery store checkout stand, it was hard not to.


Recalling his promise to his mother of how he would be nice, he tried to keep an open mind. It wasn’t easy. As a general rule, and in spite of his own affluence, Grant didn’t really get on with the old money set. Of course, he hadn’t been born to it.


When he saw her striding towards him, her heels clicking on the tile floor and her body draped in designer clothes, he forced himself to bite back a curse. Definitely a princess with a capital P. From her gigantic sunglasses to her pointy-toed stilettos, she was a woman made to wreak havoc and misery on men. She would also be his responsibility for the next three months.


“Son of a bitch,” he muttered. With his cowboy hat in one hand, he ran his other hand through his hair in a gesture of annoyance as old as time. Steeling himself, he moved towards her. “Ms. DuChamps?”


She stopped in her tracks. Even without removing her sunglasses, he could feel her gaze traveling over him. She looked him up and down, and he felt it when she summarily dismissed him. Hell, he knew he didn’t look like much in worn jeans and a T-shirt, with mud still covering his boots and his hair dampened with sweat, but damned if it didn’t rankle to have her look at him like that.


Staring at her flinty eyed and unimpressed, his jaw firmed in resentment. “I’m your host, or rather, my mother is—I’m Grant Ashworth and I was sent here, against my will and better judgment, to see you to Ash Grove Farms.”


She dropped her shades, lowering them to peer at him. “Well, Grant Ashworth, Kentucky hospitality isn’t exactly what I expected. What mode of transportation are we taking? Tractor or a monster truck that’s a rolling bit of compensation?”


“Is that what you think of Kentucky?” he demanded, stunned by such blatant snobbery.


“Not Kentucky, no. Just you,” she replied. “My bags are over there.” She walked past him, strolling toward the exit on those ridiculous heels.


He turned to watch her go, not sure whether to be offended or amused. Regardless of whatever he thought of her personality, her body was poetry in motion.


I ought to leave the damn bags, he thought. He wouldn’t, of course. Facing his mother after doing something like that wasn’t high on his list of preferred activities. It didn’t matter how at even thirty five years old, she could still reduce him to a quivering boy with nothing more than a hard look and a pointed, elegant finger. She and Kaitlyn would probably get along just fine.


Grumbling under his breath, he retrieved the two large suitcases, each of them weighing a ton.


She stood outside the doors, her hip cocked and her arms folded across her chest, waiting for him, her full lips pursed in an expression of displeasure.


He moved past her, heading toward the parking structure with grim determination. “Didn’t anyone ever tell you your face might freeze like that?”


“Is that what happened to yours?” There seemed to be a hint of amusement beneath the barb, but her voice sounded soft and saccharine sweet.


Grant didn’t respond, just kept walking until he reached the truck. Dropping one bag to the pavement, he retrieved his keys and pressed the button to disable the locks. He tossed the suitcases, none too gently into the bed of his truck and waited for her to say something.


Her only visible response seemed to be a tightening of her jaw, bared by her short, cropped hair.


He never liked short hair on women, but the cut worked on her. Her bone structure looked so undeniably feminine and the edgy haircut only enhanced it. There would be no denying she was beautiful, but in his experience, that kind of beauty rarely went deeper than the surface. Rather than open the door for her, something he would normally do, he simply climbed behind the wheel and waited.


After a few seconds of stunned silence at his rudeness, she opened the door and climbed in beside him. While she moved, the oversized black sweater she wore slipped off her shoulder.


The slip revealed the lacy edge of a camisole in some color he couldn’t identify. It also gave him a peek at the swell of her breast, not large but perfectly shaped. Looking away, he gripped the steering wheel in both hands.


“Not really,” he lied. “Just trying to figure out why you’re so damned full of yourself.”


I was given this book by author for honest review. Kaitlyn and Grant have a combustible relationship right from the start. Family intrigue concerning wills and inheritances make this an interesting worthwhile read.


Seraphina Donavan is a hopeless romantic with a wicked & oh-so-dirty mind! Those things, combined with her love of writing, prompted her to take the leap and transform those fantasies into written words on a page. As a curvy girl herself, Seraphina has made it a point to celebrate those women with delicious curves with her work through writing and the hot men who love them.


She currently has 18 published books & is working on many more..
Living in Central Kentucky, Seraphina spends her time rescuing stray animals, working for a non-profit agency and dreaming of becoming a best-selling author. She lives in a home that has more character than working parts and enjoys spending time with her fur babies. Feel free to contact her with any questions or thoughts on your mind.. She loves connecting with her readers & hearing from anyone!