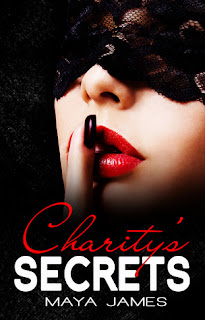 The unbridled heat continues between the beautiful Charity Powers and her gorgeous and passionate assassin for hire, Justin Collins. He exists only to love her and keep her safe, but that’s not so easy when she is such a force of life. Charity makes it her mission to heal Justin’s wounded path, but to do it, she must hide terrible, dangerous secrets from him that risk their entire relationship.

The holidays arrive filled with wonderful sentiments that leave each of these lovers closer than ever, but just as the celebrations come to a close, one of their dearest friends is brutally attacked. There needs to be retribution, and both Justin and Charity deliver it. In the process, evidence of a traitor is discovered on the Panther team, jeopardizing not just everything they’ve worked for—but their very lives.

Discovering Charity’s secrets devastates Justin, but his broken heart is no rival to the fury of learning that his beautiful obsession is being hunted. Rescuing her leads him to the truths of this past.

Nothing can contain Justin’s devotion and intensity. Charity has to be kept safe. The traitor and their enemies, personal and political, must be eliminated if they are going to survive.

I was given this book by author for honest review. Read Book 1 Charity’s Warrior before starting this one, takes off right where it ended. Hot and passionate so be prepared. The love and devotion Charity and Justin have sees them through some hard times and left me wanting book 3 sooner rather than later. Wonderful read.

I'm very passionate about writing stories full of love, lust, eroticism, and strong characters entwined around each other in an interesting, suspenseful journey.

East coast born and raised, I'm married, extremely happily, with 4 kids, 3 of which are now young adults (not sure when that happened).

I’m a COO in my technology-based "day job,” which requires a mix of technical and creative writing for both internal and client-facing materials, but it was not satisfying my artistic spirit. Writing the “Charity” series has been absolutely fulfilling and exciting.

My favorite writing takes place on my phone while lying on the Southernmost Beach in Key West, where I try to go at least twice a year.