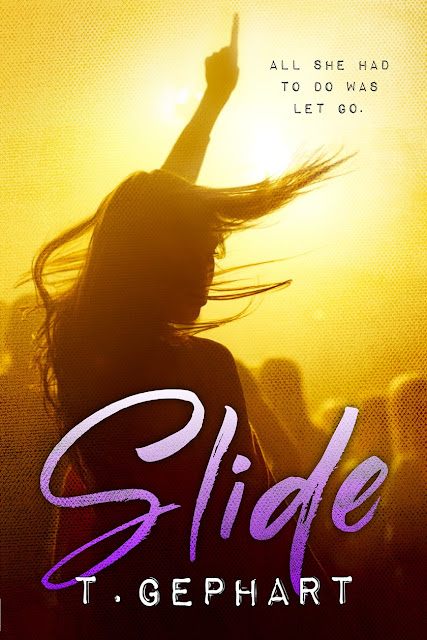 Touring as an opening act for a huge rock band and landing a record contract means you’ve hit the big time, right?

Sadly, neither of those things gave Rusty Crawford, lead guitarist of the band Black Addiction, worldwide fame and fortune. Which was a shame because he had the lifestyle down to a fine art—without the clichéd stint in rehab.

Even being back in the Bronx, paying his dues didn’t rattle the charismatic axe man, ladies loved him and men wanted to be him. Fate would just have to catch up. Seemed like fate had more than just a platinum album planned for his future.

Alison Williams had the perfect life. Or at least she did until her world came crashing down around her, in the most epic way.

With her future no longer a certainty she finds herself out of her comfort zone and into unchartered territory—a place where Rusty Crawford likes to spend most of his time.

Will the charming and ridiculously hot rock god help her find her feet, or send her further down the rabbit hole? One thing was for sure; both of them were in for the ride of their lives. 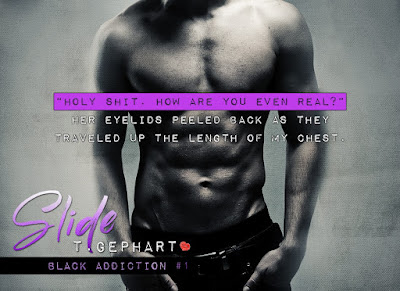 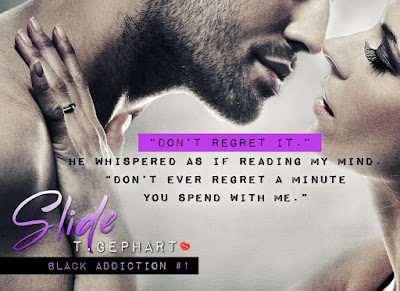 “Hello, ladies.” His voice purred, sending vibrations through my body.

It was him. My beautiful mystery man. The one who I’d seen plenty but never spoken to. He was standing in front of me, smiling.

In hindsight, I shouldn’t have been so surprised. There weren’t many bars in our little neighborhood where you didn’t need a Hep C shot before you entered. This particular establishment promised an impressive beer menu without the risk of a communicable disease, so it would stand to reason he would know about it too.

“Hi.” Was all I was able to manage, convinced he was probably talking to someone else. Perhaps he meant the Amazonian redhead who was sitting to my left, openly staring—that would make a hell of a lot of more sense. They could probably shoot joint commercials for teeth whitener and make adorable, if not freakishly tall, children together.

“I couldn’t help but notice your friend stole your drink. Ordinarily I’d overlook such thievery, but I’d hate for there to be a brawl in my favorite bar. So in the interest of keeping the peace, I’d like to replace it for you.” His voice smooth, as was his delivery. I had to remember to breathe.

“She wasn’t going to drink it, but you can totally buy her another drink,” Renee answered before I’d gotten the chance. Her smile widened as she turned to face me and mouthed the words “he’s hot.” She needn’t have bothered; his hotness was not something that needed to be confirmed.

“That’s okay, I’m good.” Thankfully words came out of my mouth even if they sounded in no way intelligent.

“Well, glad to hear you’re good. Nice to meet you, my name is Rusty.” He smiled as he moved in closer, his hand signaling the bartender. “What were you drinking?”

In what I can only explain as temporary insanity—probably from the shock of having the beautiful man talking to me—I blurted out, “I have a boyfriend.”

I officially wanted to die.

While I did have a boyfriend, and hopefully in a few hours I would be moving into his upscale apartment, there was no reason to announce it so dramatically. Almost as if to prove that I hadn’t secretly fantasized about him while in the shower every day this week—which I had. Sweat prickled at my brow.

“Is that some code for you’re not thirsty?” Rusty’s lips curved in amusement. While the words weren’t sexy, the humor in his voice was a definite turn on, a hot button straight to my libido as he stood there grinning at me.

“Well, would you look at the time? I have a thing, wouldn’t want to be late.” Renee tapped her naked wrist—her watch missing in action, as was her tact. “Call me, Ali.” She gave me a hug and whispered, “If you don’t screw this guy, you’re dead to me.” And just like that, she evaporated from the room.

“Your friend always bail on you like that, Ali?” Rusty’s voice curled seductively around my name as he smiled, moving to the barstool Renee had vacated.

“It’s Alison.” Ali was just too personal, like him kissing me on the mouth. I totally would not have been okay with that. Mostly. 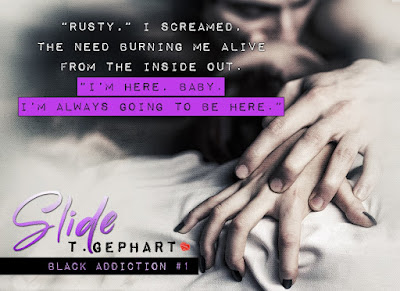 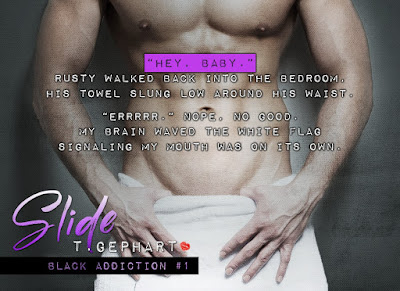