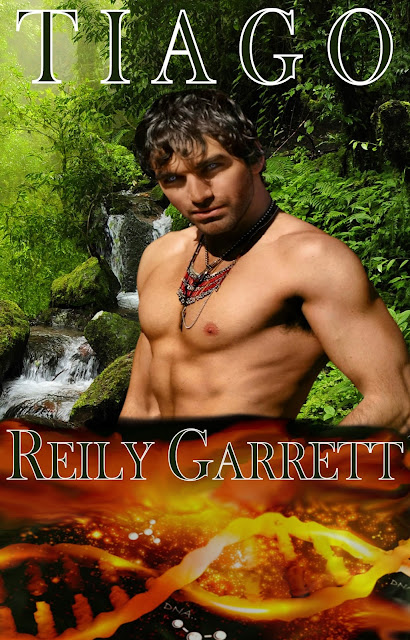 Jungle: a vicious area of confusion—i.e. the real world.

Enter the realm of the Amazon Rainforest where man is not an apex predator.

Twenty-four hours ago, Brielle stood helpless while an intruder murdered her mother. After fleeing to the Amazon Rainforest, she struggles to stay a step ahead of the psychopath searching for the crystal she wears, her birthright.

As guardian of the biological hotspot, Tigao guards the maze of rivers, swamps, and forests from those who would rape and plunder his land for its wealth of minerals, trees, and wildlife. His compulsion to protect the foreign, blonde-haired enigma rescued from a poacher leads him face-to-face with a scientific sociopath intent on creating a world where chaos reigns—under his leadership.

An exciting blend of action, adventure, and romance, between a man not looking for love and a woman trying to survive. 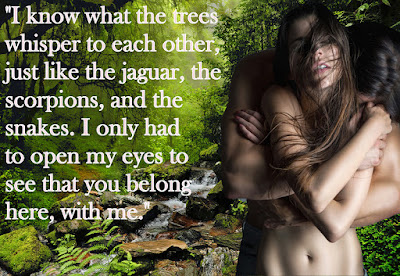 
Even if she had the ability and strength to run, she wouldn’t get far before one predator or another brought her down. Bleeding from her wrists and ankles issued an open invitation to one and all carnivores.

In her mind’s eye, she could see the elongated mandibles of the soldier ants chomping through anything in their path, the formic acid venom they emitted dissolving her flesh in a consistent and organized fashion. Though blind, they were sensitive to movement. Even if they only moved forward at an inch in several seconds, she didn’t stand a chance with the drugs lingering in her system and other predators nearby.

Her mom had once told her you could actually hear them coming through the forest—and she did. Though the gentle mist falling was near silent, the sound of the ant swarm’s chomping through decaying leaves gained volume with each tick of an imagined clock.

As she awaited death to come in the form of millions of stings and dissolving flesh, she thought of her mom who’d wanted her to live and find contentment in the Amazon. Now she would die here, alone and terrified.

Off to her left, the hisses of many leopards morphed into growls and snarls. The staccato spitting of rapid gunfire followed angry curses, which then morphed into pathetic screams. Perhaps Gus wouldn't survive this, after all.

To hear the guide beg from the very creatures he’d endeavored to kill lent a primal satisfaction, even if it was the last she’d ever enjoy. At least, the residents of the jungle and women in nearby villages would remain safer.

Digging her elbows and toes into the tent’s canvas floor, she inched forward, compelled to watch death approach.

Swishing and slapping leaves opposite the last tent brought her attention to her final threat. Only minutes existed between this life and feeling her mom’s arms around her again. Since fear wouldn’t lend enough strength to attempt escape, she'd meet this final threat with as much dignity as she could muster.

She’d been drugged, overcome with grief and pain. It was just—all too much.

Acid released from the ants’ mouths would be painful beyond anything she’d ever endured, yet a calm and peaceful mantle settled about her shoulders. Nothing lasted forever despite what her mom had declared. “One day, you’ll join with an incredible man who’ll stand by your side for eternity. From that point on, you’ll know peace as you never have.” How could she believe such nonsense? She was no fairy princess.

Deeper in the jungle, Gus’s strident voice echoed in the morning stillness. His gun remained silent except for the metallic clicks announcing his lack of ammunition. “Move, damn it! They’re coming. You’ll die, too, if we don’t leave. Why are you surrounding me and not attacking?”

Confusion bore down faster than the oncoming ant swarm, compounded by her inability to sort out the facts. Perhaps the mind couldn't comprehend some terrors so it instead exuded a sense of euphoric peace in its place.

In the distance, a warm glow bathed the drooping durian leaves, not from above but seemingly from within. A glow she associated with Tiago.

In the midst of all the chaos, a chestnut-colored arm brushed the small branches aside to reveal Tiago’s chiseled and carved form.

After a quick inhale, she struggled through the tent opening on bruised hands and skinned knees, hands and feet still bound.

Another fast breath and she stood, naked, on shaky legs.

The soothing rain washed the air clean even as it drizzled down her face to slide over the slope of her breasts to the valley between. Goose bumps raised along her arms and shoulders multiplied with the slight breeze.

Air exploded from her lungs, taking sanity with it in one loud whoosh. Her teeth rattled as she dropped to her butt, shocked speechless, breathless.

Thousands, millions of ants had parted for and surrounded Tiago, not attacking, remaining a constant distance from his path.

In mesmerized horror, she watched the insect army’s destruction of all vegetation in its path on either side of the man who walked between their ranks. From her mother’s teachings, she remembered they generally traveled in either some type of fan wave or even a line but never alongside a human being. He isn’t human. The thought came unbidden in a moment of blind inspiration, along with the realization that no one would live to tell his secret.

The iridescent shimmer surrounding him brightened to near-blinding intensity in the following heartbeats, adding a fluency to his predatory grace. Light seems to originate from the pendant he wears. In a self-protective gesture, she shaded her eyes with cupped hands.

Even with his glowing form and the distance between them, death approaching in stilted movements, the heat in his penetrating-cobalt gaze reminded her–she wore no clothes. Yet, from him, the warmth curled inside to stir the same excitement she felt with his prior touch on her forehead.

Though she still heard Gus’s angry and panicked shouting in the distance, she no longer feared for herself, despite the fact she could now see the swarm of ants heading directly toward her. What the hell?

Their alternating tripod system of angular movement held her in thrall with their approach. One coordinated half-moon shaped body of ants marched to either side of Tiago and seemed to know his path before he moved to maintain a constant distance from him.

“How…?” The thought of holding her breath to still her slightest movements before the blind advancing horde suddenly seemed a ridiculous option in light of his obvious control.

Thousands of ants stopped two feet away from her, their small, segmented bodies swaying side-to-side to an unheard beat. Looking beyond Tiago, she realized she’d misjudged their numbers.

“There must be millions…” As stunning as they were deadly, astonishing didn't come close to describing the spectacle before her. In unison, the miniature waves undulated in their coordinated and fascinating shift. Each ripple drew her further into their mesmerizing spell.

Now, she realized, not only did Tiago command every aspect of her being, he commanded non-human creatures as well. That understanding came on an elemental level, innate knowledge verified by nightmarish reel playing out in front of her. He also commanded the distant leopards surrounding Gus. Yet here he stood, looming, towering over her, making her feel small yet significant in a way she’d never imagined. 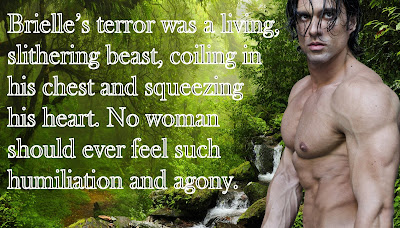 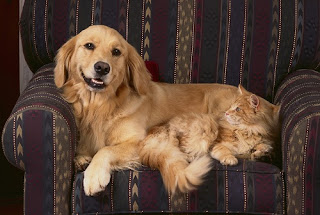 Reily’s work as an ICU nurse, private investigator, and work in the military police has given her countless experiences in a host of different environments to add a real world feel to her fiction.

Though her kids are her life, writing is Reily’s life after. The one enjoyed…after the kids are in bed or after they’re in school and the house is quiet. This is the time to kick back with laptop and lapdog to give your imagination free reign.

a Rafflecopter giveaway
Posted by Unknown at 6:15 AM