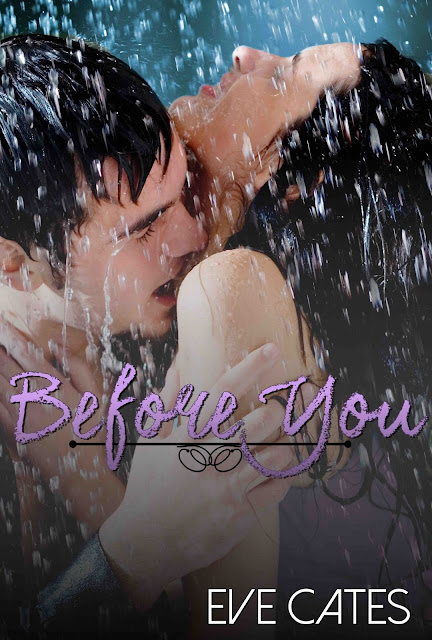 Just until I don't need you anymore...'

When Willa Henderson flew to Chicago, she was just supposed to pack up her brother's apartment and ship everything inside it back to LA. That included packing up his roommate's things up as well. It was a big ask, but Dave was her big brother, so Willa agreed.

The last thing she was expecting was to run into said roommate - the intense German named, André Bauer, a photojournalist who was supposed to be in Afghanistan working for the next few weeks - on her first night there.

She also wasn't expecting him to throw her out on her a** without even trying to let her explain who she was and why she was there.

From the moment they met, they didn't like each other, and neither of them really had any interest in changing that fact. But one thing they did know, was that they were unequivocally attracted, and it didn't take too long for them to collide.

With both of them screwed up by their pasts, neither of them could handle a relationship if they tried -

André is a self-confessed a**hole.

Willa is a self-confessed commitment-phone and gets angry whenever she feels.

Then there's Willa's brother, who could very well kill André if he found out he'd slept with his sister.

But, when desires go unchecked, there's little that can change the outcome, and eventually Willa and André agreed to give in - just until they got each other out of their system.

They expected it would take a week, maybe two. Then they could walk away without anyone getting hurt.

Before each other, that arrangement might have worked out, but there was something there - an intensity they couldn't explain.

As layers are peeled back and secrets are revealed, they find themselves in a state of need that neither was prepared for... 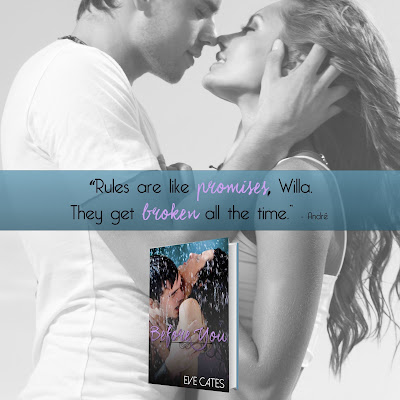 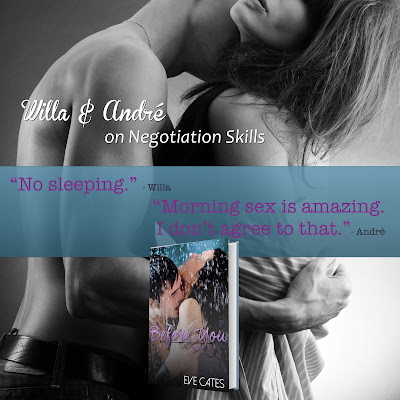 We landed against the wall just inside the door.

“Maybe we should set down some ground rules,” I gasped between kisses as I pushed his shirt up over his head and threw it on the ground. I ran my hands down the hard muscles of his chest, between his abs then stopped at the button of his jeans.

Bowing his head, he kissed and gently bit my neck. For a moment, my mind was empty as his tongue moved along my jaw.

“What kind of rules?” he whispered, sliding his hands underneath my shirt and running his warm palms over the flesh at my waist.

“Um…” His hands moved over my breasts, practically ghosting them. I wanted him to grab them, knead them. My nipples went hard at the thought.

“Rules?” he prompted, removing his hands then lifting my shirt over my head. Immediately, he grabbed my breasts and squeezed like he knew exactly what I wanted. Then he pressed a kiss to my cleavage, and my fingers slid into his hair.

“Don’t tell me I’m beautiful. I hate it when guys do that when they get you naked.”

“But you are beautiful.”

“And we only do this when we’re alone. Nothing public.”

“What else?” he asked, slipping his fingers beneath my bra strap, kissing my shoulder as he slid it off then unclasped my bra.

“Morning sex is amazing. I don’t agree to that.”

“Sleeping is too intimate. We can…oh”

His mouth closed over my nipple as his arm wrapped around my waist and he pulled me against him possessively.

“There will be sleeping, Willa,” he said firmly when he stopped and stood upright, his fingers gently tweaking my nipple as he looked into my eyes. “Anything else?” 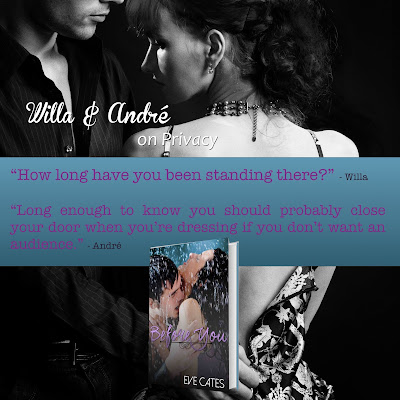 Eve Cates is a twenty-something author of contemporary romance. She loves all things naughty, demanding men and difficult situations (pass the popcorn please). She has currently penned three serials and one standalone novel, delighting her readers with forbidden romance and tortured souls.

Eve has loved writing ever since she picked up her first crayon and penned a note to her imaginary friend ‘Pok’. Accused of being a ‘dreamer’ as she grew, she’s taken that notion and turned her daydreams into stories to enthrall and satisfy her readers.

When she isn’t writing, you’ll find her at home with her husband, four children, and two dogs.