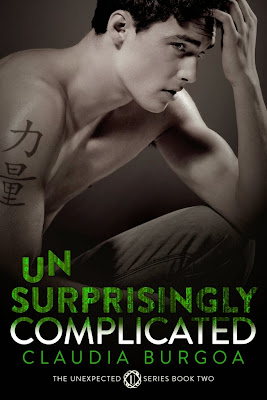 AJ The lies between my parents and I came to light and now I’m working on a new life for myself. Along the way, I have my trusty superhero, Mason, to lean on when I have a hard time standing or when my crazy ex-boyfriend continues to feel he has a claim on me. Porter has trouble understanding that there hasn’t been an ‘us’ for more than three years plus all the issues he had brought upon himself. My father was right, drugs do kill. My other concern is the growing feelings I am having regarding Mason. There’s something between us I want to explore but I keep getting mixed signals. Here, I thought that after telling my parents about my lies and having their full support, things wouldn’t be as complicated as they are. Mason My parents divorced before I even made my entrance into this world. My father has been obsessed with that love for years while my mother searches for love in all the wrong places. I don’t want a place to call home or a girl I can claim as mine. Except… Ainsley Janine –better known as ‘Nine’—has some special power that makes me question my preferences. The more I try to stay away from her, the more she pulls me closer. Exploring the possibilities of having something steady in my life isn’t a problem; it’s the long term that worries me. In addition to that, the scumbag she dated years ago keeps popping up everywhere we go. If I could use my license to kill, maybe I can stop worrying about one thing and concentrate on what to do with the green eyed girl who keeps me awake most nights. 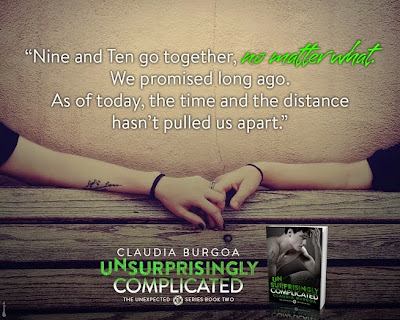 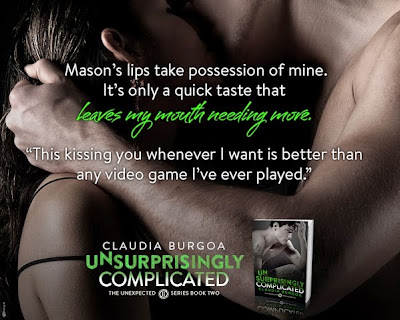 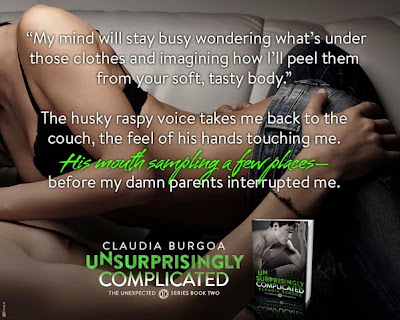 I come out of the shower and head to my closet. The second shower in the past two hours. Our romantic second date was running. Some watch movies, others go to galleries, and a few repeat the dinner scene. We went for a jog. Well, we jogged and chatted at Washington Park Arboretum. A great experience, as we had a regular Mason-Ainsley interaction: work, my plans for the school, why I quit the substitute gigs. I check myself in the full-size mirror while combing my hair. Today, I’m not trying to impress anyone, not even myself. A white tank top, a black maxi skirt, and a pair of flat sandals will have to serve its purpose. I pull my hair into a bun. Today’s a cleaning house and running errands kind of day. There’s a shopping list on my phone that MJ sent over; those two swear I’m their executive assistant. Maybe later, I can head to the farmers market for some fresh fruit for their place and mine. But before I do any of those, I head to the kitchen to grab a snack. But before I reach the kitchen, the bell rings. I walk to the kitchen and check the monitor above the refrigerator. One of the front porch cameras shows Mason’s grainy face; the other camera, his broad shoulders covered by a dark t-shirt. “In a minute,” I say pressing the intercom button. “Forgot something?” I question as I swing the door open. His eyes sweep over my body, from head to bottom and all the way back. That cocky grin appears, but I only see it for a few seconds as Mason’s lips take possession of mine. It’s only a quick taste that leaves my mouth needing more. “This kissing you whenever I want is better than any video game I’ve ever played.” “You’re such a geek, Mason Bradley.” My voice comes out dreamy because we both know that video games are one of his passions, and my kisses trump that. “Not that I mind you kissing me senseless, but you left twenty minutes ago saying ‘thank you for the best second date’ and I assumed you called it a day.” “Date number two is over.” He lifts his arm, and I notice he’s holding a grocery bag. “We’re on date number three, Nine. Breakfast time!” His excited voice resonates through the walls. My spine straightens, and I tilt my head as I stare into his gray eyes. “Three dates in less than twenty-four hours? That’s cheating the system.” In fact, part of yesterday’s conversation replays in my head. The exact words were, ‘I’m leaving later tonight for a job.’ “What happened to that mission you had last night?” I cross my arms, my eyes become two slits and my foot taps on the floor. “I delegated.” He lifts a shoulder slightly then slumps his entire back. Not sure if he’s being casual about it or regretting it. “Maybe I wanted to accelerate the process when you mentioned that five date rule. However, after you stopped obsessing with having the perfect date and loosened up, I got to enjoy parts of you I’ve never had before.” He gives me a peck on the lips. “Including the physical portion of a relationship. Today I want to spend more time with you.” Surprising, yet expected. For a guy who doesn’t believe, he’s wooing with his own style. Yet I’ve always known he’s sweet.

Born on the mystical day of October 30th in the not so mystical lands of Mexico City, Claudia grew up with a childhood that resembled a caffeine-injected soap opera. Seventeen years ago she ventured to the lands of her techie husband—a.k.a. the U.S.—with their offspring to start a new adventure. She now lives in Colorado working as a CFO for a small IT company, managing her household filled with three confused dogs, said nerd husband, two daughters wrought with fandoms and a son who thinks he’s the boss of the house. To survive she works continually to find purpose for the voices flitting through her head, plus she consumes high quantities of chocolate to keep the last threads of sanity intact.