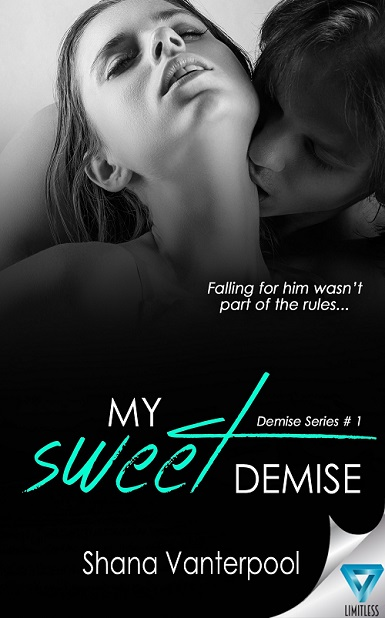 When twenty-one year old Raina O’Connor is kicked out of her room on short notice, she’s thrown into a frantic search for a new place to stay. As the situation becomes more urgent, her choices have dwindled to her least favorite option—ladies’ man, Kent Nicholson.

Kent Nicholson loves women, just not as a roommate…

When a gorgeous blonde with big hazel eyes answers Kent’s ad for a roommate, his red flags start flying. He’s looking for a wingman, not a chick who will put a damper on his game or drench his apartment in pink. It’s clear she’s in a bind, and something about her makes him break his own rules. But when he reluctantly accepts, it’s with four concrete conditions.

Be his wingman. Don’t get in his way with other girls. No bitchy attitudes. And most importantly, she can’t fall for him.

Pretty sure this was the world’s worst idea—ever…

Trust is something earned. Raina learned that the hard way when her father broke her heart as a child, making it easy to steer clear of relationships. But living with Kent somehow stirs emotions Raina has always forbidden herself to have. Plus, he’s everything she never wanted—untrustworthy, pigheaded…and gorgeous. Something tells her Kent isn’t free of his own secret scars…

Love can drag you down and spit you out, and be worth every second. 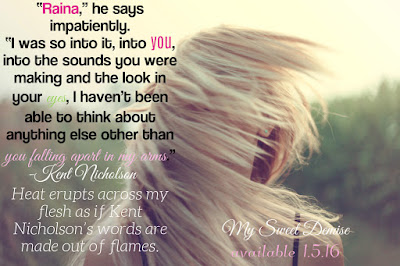 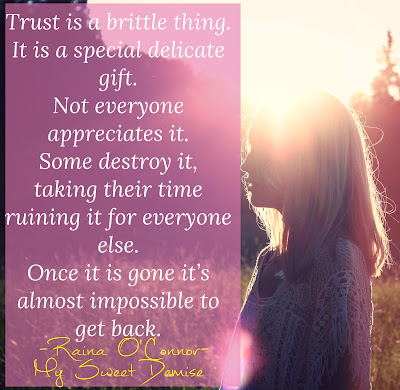 
Finally the lock sounds and light spills out of the open door. I examine the person on the other side of the threshold fearfully. He looks around my age, normal…and hot. I frown at him. Where are the cats? Where are the weird smells and that creepy I’ve got bodies older than you in my basement look the last guy gave me? I peek around him and spot a relatively decent-looking apartment. No fur, no plastic tarps, and his serial killer’s outfit must be at the drycleaners.

After establishing that my life isn’t in immediate danger, I examine him. After all, looks can be deceiving. Beneath his mussed light blond hair may be a man who is far more dangerous than one and his cats. He isn’t wearing a shirt. Considering this heat, I don’t blame him. His black jeans elongate his lean legs, emphasizing his height. I start at his toes for some reason, long, pale toes, and work my way up, noticing how his jeans hang off his narrow hips and how those hips lead up to a set of perfectly taut muscled abs set within the most delicious V’s I’ve ever seen. His chest and biceps both bulge slightly, as if he works out to look hot but not enough to show off. I follow his chest up to his long pale throat, past his strong jaw, and over a pair of sculpted, soft, pale pink lips.

Swallowing hard, I finally meet his eyes. They are bottomless and black, and like motor oil, they gleam in the light.

I inhale sharply and step back further. 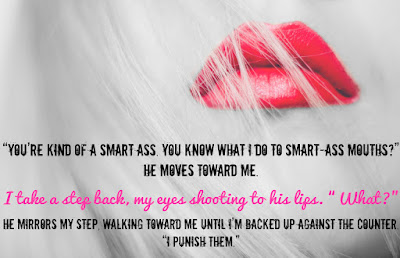 When I walk into a book store I feel at home. When I smell the pages of a brand new book things make sense. When I read I am who I always wanted to be. I read to escape and I write so others can as well. My family, my actress dog Bella, coffee, and a steamy love story are a few of my most precious things. My Sweet Demise is my debut New-Adult contemporary romance novel. Keep up to date with future releases by following on Twitter: @shanavauthor 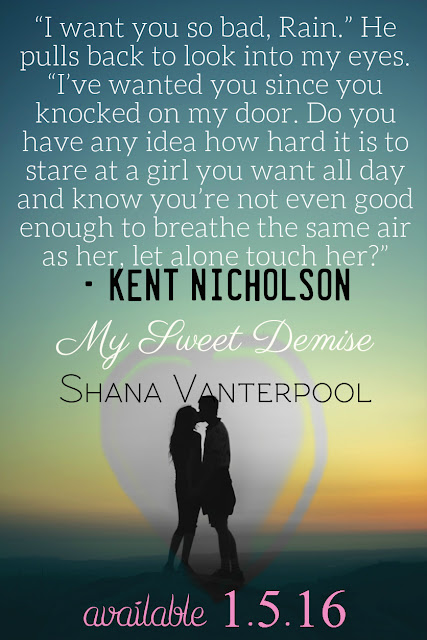