Blurb
It’s not always easy to differentiate between the good guys and the bad guys, especially when a trained killer may be falling in love with her evil hunter… Emma Hayes, a former military Special Forces Operative turned mercenary-for-hire, finds her tightly controlled world turned upside down when she becomes the target of attacks by powerful supernatural creatures. Emma must use every skill in her arsenal to stay alive as she tries to solve the mystery of why she has been targeted. Her list of enemies keeps growing - from Zane Shayde, an evil Mage, to a secret branch of the US government - and she doesn't know if there is anyone left she can trust. To complicate matters further, Emma is inexplicably drawn to Zane in a way she does not quite understand, even knowing her life is forfeit if captured. Who is he and why does he have this affect on her? How can she fight someone who calls to her, body and soul? Emma is left haunted by questions, doubts and fears as to why she has been targeted, when they will come for her next, and how she will possibly survive against an enemy she doesn't understand.

Amazon US | Amazon UK | B&N | Smashwords | iBooks | Kobo
Review
I was given book for honest review. Emma has taken a job and is now on the run. Things get so bad and turned around she doesn’t know who to trust anymore. Fast paced with magic flying adventure that keeps one turning the pages just to see what kind of trouble finds her next. Creatures of legend set loose, fight for your life death scenes, unrequited love, this book has something for us all. Needing the next book in the series right now. 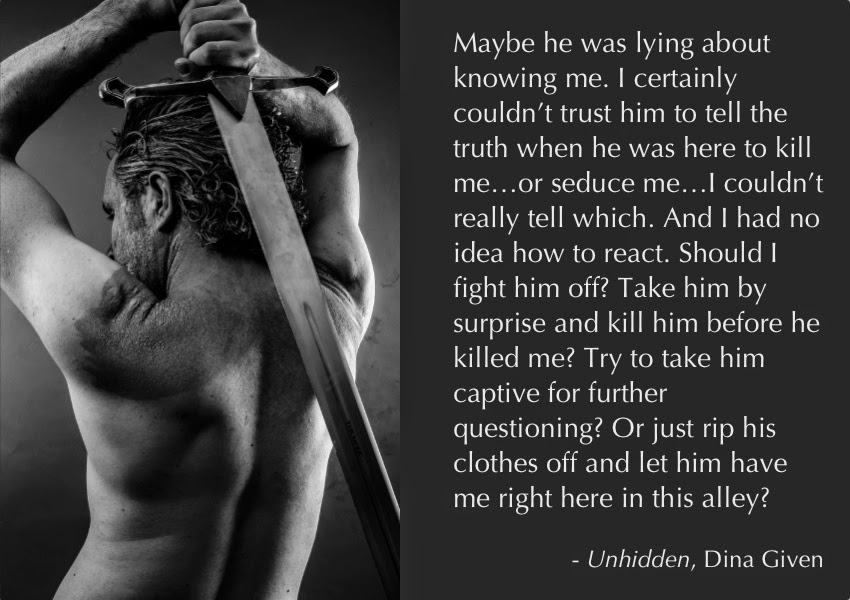 Excerpt
The highway was empty, but Lilly continued to swerve randomly because an unpredictable moving target was harder to hit. The chimera threw another firebomb, and Lilly avoided it by mere inches. Realizing it wasn’t having much luck with this tactic, the creature tried a different approach. The chimera flew lower until it could peer through the missing rear window of the car. “Oh, shit! It’s going to blast us,” I realized. “Not if I blast it first,” Jason responded. He aimed the grenade launcher I had been using earlier, but the chimera was faster. It let loose a burst of flame from its throat. Lilly tried to stay ahead of it by speeding up yet was only partially successful. The tail end of the flames still reached the back of the car. I had ducked behind the seat, but Jason was still intent on aiming his weapon, and the molten phlegm touched his arm. Jason’s scream of pain pierced the night, but the sensation also caused his hand to spasm and depress the trigger before he dropped the weapon. He landed a perfect shot right to the chimera’s head, although when the smoke cleared, the creature was still coming. The grenade didn’t seem to have seriously injured it, but it must have been enough of a nuisance to cause the creature to fly farther back from the car. “Jason! Are you okay?” It sounded like a stupid question even as I said it, but I didn’t know what else to say. He clearly wasn’t okay. He had managed to put out the flames; however, the skin underneath was charred black and melted. He clutched his wrist, his face twisted in an agonized grimace. The chimera came at us again, but this time, it rammed its full body weight into the side of the car, tipping it onto two wheels for a moment before the car righted itself again. “We can’t stay out in the open like this,” Alex said. “I know, I know. I’m working on it!” Lilly turned off the highway and onto the Brooklyn Bridge. The network of steel cables that crisscrossed the historic bridge framed the roadway like a prison, making it impossible for the large chimera to fly alongside or directly above the car without slamming into the cables. The chimera was forced to pace us along the outside of the bridge over open water. Alex shifted in his seat, pulling out his rune-carved staff. He rolled down the window, pointing his staff down toward the churning, black waters below. He muttered indecipherable words under his breath, his green eyes developing a deep luminescence I was learning signaled the use of magic. Nothing happened at first, then a roaring began, like the sound of a freight train. It rapidly grew closer, louder. Jason and I leaned toward the window, trying to figure out what Alex was doing, when a geyser of water shot up from the East River, rising hundreds of feet into the air. It slammed into the chimera with such force the beast howled and went spinning through the air toward us. The chimera was pitched violently into the steel cables of the bridge. Several cables snapped, and the bridge swayed slightly under the impact. “You’re going to destroy the Brooklyn Bridge!” I screamed in horror, slapping Alex in the back of the head. “Figure out another way to kill that thing without destroying an iconic landmark.”

Dina Given lives in rural New Jersey – home of farms, horses and the largest hot air balloon festival in North America – with her husband, two crazy kids, and one rescue dog. She is an exercise enthusiast and avid lover of food and wine (hence the need to exercise). Dina also works full time for one of the largest healthcare companies in the world. She attributes her ability to juggle family, work and writing to her obsessive, hyper-focused, Type A personality. 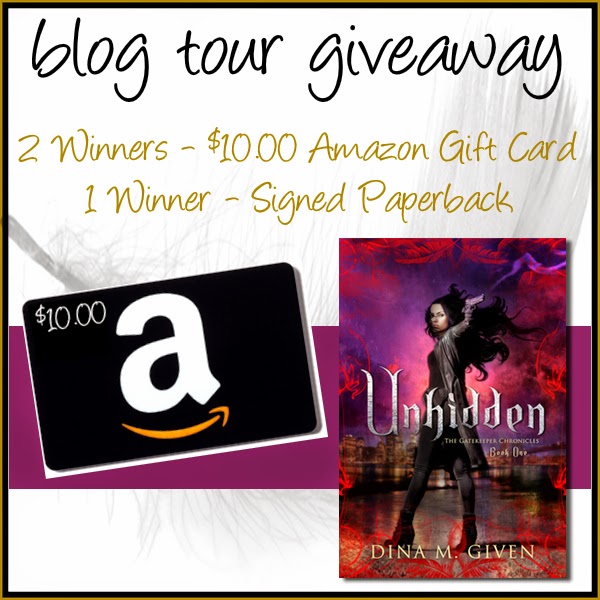