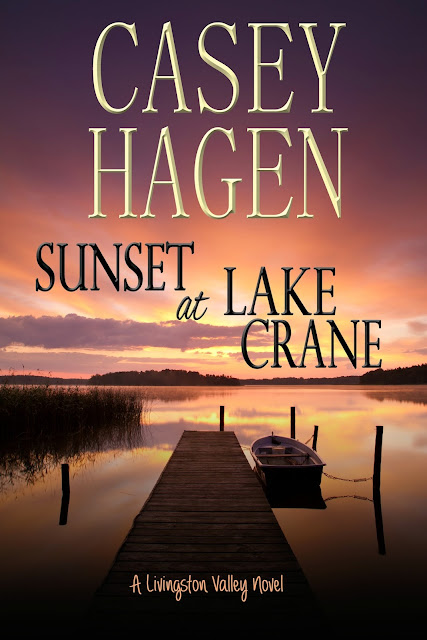 Love, truth, and pain lie buried beneath the Sunset at Lake Crane . . .

Faced with a blackmailer’s ultimatum, 19-year-old Erynn O’Neal protects her lover by disappearing from his life. Brokenhearted, she vanishes—and takes a life-altering secret with her.

Grant Alexander crossed the line when he took former student, Erynn O’Neal, as his own a mere two months after her high school graduation. Knowing the truth revealed would shred his career and reputation, he accepted the risks in exchange for the promise of a lifelong love. A heartbeat later, Erynn abandoned him without a word.

Years pass as Grant and Erynn lead separate lives–he as a reclusive author, she as an ambitious reporter. Yet, despite scarred hearts, true love lost is never forgotten, and Grant devises a way to draw Erynn back into his sphere of passion. Their aching hearts begin a tentative détente, but old jealousies flare, devastating truths come to light, and Grant and Erynn must resurrect and overcome the painful secrets of the past if they’re ever to love again. 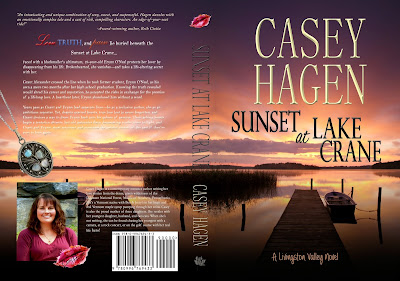 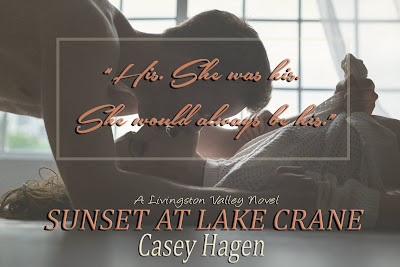 
He stood in front of his desk, tension radiating from the ri-gidity of his shoulders when he asked in a rough voice, “What’s his name?” At the change in Grant’s voice, Brewster sat up on his bed and glanced back and forth between them.

She turned to him, hoping he would get the point when she said, “I do.”

She saw it. The flash of hurt before he masked it. “So it’s se-rious?”

“We own a home together.”

He shook his head. “That’s not an answer.”

She held her hands up, palms out. “It’s the only one I have.”

He stalked her, a predatory gleam in his eye. She knew the look—in the right situation, that look alone could get her half-way to a mind-shattering orgasm. Something she hadn’t experi-enced since him. Talk about the wrong time to acknowledge that only he had the power to turn her inside out with pleasure, almost to the point of pain.

“And what about us?”

Her heart tumbled in her chest. She held eye contact. She needed him to understand. So that no matter how close he got, no matter what he did, she would not back down. “There is no us.”

“We kissed,” he whispered. His eyes locked on her mouth. She struggled to keep still and not squirm under his intense stare.

“You kissed me. There’s a difference.”

“You kissed me back.” He laughed without humor. “There’s something. At some point, we’ll have to address it.”

She took a deep breath and tried another tactic. “Aren’t you seeing someone? I mean, you went somewhere Saturday night, a sleepover.”

He smirked at her. “I see someone.”

“So it’s not serious?” The words were out before she thought about what she had done, and his smile grew. She’d showed an interest. She’d screwed up, and his smug expression said he was celebrating his victory.

His tone invited no argument, but the reporter in her wanted to know. So did the woman. “Why?”

With surprising speed, he spun toward her. He leaned his face within inches of hers, the muscle along his jaw jumping. “Can you, Erynn? Can you handle it?”

“Absolutely.” She stood her ground, leaning toward him with almost as much aggression as he’d leveled at her. “I don’t do serious because—” He closed his eyes, and when he opened them again she saw more agony in those their depths than she thought possible. “I’ll never give another woman enough of me that she has the power to gut me when she walks away. Not. Ever. Again.”