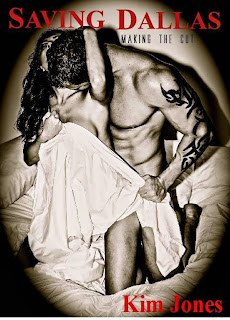 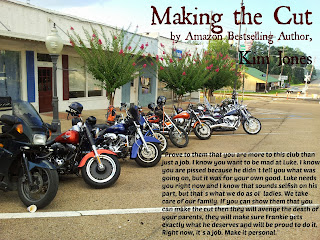 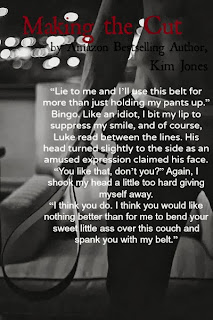 
She went searching for a one night stand and ended up falling in love with Luke Carmical, President of the Devil’s Renegades Motorcycle Club. Now she must decide how to handle the aftermath of Frankie’s brutal assault and the knowledge that Luke has been lying to her- about everything.  Secrets are revealed and more lies exposed as Dallas Knox, CEO of Knox Companies, becomes more involved in the MC. She wonders if this life is enough for her, if this family is really what she wants. When circumstances present her with an unusual twist of fate, Dallas knows without a doubt, that this is the family she has longed for. New problems occur, traumatic events take place and lives hang in the balance as Dallas has to decide what is really most important in life.


The journey is long.


The outcome is uncertain.


Can she Make the Cut?

Purchase links for Making the Cut 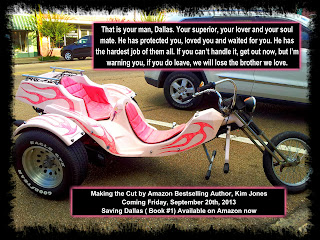 
Kim Jones is a writer with big dreams and a creative imagination. Her infatuation with the MC lifestyle inspired her to write a short story about a love affair between a prestigious young woman and a bad-ass biker. After falling in love with her characters, she turned the ten-thousand word short story into a novel. Juggling her full time job as a payroll clerk, her writing, and her role as ol’lady to her husband, Reggie, her first novel, Saving Dallas, was published in May of 2013.
Kim resides in Collins, MS with her husband and two dogs. She plans to write three books in the Saving Dallas series. The final book will be released in early 2014.