Stepping Over the Line Release 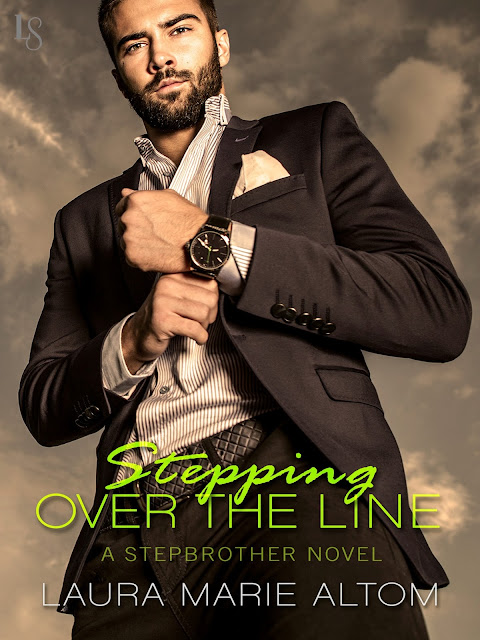 As the chief legal counsel for dot-com billionaire Liam Stone, Garrett Marsden has grown accustomed to being universally loathed. In fact, he welcomes it. Because the bigger the fight, the easier it is to run from his desire for someone he can never have: his stepsister. But when Garrett flies back to Julep, Mississippi, for Savannah’s med school graduation, a steamy encounter makes all his wildest dreams come true—and leads to his undoing. Because that’s when he meets Savannah’s boyfriend. . . .

Five years later, Savannah Boudreaux couldn’t be happier as a small-town Southern doctor and single mom to a young son. There’s only one thing missing. Her stepbrother, Garrett, has just been released from prison, and although he may be a free man, he’s become a bitter shadow of the kind and caring man who once came to her rescue. Now Savannah will cross the line to save Garrett from himself: to prove that he can live his life, love whoever he wants . . . and be a wonderful father to their son.

Laura Marie Altom is the author of more than forty books in three different genres. Now that her kids are in college, Altom spends her days writing and chasing after a menagerie of pets: a mini long-haired dachshund named Cocoa, a Yorkie named Chewie, a mutt named Sweet Pea, a giant kitty named Foxy, and Domino—a black-and-white stealth cat she rarely sees. She’s happily married to her college sweetheart (go Hogs!), and when night falls, she steals a few romantic moments for herself with her own hunky cover stud.