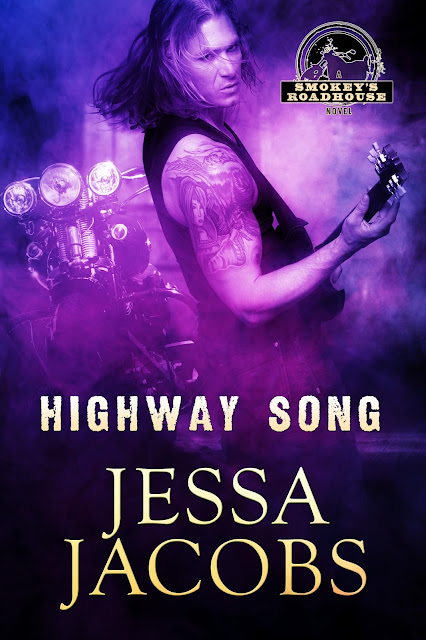 How did that famous quote from that old movie go? Of all the gin joints in all the towns in all the world...

Well, this was a biker bar, not a gin joint, and there wasn't really a town nearby. But to have my long-lost stepbrother show up in the very place I'd washed up a month earlier like flotsam from a shipwreck - that was the same kind of irony.

Thank God he wouldn't recognize me. I'd been ten years old when he last saw me seventeen years ago. Too bad for my battered heart that I now recognized what I'd only sensed as a child. My stepbrother the rock star was hot. 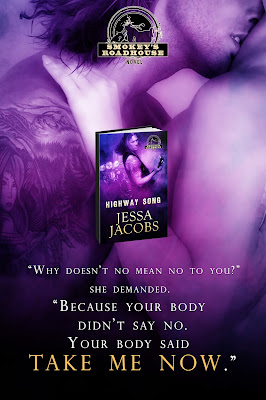 I was lifting a mug of ice-cold draft beer for my first swig when the exclamation from our manager, Mark Brent, caused me to miss and splash half of it over my hands as I flinched. The sound of Mark’s chair hitting the floor as he jumped to his feet accompanied his exclamation. I jerked my head up, getting ready to rip him a new one, only to see him running out the front door of the bar. I set my remaining beer down quickly and then followed Mark at a brisk pace, along with the others.

As soon as I was out the front door, the rest of the band members clustering around me, I saw the reason for Mark’s alarm. The bus was on fire.

Joe, the driver had an inadequate-looking fire extinguisher aimed underneath the vehicle, where black smoke roiled out unchecked by the foam. As soon as the guys saw what was going on, pandemonium broke loose. Unlike bigger bands, ours traveled with no crew. Our instruments and accessories, all but a drum kit, were in the luggage hold, perilously near the fire. Ike, the drummer, was the only one who didn’t run to the bus to rescue equipment, besides me.

I froze for half a second, and then used lungs more used to belting out rock music to yell. “Guys! Get away from there! It could go up. Holy shit, it’s just things.” Axel, Kirk and Cole ignored me, while Mark took off after them. I turned to Ike. “Call 911!”

“Rex, take a look around. There’s no town. This is just a shitty little biker bar in the middle of BFE-nowhere Wyoming. Where do you think a fire crew is going to come from?”

I lifted my gaze and stared out at the highway stretching from the east horizon to the west. Ike was right. Not a building in sight, other than Smokey’s Roadhouse, the bar where we’d stopped for lunch. The smoke from under the bus was dissipating though. Maybe the fire extinguisher had been enough after all.

Mark had managed to pull Cole, the bass player, away from the bus, but the two guitarists were still banging on the luggage hold, as if that would make it magically open. I couldn’t blame them. Between them, they probably had thousands of dollars’ worth of back line in that hold.

By rights it should have been in a crew bus. Even as I watched the bus destroy what might be our last chance to make it before some of the guys bailed on me, I knew it was my fault. Extinction wasn’t just our band name. It was a real possibility for our careers if this damn fire meant the bus wasn’t road-worthy.

He didn’t recognize me, thank God. I couldn’t afford for anyone to know who or where I was. After I calmed down, I reasoned it out. It had been seventeen years since he’d last seen me, and I was only ten at the time. There wasn’t a snowball’s chance in hell he’d know me now. Not only had I grown up, I’d grown up hard.

On the other hand, I knew what that cool once-over meant. His eyes lingered on my cleavage a second too long. If I knew men, and I had good reason to, he’d make a play for me sometime tonight. I couldn’t let that happen under any circumstances. It would just be too weird, even though our relationship was less than nothing.

His mother had married my father nineteen years ago. Like most of the women Dad attracted, she took off soon, though she did manage to last two years. She took her seventeen-year-old son with her. She hugged me before she left, and whispered, “I wish I could take you with me, honey, but he’d come after us. I’ll report him to the authorities.”

I had no idea what that meant, then. And if she did, it went nowhere. My dad needed a substitute punching bag, and I got nominated by default. Whenever I hid from him, I pretended my big stepbrother, Rick, would find me and take me with him this time. But his last words to me, “See you kid,” never came true. I hadn’t seen him again, until now.

The men at the table with Rick called him Rex. I’d changed my name too. During the course of an otherwise slow afternoon, I gathered a few bits of information as I served them. They were a band—a rock band I assumed—and their bus had caught fire in our parking lot. It looked like it wasn’t going anywhere soon. My boss, Smokey, said it would probably take the rest of the day for a mechanic to get here to assess the damage. Highway 80 had plenty of traffic, but it was a long stretch of just about nothing from Rawlins to Rock Springs. 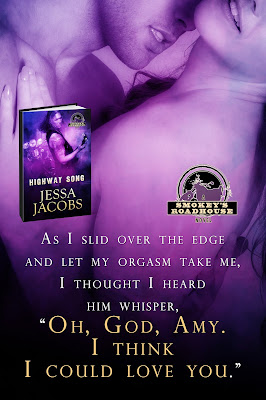 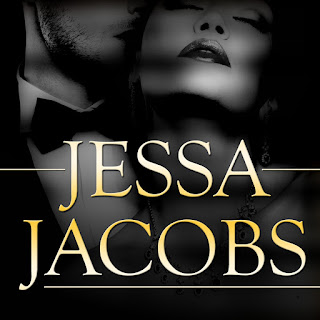 Like you, I'm a reader. When I read a good story with characters I can connect with, my everyday existence fades into the background as I enter a world that may contain exotic locations, adventure and excitement. And, if I can be totally honest with you, in my favorite stories I can fall in love for a while with an impossibly gorgeous guy who is the best lover imaginable.

So, maybe it won't come as a surprise that in my books you'll find hot alpha male book-boyfriends, sassy heroines who are much more clever and beautiful than I am, and stories I hope will make you laugh and cry while reading them, as I did while writing them. Oh, and some scenes you may want to role-play with your lover.

If you'd like to know more about me, my books, or special offers for free reading, please check my website at www.jessajacobs.com.