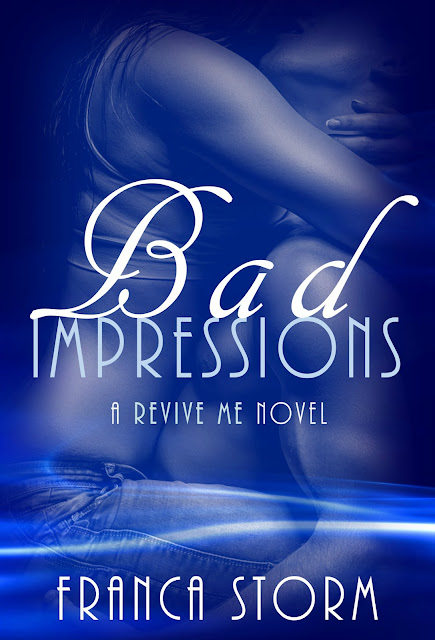 Having escaped a bad situation with an obsessive ex, Sophie Clinton is relieved when she returns to the safety of her hometown to lick her wounds. Until she runs into Brad, the man who took her virginity and broke her heart. The last thing she wants is to deal with him and all the drama of their past. But her older brother’s best friend isn’t easy to resist—or to avoid, in their tiny town.

When his best friend’s little sister returns to town, Brad Marsh knows he should keep his distance this time around. A year ago he crossed a major line with her. He’s been unable to shake the guilt of their drunken, misguided night of passion. He’s not about to make that same mistake again. But the fiery, all-consuming pull between them is stronger than ever. It might not be that easy for him to keep his hands off her. 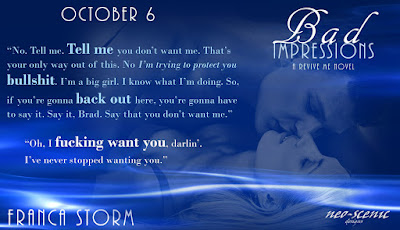 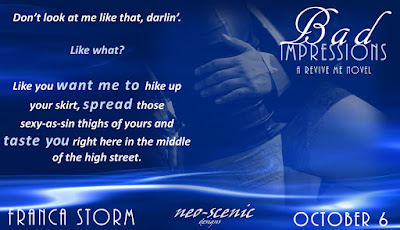 It had been two weeks since I’d unceremoniously shown up at Brad’s place and broken down like a weak, pathetic mess after asking him to teach me how to defend myself.

Every day since, he’d been teaching me what I’d asked. He was a good teacher. He was good at giving easy-to-follow instructions. He knew how to work up to complicated moves well and he was unbelievably patient.

“You know this,” he chastised me.

He had me pinned to the floor in his living room and I was thrashing about beneath him like an idiot. I didn’t know where the hell my head was at. Actually, I did, but…I couldn’t risk going there.

“Hook my wrist and grab behind my elbow with your other hand. Pull my arm into your chest. Then, use your foot to trap mine, as well as my leg. That’s when you lift your hips and turn hard to regain the dominant position,” he instructed me.

“So, do it. Christ, Soph! You know this. You’ve done it countless times.”

I stopped struggling and collapsed back onto the ground, defeated. “I’m a little distracted, okay?”

“By what?” he fumed, pushing off me and climbing to his feet.

He grunted irritably and adjusted his sweatpants. “It’s those fucking shorts.”

“What?” I demanded, getting to my feet, too.

He pointed at my black spandex shorts. “They barely cover your ass and they’re so fucking tight. And that…neon sports bra…it’s not helping the situation.”

“I get too hot in sweats and a hoodie.”

“Fine. I’ll turn up the air conditioning then.”

“You’re being ridiculous,” I said, stomping over to him.

He glowered down at me. “Am I? My dick sure doesn’t think so.” He grabbed his erection through his pants–actually grabbed it, right in front of me.

I quickly averted my eyes. “You need to work on your self-control.”

He stepped into me then, his body pushing against mine. “For the last two weeks, I’ve had you writhing in my arms, dressed in next to nothing and I haven’t laid a hand on you in a sexual way. And you have the nerve to tell me that I don’t have self-control, woman?”

“I’m not a brunette with huge tits, so you shouldn’t have a problem at all.”

“What are you talking about?”

“I saw her. The woman doing the walk of shame from here a few weeks back.”

He seemed surprised that I knew for a few seconds, before quickly brushing it off. He stepped back and turned away. “Let’s take a break. I need some water anyway.”

“I guess that’s the end of that conversation then,” I muttered under my breath, as I followed him into the kitchen area.

He spun around suddenly, catching me off guard. “What conversation? You saw a woman leaving my place. Yeah, I fucked her. And?”

I shrugged my shoulders. “And…nothing.”

“Really? You’re sure? Cuz, from where I’m standing, it sounds like you’re jealous.”

I scoffed. “Do you ever get tired of your own arrogance?”

“It’s not arrogance. Arrogance would be me going around saying that my cock is the be all and end all, ruining every woman I fuck for any other man thereafter, or some shit like that.”

Oh shit. The words were out of my mouth, before I could stop them. I instantly regretted it when I saw the look on his face.

He shifted his weight. “What?”

He scoffed. “Darlin’, a man can’t just forget a claim like that.”

He blew out a breath and slumped against the fridge. “I was trying to protect you.”

“You said that before. It didn’t make sense then and it doesn’t now,” I pushed.

“You would’ve stayed here, if I hadn’t blown you off.”

“I saw it, Soph. That look in your eyes. It was the same goddamn look in mine.”

“I’m saying…it was more than sex to me. Much more.”

“You were young and naïve. I had to be the one to make the break.”

“So, it wasn’t about me being Ollie’s sister then?”

“I’m not gonna lie, that was also a factor. But, not the main one. Hell, the damage had already been done at that point. I’d already betrayed him by fucking you.”

“I thought you…I thought I was just another one of your sluts.”

His eyes flashed. In the next second, my back was against the fridge and he was looming over me. “You would never be one of them. Never, Soph.”

I could barely breathe with him so close to me. I don’t know how I managed it, but I eventually found my breath. “I…you were the first.”

I’d never seen him so shocked in all the time I’d known him. “You were a virgin?”

I nodded, biting my lip nervously.

He closed his eyes tightly for a moment and drew in a breath. When he opened them, they were full of pain and regret. “Christ, why didn’t you tell me?”

“I don’t know. I guess, I was worried. I didn’t want you to stop. I wanted you. I wanted that first time to be with you.”

“But…how could you have been a virgin? You were dating that prick, right? And…what about all the guys fawning over you in high school?”

“Jake and I hadn’t done anything at that point. I was…scared, I guess. As for high school, you remember my brother, right? No one dared to get close to me. They were all terrified of him. And you, ironically. The two of you blocked any guy who took an interest in me.”

That made him laugh a little. But it didn’t last long. That pained look was back just as quickly.

“I wasn’t gentle, Soph. Hell, I was drunk and fucked up, because of the shit that’d happened that week.”

“Still…fuck. If I’d known, I would’ve…taken my time with you.”

A flurry of emotions played on his face. They shifted so quickly, that I couldn’t pinpoint any specific one. They all blended together. I couldn’t tell what he was thinking. Was he mad about what I’d told him? Did he feel betrayed, because he hadn’t known the truth about me at the time? I’d intended to tell him that night, but everything had happened so fast. And, as soon as he’d touched me, I hadn’t been capable of rational thought. The only thing I’d known then was that I hadn’t wanted him to stop; not for anything. I’d wanted him for so long and that night he’d finally reciprocated it. He’d wanted me. There was no way I could’ve walked away from that.

When he finally spoke, I released a stilted breath that I’d apparently been holding in the entire time.

“I need to rectify this,” he declared in an off-putting, matter-of-fact manner.

My brow furrowed. What the hell was he talking about? “How?”

He answered by lunging at me and hauling me off my feet.

Before I knew what was happening, he was carrying me out of the kitchen. 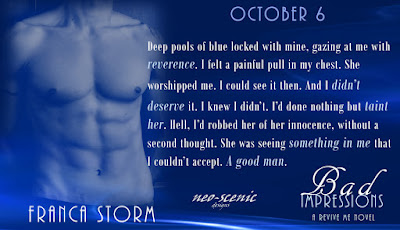 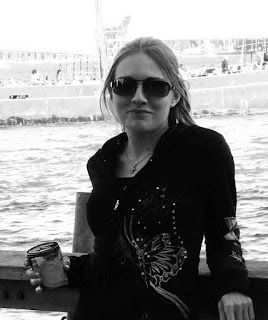 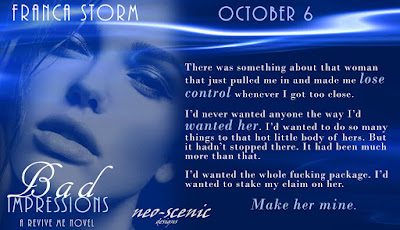 a Rafflecopter giveaway
Posted by Unknown at 7:20 AM