All Cried Out Reveal 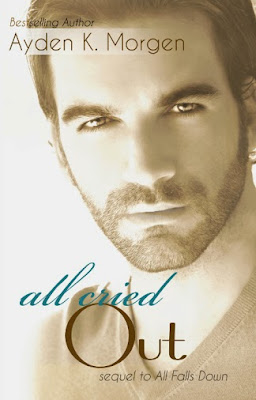 All Cried Out
Sequel to All Falls Down
By: Ayden K. Morgen
Genre: Contemporary Romance
Cover by: Jada D'Lee Designs
Publication Date: 6/7/15

With Jared Corbit and Savannah Martin's wedding day quickly approaching, everything should be golden for the two, but their trouble has only just begun. When the media learns of the damage Stewart Paulson has inflicted on the Talbot family, Savannah and Jared get caught in the cross-hairs.
Even worse, the past has caught up with Savannah in a big way, and nothing will prepare her or Jared for the danger headed their way or the devastating decisions they'll be forced to make as a result.
Jared's determined to protect his fiancée from the people milling in the shadows, but good intentions only go so far. When Savannah learns the truth he's desperately trying to keep from her, their future together begins to unravel. How can she trust him when he's lying to her? And just how far is he willing to go to protect the woman he loves from her past?
All Cried Out, told exclusively from Jared's POV, is the exciting follow up to Ayden K. Morgen's All Falls Down.
All Cried Out is available for pre-order on Amazon US
25% of proceeds from All Cried Out will go to the Polaris Project, a national nonprofit working to combat human trafficking around the world, in honor of Cassie M. Combs. You can learn more at http://polarisproject.org. 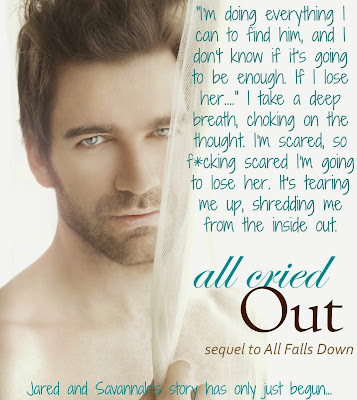 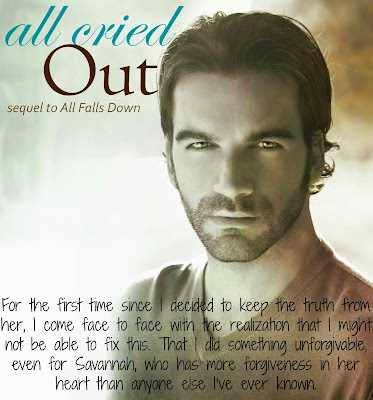 All Cried Out Excerpt: 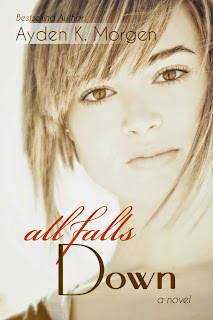 When Savannah Martin walks in on her abusive boyfriend and her best friend in bed together, she thinks life can't possibly get any worse. And then she wakes up in a hospital in Italy, scared and alone. With nowhere left to go, Savannah runs to the family who took her in when her mother abandoned her as a teenager.
But things aren't as simple as they were then.
For starters, two years of constant emotional abuse has broken Savannah in ways she's not sure can be repaired. And patriarch Matthew Talbot has been murdered, leaving his eldest daughter, Lexi, in charge of a global non-profit and her younger sisters.
Jared Corbit, Lexi's gorgeous boyfriend, is the only thing standing between her and whoever murdered her father. That doesn't stop Savannah from falling in love with him. She knows it's wrong, but she just can't stay away from him when he makes he feel like no one else ever has before.
Finding out his relationship with Lexi is a ruse should make things easier, but when the truth is finally revealed, Savannah's fragile world threatens to fall apart. There's a murderer on the loose, and he's gunning for the only family she has. To save their lives, she and Jared will be forced to make a decision that just might destroy her completely.
How is she supposed to let the man she loves be with another woman? 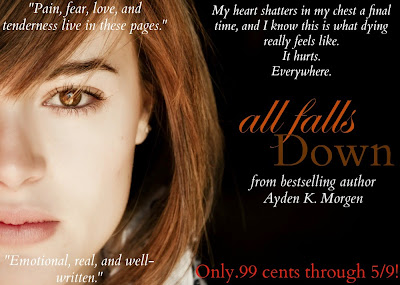 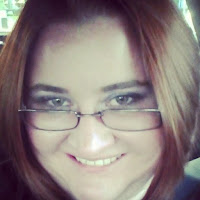 
Ayden also writes Young and New Adult fiction under the penname A.K. Morgen.
You can find Ayden on Twitter, Facebook, or via her website at http://aydenmorgen.com. You can learn more about her YA/NA fiction at http://akmorgen.com. 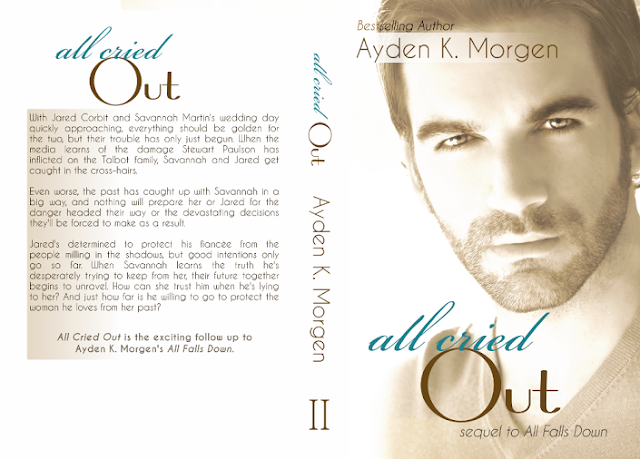