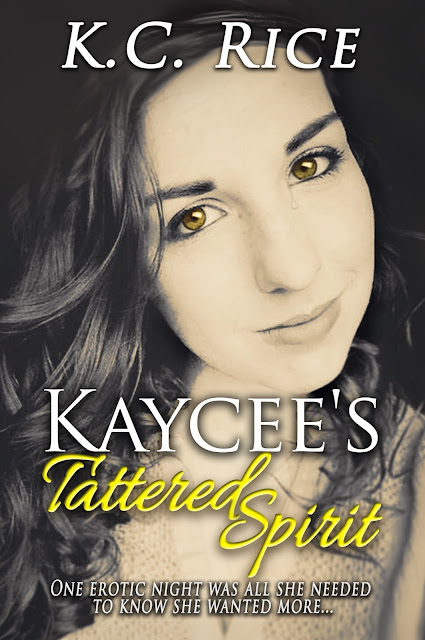 What do you do when you find yourself in love with two men at the same time? One being your husband the other a faceless stranger.

That’s what Kaycee wonders to herself, when she meets Mason on an online media sight. Things just seem to click between them, they soon become fast friends. But it doesn’t stop there, she’s not quite sure how it happened, she didn’t intend for it to, but she’s fallen in love.

But what about Shane, her husband? Their love was a fairy tale, until he became controlling and abusive. Kaycee once again becomes tattered and bruised by Shane’s actions over the years and now as his demeanor worsens all the rips and bruises, she’s experienced to her spirit deepen.

She’s ready to make a break, but fearful of what will come if she steps away from the only life she’s ever known. Kaycee must decide. What should she do? Where should she go? Will Mason be there for her and with her in the long run, or will she be left alone? 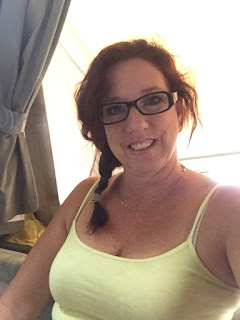 K.C. Rice, known to her family and friends as Kathy Rice, is a self-proclaimed sophisticated red-neck, born and raised in Frankfort, KY. Married twenty-six years to her first love, mother of three, and Grandmother, "Nana" of two. She enjoys the simple things in life. She's always had an overactive imagination as a child, and has yet to outgrow it. She loves spending time in front of a blank canvas, painting landscape scenes with oils. And just recently decided to share her imagination with others, by trying her hand in creative writing.

Her first book, Deadly Passion, debut on June 18, 2014. A suspense romance, about a homicide detective trying to solve a triple murder case, a sexy, unexpected, unwanted partner, and her own death threats. All while trying to keep her libido in check, which is very difficult considering her body refuses to cooperate. When she decides to become human bate for the murderer, has she bit off more than she bargained for? Can her sexy new partner save her?

Book 2- Anguish- Wil's Story, Went live September 9, 2014- the sequel to Deadly Passion- This story depicts Wil's past and present struggles, as he fights to prove to himself and those he's lost that he isn't a failure. He takes it upon himself to go on a covert operation, in an attempt to rescue a brother in arms - in the process does he find himself or lose everything.